The holy alliance between Netanyahu and the ultra-Orthodox

With Prime Minister Benjamin Netanyahu ceding to all their demands, Israel's ultra-Orthodox parties are in no hurry to dismantle his government. 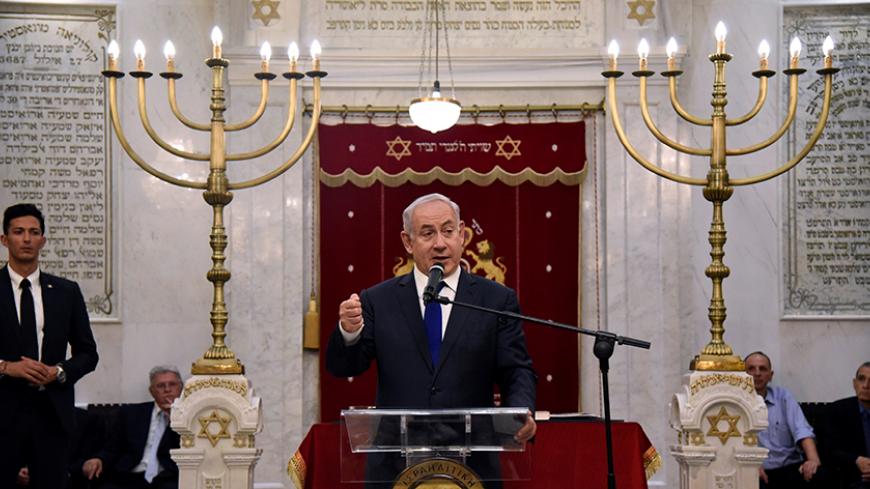 Knesset member Moshe Gafni from the ultra-Orthodox Yahadut HaTorah party made an interesting comment June 12. Speaking at the Haaretz Peace Conference, the chairman of the Knesset Finance Committee said, "The left is more intelligent than the right," adding that "in terms of the diplomatic process, I am closer to the left." As he put it, the Palestinians were here before us, and we are living in the land of Israel because of a divine promise made by God to the Jewish people.

While Gafni came under sharp criticism from his own party for this, the left, particularly the Labor Party, applauded him. His remarks strengthened their belief that they could enlist the support of the ultra-Orthodox in their efforts to replace Israel's right-wing government. The top candidates for the Labor Party leadership announced that they have excellent ties with the ultra-Orthodox and promised to form a coalition with them. Chief among them is Knesset member Isaac Herzog, who, thanks to his grandfather Yitzhak HaLevi Herzog (Israel’s former chief rabbi), is considered popular among politicians and many ultra-Orthodox rabbis.

This week, however, the left was reminded that Prime Minister Benjamin Netanyahu can offer the ultra-Orthodox much more than they ever could. And he did. Just one and a half years after it was approved by the government, the "Western Wall compromise" received its last rites and was buried by that same government. The plan to allow non-Orthodox denominations to pray at the Western Wall in accordance with their own beliefs and traditions was passed in January 2016 with the silent consent of the Cabinet's ultra-Orthodox ministers. It took just a short time before those same ministers succumbed to pressure from their rabbis and from articles appearing on ultra-Orthodox websites by launching an attack on the compromise. On June 25, it was officially frozen.

Without surprise, the decision was further evidence of the strength of their political alliance, an alliance that will be very hard to violate. Netanyahu decided to suspend the Western Wall compromise despite heavy pressure from American Jewish leaders — many of them members of the Reform and Conservative movements — and quickly paid a price for it. Just one day after suspending the compromise, the Jewish Agency’s board of governors announced that it was canceling a dinner with Netanyahu to protest the decision.

The relationship between the Likud and the ultra-Orthodox parties has a long history, but in the current government, the parties are closer than ever. One of the main reasons that the previous government fell in late 2014, and Netanyahu decided to hold early elections, was a proposal by Yesh Atid party Chairman Yair Lapid to Yahadut HaTorah Knesset member Yaakov Litzman that they form a government together without the Likud. At the time, Litzman claimed that senior members of Yesh Atid promised to give the ultra-Orthodox everything that the Likud was prepared to give them, including repealing a series of laws that were considered red flags to the ultra-Orthodox community. These laws included the core curriculum law, which made the granting of budgets to ultra-Orthodox educational institutions conditional on their inclusion of English and the sciences in their curricula.

Litzman informed the prime minister of the proposal, and Netanyahu concluded that his coalition's days in power were numbered. He therefore signed an agreement with the ultra-Orthodox that focused on cooperation after the elections in exchange for the repeal of all of Lapid's achievements during the two years he was part of the government. The result of this was that after the 2015 election, the ultra-Orthodox became the senior partners in the coalition. What they called the "Lapid decrees" (such as core curriculum law and Israel Defense Forces drafting) were repealed one after the other.

Government funding has started flowing back to the ultra-Orthodox sector under the current government. Based on figures from the Israel Democracy Institute and reports from the Knesset's Finance Committee, budgetary support for rabbinical colleges amounted to 564 million shekels ($160 million) during the 2014 Netanyahu-Lapid government. In August 2016, the government approved almost doubling this to just over 1 billion shekels, while in March 2017, a budget of 1.22 billion shekels was approved for this year. Furthermore, in April of this year, the Finance Committee approved special budgets amounting to more than 600 million shekels to ultra-Orthodox education for various purposes, including the renovation of buildings, raising salaries of preschool teachers and increasing budgets for cultural events. Similarly, the supplementary income stipend for yeshiva (Orthodox college) students living below the poverty line was also renewed.

In the current government, ultra-Orthodox politicians can take credit for numerous achievements in other areas that affect even larger swaths of Israeli society. In addition to the suspension of the Western Wall compromise, on June 21, the ultra-Orthodox parties raised the issue of railroad maintenance on the Sabbath again, this time in the south. A few ultra-Orthodox Knesset members even issued threats against an approval of the maintenance work. Minister of Interior Aryeh Deri, who is the leader of the ultra-Orthodox Shas Party, and Health Minister Yaakov Litzman went so far as to demand an urgent meeting with the prime minister. Nevertheless, one senior ultra-Orthodox politician told Al-Monitor on condition of anonymity before this meeting that the crisis was staged: "No one among us was really making threats, because we will never have a more convenient government to work with, and Netanyahu would never harm us in front of our constituents." In fact, Netanyahu, Litzman and Deri were all smiles when they left the meeting June 22 to announce that most maintenance work on the Sabbath would be canceled, and that a committee would be formed to determine what really must be done on the Sabbath, and what can wait for weekdays.

Unlike party leaders from the center and left, Netanyahu has no backbench opposition from his own party to his agreements with the ultra-Orthodox. In fact, the situation is very much the opposite. Knesset member David Amsalem released a statement in support of suspending the Western Wall compromise, and Knesset member Miki Zohar proposed a new law to ban the opening of businesses on the Sabbath. The list goes on and on. In contrast, the Labor Party and, of course, Yesh Atid, have a significant liberal wing, which would voice vociferous opposition to any agreement such as the one Netanyahu reached with the ultra-Orthodox. That is why, among all the secular parties, the Likud is the most natural partner for the ultra-Orthodox.

The same is true of diplomatic affairs, despite Gafni's comment about his left-leaning sympathies. For the most part, the ultra-Orthodox community is considered right-wing. In the last election, for example, the far right Yahad party led by former Shas leader Eli Yishai received tens of thousands of votes among the ultra-Orthodox sector, while most Knesset members, whether in Shas or Yahadut HaTorah, hold views very different from those of Gafni. When the moment of truth arrives, and the ultra-Orthodox parties go to the president to recommend their candidate to form a new government, there will be no other option but the Likud on the table, as long as Netanyahu remains head of that party. 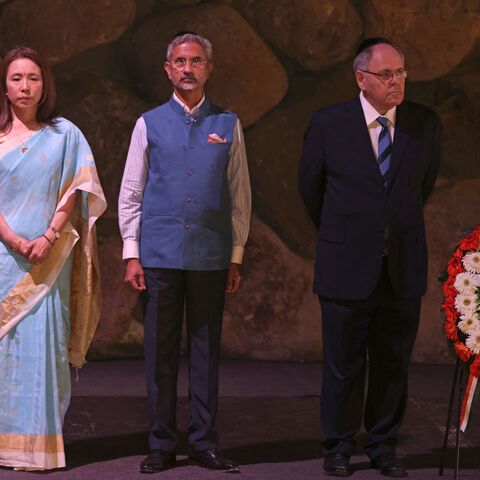