The ultra-Orthodox party’s manufactured crisis over train repair work being conducted on the Sabbath came with a built-in expiration date. 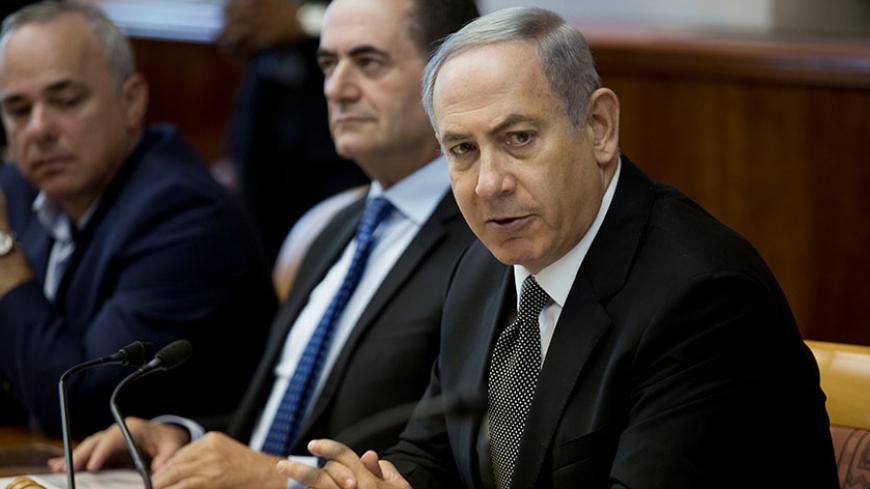 Twice in Israel’s political history, ultra-Orthodox parties have led to governments falling and early elections because of violations of the Sabbath. The first time was in 1976, during Yitzhak Rabin’s first government, when three F-15 planes that had arrived from the United States landed in Israel close to the beginning of Shabbat, which starts at sunset, and the national-religious Mafdal created a coalition crisis that led to Rabin’s resignation. The second time was in 1999, when the electric company’s six superheaters were transferred overnight on a Friday night, already the Sabbath by Jewish laws, resulting in the ultra-Orthodox Yahadut HaTorah leaving Ehud Barak’s government, hastening its collapse.

Days ago, it seemed for a minute that a crisis during the Sabbath involving train repairs, carried out with the authorization of Transportation Minister Yisrael Katz despite the opposition of the ultra-Orthodox, could result in the downfall of a government for the third time for “violation of the Sabbath.” While the drama mainly took place in the media and in public — where anonymous sources from the ultra-Orthodox parties demanded Katz's resignation — behind the scenes it was clear to all the players that dismantling the government was not an option.

When looking for differences between the politics of the past and the easy politics of Facebook today, one can find them in the battles over principles once led by the ultra-Orthodox. In the past, the ultra-Orthodox were willing to give up their seats in the government when they thought the status quo of religion and state, with the Sabbath being Israel's official day of rest, had been breached.

The built-in tension in every government the ultra-Orthodox have been a part of — relating to issues where religious commandment clashes with the democratic character and the security and national needs of the state — has not bypassed the current government. In this case, the crisis broke out after it became clear that essential repairs needed to be made to the train platform next to the Ayalon highway, the main highway crossing Tel Aviv. According to experts at Israel Railways, making the repairs on a weekday would have paralyzed the entire country, costing workdays, financial losses totaling 10 million shekels ($2.6 million) and danger to life and limb. The ultra-Orthodox parties, needing to show that they fight for their principles, decided to produce a lot of hot air.

At the heart of the commotion stood the energetic transportation minister, whose relationship with Prime Minister Benjamin Netanyahu has lately run into difficulties and almost blew up over internal Likud affairs. Katz’s political weakness made him an easy punching bag for the ultra-Orthodox parties.

On Thursday, Aug. 25, Interior Minister Aryeh Deri, who is the chairman of the ultra-Orthodox Shas Party, Health Minister Yakov Litzman and the chairman of the Knesset Finance Committee, Moshe Gafni from the ultra-Orthodox Yahadut HaTorah, warned Netanyahu that the train maintenance work would be a gross breach of the status quo. They even threatened that it would be cause for dismantling the government, because they couldn’t bear responsibility for a government that publicly tramples the holiness of the Sabbath.

In the end, Netanyahu decided himself that the work would go ahead in light of an understanding he had reached with the ultra-Orthodox. On the night of Friday, Aug. 27, the crisis flared again, mostly in the media. Behind the scenes, however, the flames were not as hot, and Deri worked to calm the situation. He denied that he had demanded Katz’s resignation. The bottom line is that the work was done on the Sabbath, Katz wasn’t fired, the government is stable and the crisis has passed.

Netanyahu, however, couldn't pass up the opportunity to allow the ultra-Orthodox to attack Katz and accuse him of lying, claiming that in the not-so-distant past, the transportation minister had promised that the Sabbath would not be violated. The prime minister knew very well that firing a transportation minister whom the public and the Likud considers an effective professional would be a step with the potential to boomerang. Conceding to the ultra-Orthodox — which firing Katz would have been viewed as by large parts of the public — would have driven voters to Yesh Atid leader Yair Lapid, who is gaining steam, and could have also caused Netanyahu great damage within the Likud. This could be sensed in the Likud’s internal WhatsApp groups over the weekend. They leaned toward Katz. Even traditional Likud activists accepted infrastructure work on the Sabbath when it was clear that doing it on a weekday would cause chaos.

On Sunday, Aug. 28, Katz appeared on TV Channel 2 and felt secure enough to sting Netanyahu. “We have a political dispute, but this has to do with the good of the state,” he said. “If someone would have succeeded, for political interests, in causing this work to be done in the middle of the week and, heaven forbid, there would be a disaster, they would say that because of politics they allowed people to lose their lives.”

Returning to the threats by the ultra-Orthodox, despite their attempt at the beginning of the crisis to create the sense that they wouldn’t hesitate to dismantle the government, the option was never on the table. At the end of the day, they swallowed what they claimed was a breach of the status quo and will have to make do with a special committee to examine the issue and investigate options for similar situations in the future.

The ultra-Orthodox are rational political actors, and they understand that bringing down Netanyahu could also be a major political blow for them, because the alternative, Lapid, is their nightmare. Shas and Yahadut HaTorah spent much of the time in recent years in the opposition, and they were traumatic periods, especially for Shas. After Prime Minister Ariel Sharon left them out of his government in 2003 in favor of a secular government with Lapid’s father, Yosef “Tommy” Lapid, who headed the now-defunct Shinui, whom they hated, it took them years to recover politically from the blow. When Lapid founded Yesh Atid and forced Netanyahu to form a government without the ultra-Orthodox in 2013, they re-experienced that trauma.

Thus, neither Shas nor Yahadut HaTorah, which are considered strong partners in the government and are well-compensated with budgets, are willing to risk bringing down the government. That is the reason the crisis they manufactured had an expiration date from the beginning.