A court ruling banning separate seating for men and women at a concert for the ultra-Orthodox in Afula highlighted the differences between Yisrael Beitenu leader Avigdor Liberman and Blue and White senior Yair Lapid in their fight over the secular vote. 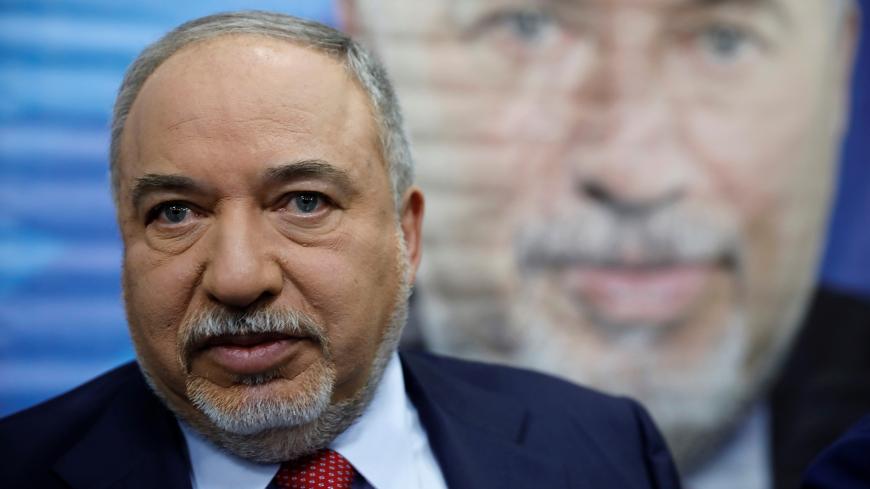 A ruling Aug. 11 by the Nazareth District Court, banning separation by gender at a concert in Afula for the ultra-Orthodox community, put the issue of religion and state back on the public agenda. Yisrael Beitenu leader Avigdor Liberman and Blue and White senior Yair Lapid may have been happy about that, but it also brought out the differences between them in their fight over the secular vote.

The separation of religion and state is a banner issue for two parties in the current election: Liberman’s Yisrael Beitenu and Lapid’s Yesh Atid, which is one of the factions that make up the Blue and White party. Liberman won five seats in the April election, but as everyone knows he decided not to join the Netanyahu coalition, thereby forcing a new election Sept. 17. The main reason he gave for refusing to join was the changes that the ultra-Orthodox parties want to make to the Conscription Law he initiated. As Liberman saw it, the law was intended to increase the number of ultra-Orthodox men serving in the Israel Defense Forces.

This seems to have paid off for Liberman. Polls show him doubling his strength and winning as many as 10 seats. It looks like he is taking some of these seats from the Blue and White party, which, according to the polls, has gone from 35 seats in the last election to fewer than 30 now.

The main theme of Liberman’s election campaign is the fight against religious coercion. “Yes to a Jewish state. No to a religious state,” Liberman proposes. His rise in the polls is attributed to this.

It seems that the secular population identifies with Liberman’s demands, which include the repeal of the Supermarket Law, which prevents supermarkets from opening on the Sabbath, as well as support for public transportation on the Sabbath, the easing of conversion procedures and civil marriage in Israel. These last two issues are particularly important to Russian-speaking immigrants, who make up Liberman’s loyal base. Since quite a few of them have non-Jewish mothers, they are forced to undergo a particularly strict conversion process. Without this conversion, however, they would have to be married in some other country in order to be registered as married in Israel. “Make Israel normal again,” which has become Liberman’s campaign slogan, addresses the general public space, and does not attack specifically the ultra-Orthodox sector.

The ultra-Orthodox have been keeping their response low-key so as to avoid entering into a public conflict, which would help Liberman win more seats. They are even embracing him, with Knesset member Moshe Gafni (Yahadut HaTorah) calling him “a friend of the ultra-Orthodox.” Gafni would not rule out sitting in a coalition with him.

Once Lapid and his people realized that Liberman is stealing the show and winning the support of secular Jews in the fight over religion and state, they launched a blunt campaign of their own, portraying the ultra-Orthodox as extortionists. This campaign is being run independently and not as part of the Blue and White party’s campaign, even though Lapid’s faction is part of that party. The reason is, apparently, because party Chairman Benny Gantz wants to maintain a good relationship with the ultra-Orthodox parties and keep open the option of forming a coalition with them after the election.

Lapid, on the other hand, will not consider this. A controversial video clip released by him — and which the ultra-Orthodox say has anti-Semitic motifs — caused a major stir, with the ultra-Orthodox announcing that they do not reject sitting with Gantz and the Blue and White party in a coalition led by Prime Minister Benjamin Netanyahu, but under no circumstances will they sit in the same coalition with Lapid. “Gantz needs to throw Lapid out,” Gafni said. Even Moshe Ya’alon, another partner in the Blue and White leadership, expressed reservations about the video.

The fact that the ultra-Orthodox are much angrier with Lapid than they are with Liberman stems from the fact that his demands center on the ultra-Orthodox world itself, and particularly on what happens in their yeshivas. Lapid is demanding, among other things, that budgetary cuts to the yeshivas be restored to what they were, when he was finance minister in Netanyahu’s third government (2013-15). He also wants to force ultra-Orthodox schools to teach core studies (English and mathematics) alongside religious studies, to prepare students to enter the workforce.

Back to the court ruling in Nazareth. The ultra-Orthodox leadership was furious and unleashed a series of scathing attacks against Yesh Atid’s representative on Afula’s city council, who was one of the people who petitioned the court to ban the separation of men and women. Lapid gave her his backing, of course, and expressed support for the court’s ruling. “I support the judges of the District Court of Nazareth and their decision regarding gender separation at a public event. We will continue to fight for a liberal, democratic, Jewish state. This is not Iran,” Lapid tweeted. There were several amusing reactions to this tweet, including one that reminded him that his wife, journalist Lihi Lapid, had organized a gathering for women only.

Liberman waited several hours before responding to the ruling. When he did, he focused his reaction on Transportation Minister Bezalel Smotrich (United Right). Liberman attacked Smotrich for his blunt response to the court’s decision. Smotrich had said, “The legal system is stupid.” In reaction, Liberman wrote, “Smotrich, you got it confused. Afula is not [Jerusalem ultra-Orthodox neighborhood] Me’a Shearim. … The minister of transportation’s ridiculous reaction and the demand that the United Right party and the ultra-Orthodox parties will condition joining a government on a legislation that would ensure the transformation of Israel into a country run by religious law is the reason why Yisrael Beitenu will not sit in a government with Smotrich, [Rabbi Rafi] Peretz and the ultra-Orthodox. We need to return Israel to a state of normalcy.”

From a political perspective, Liberman is closer to those who are prepared to accept the ultra-Orthodox way of life, as long as the general public is given the freedom described by the slogan, “Yes to tradition. No to a religious state.” In contrast, Lapid wants to force the ultra-Orthodox to change their lifestyle. So far, it looks like Liberman is winning this debate.