The main parties in the Kurdistan Region of Iraq have met at a high level amidst divisions and difficulties to form the government many months after the elections. 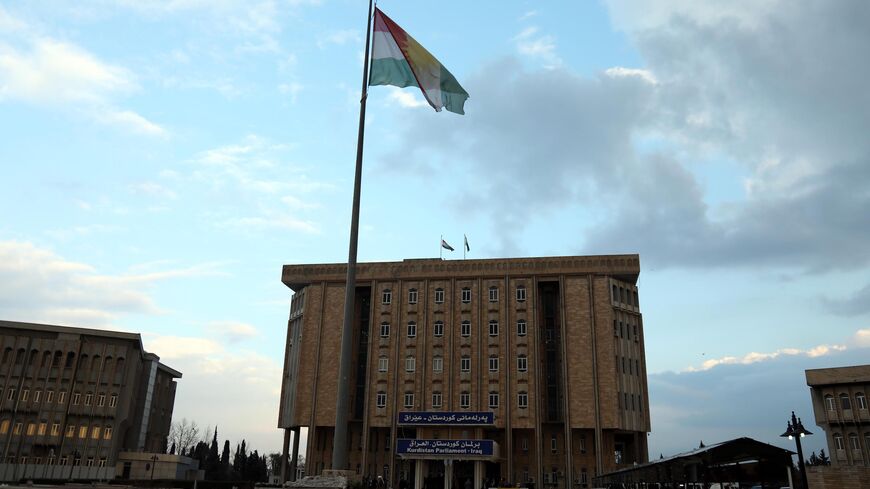 ERBIL, Iraq — As dust and sandstorms color the sky orange and drone strikes by militias and neighboring nations continue, Kurdistan Region of Iraq leaders are trying to find a way to overcome internal political disaccord.

A visit by Kurdistan Region President Nechirvan Barzani to the stronghold of the Patriotic Union of Kurdistan (PUK), Sulaimaniyah, on May 21 was an attempt at solving this and other issues. The meeting was followed by another high-ranking meeting in Erbil today to follow up on the first meeting.

Over seven months since the Oct. 10 parliamentary elections, Iraq at the national level still does not have a prime minister or a president, the latter being the longstanding preserve of the Kurds.

Barzani belongs to the Kurdistan Democratic Party (KDP), which holds the most seats in both the national and regional parliaments. It is headquartered in Erbil, the regional capital.

On May 17, head of the UN Assistance Mission for Iraq Jeanine Hennis-Plasschaert said that "divisions have deepened, with adverse effects on the people of the Kurdistan Region.”

The KDP and the PUK have allied with opposing sides in the political wrangling to form Iraq's next government. The KDP has become part of a tripartite alliance with the Sadrist bloc and the Sunni Arab Save the Homeland alliance, while the PUK opted to ally with the Coordination Framework (CF), a pro-Iran Shiite Arab alliance.

PUK parliament member Karwan Gaznay commented on the meeting to Al-Monitor on May 24, saying, “From our perspective, every meeting that serves the public good can be judged as a good meeting.”

However, he noted that the top issue for his party was that the Kurdistan Regional Government should engage in “a concrete and strategic dialogue with Baghdad based on the constitution to solve the issues between Baghdad and Erbil,” and “we think that the oil sector has not been transparent, so there must be reform in this sector since it has been badly corrupted.”

The presidency has since the period following the 2003 invasion by US forces and the toppling of the Saddam Hussein regime been set aside for a Kurd, while the position of prime minister goes to Shiite Arabs and that of parliament speaker to Sunni Arabs.

The only one of these three top positions in the national government in Baghdad that had as of late May been decided is the speaker of parliament, with Anbar native Mohammed al-Halbusi selected in January to remain in the position he has held since 2018.

Sunni Arabs in Iraq have grown closer to the Kurds and especially those in Erbil since many were forced to flee to this area during the years of Islamic State (IS) occupation of much of their land in western and northern Iraq.

The PUK and Sulaimaniyah, which is close to the Iranian border, have instead long had closer links to Iran. Most Kurds are Sunni, but there are also some Shiite Feyli Kurds, mostly near the border with Iran, in Iraq as well as others of other religions. Over 90% of the Iraqi population is considered Muslim.

In recent months, Iran and Iran-linked militias have carried out multiple attacks on Erbil and other areas of the Kurdistan Region in which the KDP holds sway.

On March 13, a dozen ballistic missiles were shot at Erbil in an attack claimed by Iran’s Islamic Revolutionary Guard Corps (IRGC).

Several of the politicians in the CF have links that date back decades to the IRGC.

Iran claimed that Erbil was hosting “Israeli spies,” though an investigation carried out found no basis for these claims.

The two Kurdish parties, KDP and PUK, have their own separate intelligence services and peshmerga forces. Baghdad's security relationship with the PUK has long been stronger than with the KDP. PUK forces made a "tactical withdrawal" from oil-rich Kirkuk after the 2017 referendum, which some Kurds saw as a sort of betrayal.

The separate PUK and KDP peshmerga units are controlled by the parties and not by the central government despite a reform process meant to integrate them. The process began over a decade ago but was halted for years during the fight against IS.

Unit 70 forces are still affiliated with the PUK, and Unit 80 forces are controlled by the KDP.

Sulaimaniyah was also a frequent point of entry for many “foreign volunteers” who wanted to get smuggled across the border into Syria to fight against IS alongside Syrian Kurdish forces close to the Kurdistan Workers Party (PKK), despite being farther from the border with Syria than Erbil.

Erbil was known to frown upon this in those years, and multiple KDP officials have more recently frequently spoken out against the presence of the PKK in the Kurdistan Region, calling for the fighters to leave its territory once and for all.

US Consul General of Erbil Robert Palladino praised the May 21 meeting between the PUK and the KDP, calling it an important step toward ensuring “stability and prosperity.”