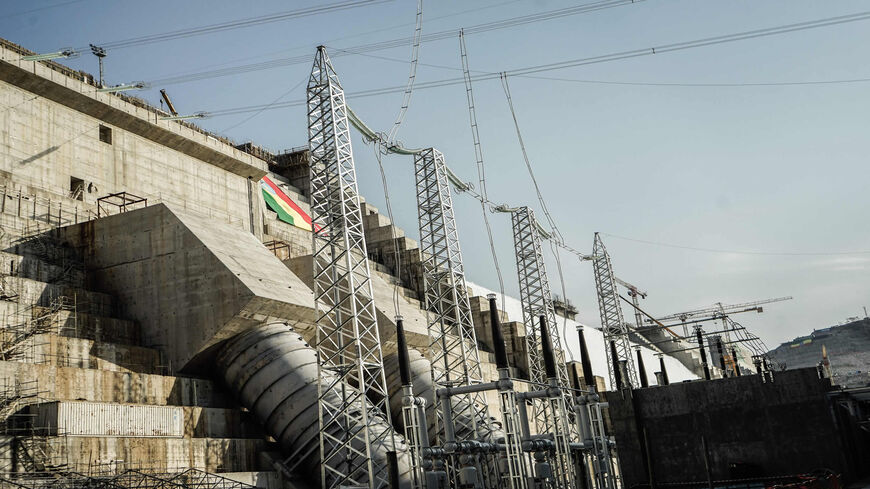 Amid the stalled direct negotiations between the parties to the Grand Ethiopian Renaissance Dam (GERD) crisis, Ethiopia recently announced foiling cyberattacks aimed at obstructing the works at the dam.

Shumete Gizaw, director-general of the Information Network Security Agency (INSA), Ethiopia’s national signals intelligence and cybersecurity agency, said in a press statement May 3, “Systematic cyberattacks targeting the GERD and some major financial institutions have been thwarted.”

He explained that the botched cyberattacks aimed to impede the works of the GERD by targeting 37,000 interlinked computers used by financial and administrative institutions that are connected to the dam's work.

He alleged that an organization supported by countries that seek to hinder Ethiopia’s peace and development has been seeking to sabotage the successful construction of the GERD by launching a cyberwar under the motto of “Black Pyramid War.”

Gizaw expects more cyberattacks against the GERD in the future. He affirmed that his country is implementing strong cybersecurity measures to protect both the construction and the management of the GERD works.

This is not the first time that Addis Ababa openly denounces cyberattacks against it. The Ethiopian News Agency reported on June 23, 2020, that the country had foiled several cyberattacks from Egypt on economic and political activities in Ethiopia. It further indicated that the cyberattacks were plotted by an Egyptian group called Cyber Horus Group.

He noted that the GERD’s first filling operation the year before had also faced a cyberattack by the Cyber Horus Group that tried to launch viruses on and attack thousands of computers in Ethiopia.

Meanwhile, Ethiopia is scrambling to boost its capabilities in addressing cyberattacks by developing INSA established by Addis Ababa to counter cyberattacks. Ethiopian Prime Minister Abiy Ahmed inaugurated in April 2021 the new headquarters of the agency, which was built at a cost of 2.1 billion Ethiopian birr (about $40.4 million) and equipped with advanced devices.

Meanwhile, Cairo has yet to officially respond to Addis Ababa's repeated accusations of launching these cyberattacks.

The recent accusations coincide with the stalled tripartite negotiations on the GERD between Egypt, Ethiopia and Sudan, with the approaching date of the third filling of the dam scheduled to begin later this month.

Despite the stalled negotiations, Egypt continues to stress the need to reach a binding legal agreement regulating the process of filling and operating the GERD. During his meeting May 11 with US national security adviser Jake Sullivan in Cairo, Egyptian President Abdel Fattah al-Sisi stressed his country’s “firm position on the necessity of reaching a binding legal agreement for the process of the filling and operation of the dam, in a manner that preserves Egyptian water security and achieves the common interests of the three countries."

In the past few years, Egypt has been keen to strengthen its cybersecurity capabilities. The Egyptian Cabinet's Information and Decision Support Center has praised the great interest that the Egyptian state attaches to the field of cybersecurity and data security in accordance with the National Cybersecurity Strategy, through the development of a national system to protect cybersecurity and build national capacities specialized in its fields.

In 2014, the Egyptian Cabinet announced the formation of the Egyptian Supreme Cyber ​​Security Council, consisting of a number of ministries, to confront any cyberattacks and develop the field of cybersecurity.

The Egyptian Cabinet carried out a cybersecurity exercise March 29, with the participation of all ministries to measure the extent of response and readiness to confront cyberincidents.