The European Union has provided Egypt with numerous grants in recent years, while also criticizing the country on some human rights issues. 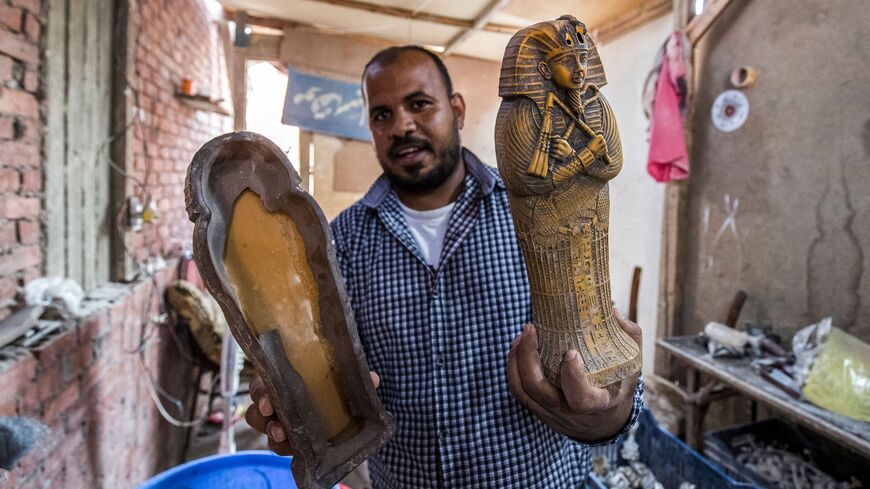 Eid Yosri, an artifact replica craftsman, poses for a photo with a mini sarcophagus of his own creation at his workshop in the district of Nazlet el-Semman near the Giza Pyramids Necropolis on June 6, 2021. Egypt's souvenir craftspeople are pinning their hopes on a new lease of life after tourism was battered by the coronavirus pandemic - KHALED DESOUKI/AFP via Getty Images

Egypt and the European Union signed a series of development grants today.

Why it matters: The EU has a long history of supporting development in Egypt. The supranational body has provided €650 million in grants to various development sectors since 2008, according to the ministry.

At the same time, the European Union has criticized Egypt on some human rights issues recently, including the arrests of rights activists.

Egypt is pursuing various development projects across the country. This includes job creation programs in the Sinai Peninsula in a bid to prompt Egyptians to move there.

In terms of reform, Egypt is focusing on a few areas. One is the deregulation of the country’s extensive regulatory mechanisms. Egypt is also working to reduce its debt in keeping with the International Monetary Fund’s advice. Mashat also signed a railway development deal with the African Development Bank last year to help fix Egypt’s chronically dangerous train system.

Some of the reforms have been successful, according to some observers. Last month, the New York-based credit rating agency Fitch praised Egypt’s debt-focused economic reforms and record of economic growth.