The Aswan Dam provides half of Egypt’s power supply. Egypt is also working to increase its use of solar power. 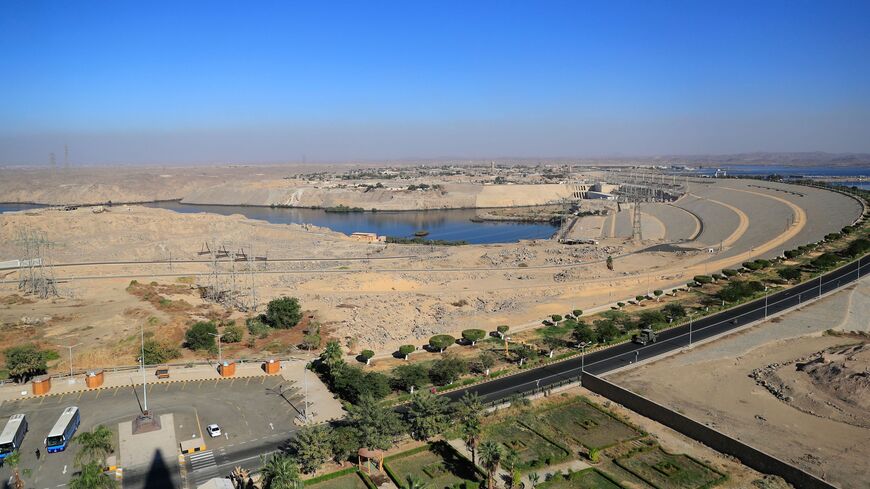 A picture taken on January 3, 2021, shows a general view of Egypt's High Dam in Aswan, some 920 kilometers south of the capital, Cairo. - KHALED DESOUKI/AFP via Getty Images

The Egyptian government has obtained funding to rehabilitate its dam on the Nile River.

Germany’s KfW Development Bank agreed to finance $28.3 million for a rehabilitation project of hydroelectric stations in the Aswan Dam in southern Egypt, Egypt’s Ministry of International Cooperation announced Wednesday in a tweet.

Why it matters: The Aswan Dam provides power to about half of Egypt’s population. It also brings water to Sudan. Egypt has a population of more than 100 million.

The dam rehabilitation project pertains to three hydroelectric stations that provide power to 7.5 million people. Work will be done to irrigation systems in Aswan to regulate the water flow and protect from floods, according to Al-Ahram.

Regarding the solar plant, the Egyptian government approved its construction last year, awarding the contract to Belectric — another German company.

Egypt has explored solar power considerably in recent years. In 2021, Egypt built a solar plant in Uganda. In 2020, Egypt signed a deal with a Chinese company to turn sand into solar panels. Egypt is also working with Israel to build solar plants.