Can Sudan replace Ukraine as breadbasket for MENA region?

Despite Sudan’s agricultural and animal resources, political instability is hindering the country's potential to benefit itself and the region. 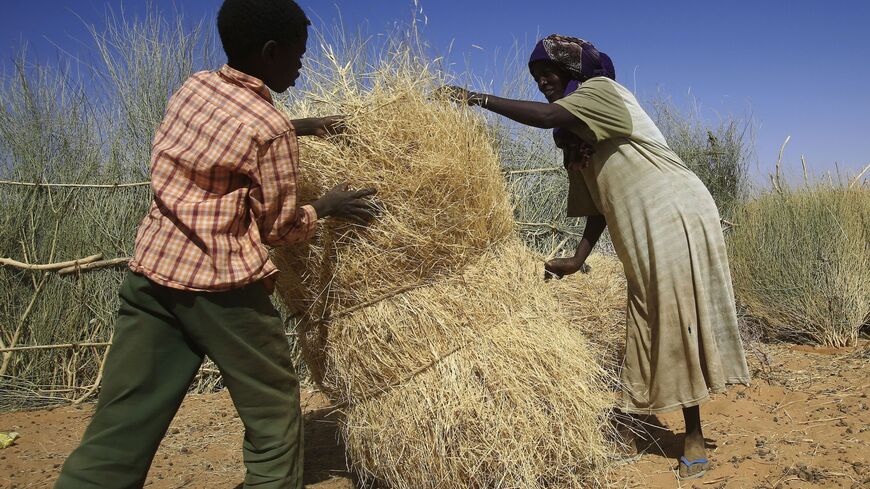 CAIRO — Sudan’s Minister of Trade and Supply Amal Saleh Saad says her country can secure food for the Arab world and compensate for the shortages of Ukrainian and Russian wheat caused by Russia’s war on its neighboring country.

In an interview with Al-Ain news website at the Arab Forum for Promoting Economic Integration among Arab Countries held in Cairo on May 24, Saad called for agricultural investments in Sudan and for the exploitation of the vast Sudanese agricultural lands, Through these steps, she said, Sudan could serve as a food basket for the Arab countries.

But it will only happen through Arab integration, she said, and funding is the main obstacle. She called for the establishment of an Arab fund for investments. After obstacles are overcome, roads are reclaimed and visas are facilitated among Arab countries, she said, Sudan could achieve self-sufficiency in food of all kinds. She also called on Arab investors to invest in wheat cultivation in Sudan.

Mohamed al-Nayer, Sudanese economist and associate professor of accounting at the University of Sudan, told Al-Monitor that Sudan was considered in the 1960s and 1970s as one of the three countries, including Canada and Australia, capable of solving the global food crisis.

Sudan has huge resources of arable land, and it has a renewable and diverse climate, in addition to diversified water sources. Khartoum’s annual share of the Nile River amounts to 18.5 million cubic meters that is not optimally exploited.

Also, Nayer said, regular rain water and more than 109 million head of livestock make Khartoum one of the countries capable of feeding the entire Arab world.

The ongoing Russian-Ukrainian war has sparked global fears over a food crisis, especially in poor countries. Wheat-consuming countries are looking for alternatives to Russian and Ukrainian wheat.

Nayer said, “Instead of relying on food coming from faraway countries, Arab countries must work to guarantee food security by resorting to Sudan and investing in its vast agricultural lands and animal wealth.”

However, the political and security crises over the past decades have prevented Sudan from developing agricultural wealth.

The food gap in Africa is estimated at $50 billion annually, Nayer said, and Gulf countries could invest half that amount to develop Sudan’s agricultural infrastructure. But, he said, "Sudanese authorities must offer incentives to investors willing to work in the Sudanese agricultural and animal wealth sectors. Sudan must also provide electricity and guarantee the stability of the political and security situation in the country.”

In her May 24 interview, Saad also revealed that current Egyptian-Sudanese meetings are preparing for a forum and a cooperation protocol between Cairo and Khartoum. She added that Sudan’s goods and lands are available for investment and cooperation with Egypt.

Rashad Abdo, head of the Egyptian Forum for Economic and Strategic Studies, warned that despite Sudan's natural advantages, several challenges could prevent investments, including the political instability, the lax security, the daily protests and the absence of state institutions.

“In light of Sudan’s deteriorating political and security conditions, any calls for investments will not be heeded. Add to this that Sudan itself is unable to meet its own wheat needs and imports a large part of them, as it struggles to cope with the many crises,” he added.

Yusra al-Sharqawi, head of the Egyptian-African Businessmen Association, told Al-Monitor that Sudan has all the required agricultural and animal production tools.

However, she said, the difficulties include execution and implementation of the necessary measures and good management to set the stage for investments. Also, she added, agricultural laws must be reviewed; banking transfers must be facilitated; and Sudan’s ports and investment infrastructure must also be rehabilitated.

Sharqawi further explained, “For many decades, Sudan has been marred by political and administrative stagnation, in the absence of the Sudanese private sector. When foreign investors seek to invest in a certain country, they seek specific criteria including a suitable infrastructure and a set of legislations that guarantee good investments. They also look for security and stability.”

She added, “Khartoum may be able to serve as a food basket for the Arab world, but it is not able to activate this basket at this time. The world of investment and business primarily seeks guarantees as far as funds, political stability, investment portfolio laws and regulations, administrative restructuring, administrative reform and legislation as well as infrastructure are concerned. All of these factors are yet to be made available in Sudan.”