Airport wars flare up in Turkey amid claims of Gulf acquisition

A row over the fate of Istanbul’s iconic Ataturk Airport has escalated in Turkey amid opposition claims that a plan to demolish the facility is designed to gratify Gulf investors interested in operating the city’s newer airport. 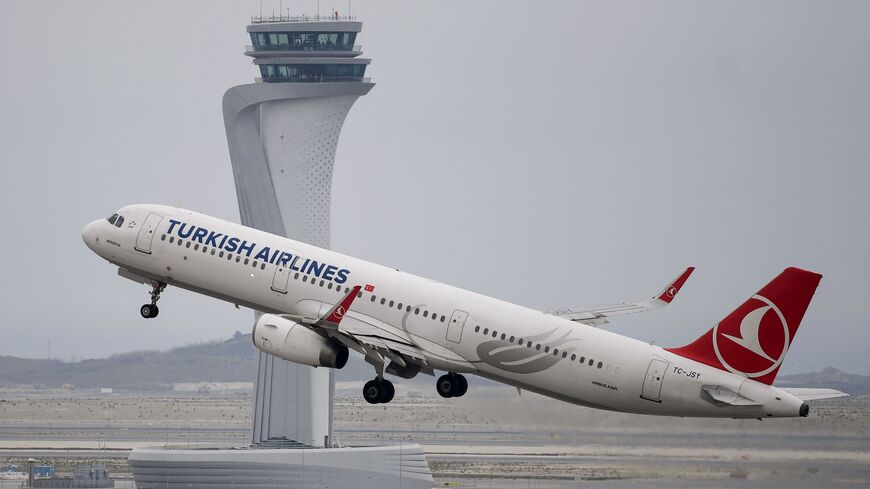 A Turkish Airlines Airbus A321 takes off in front of the control tower at Istanbul Airport on the first day after moving from Ataturk International Airport on April 6, 2019, in Istanbul. - OZAN KOSE/AFP via Getty Images

Turkey’s ever-controversial Istanbul Airport is back in the eye of a political storm, sparked by opposition claims that a plan to sell its operations to Gulf investors is behind a government decision to demolish the city’s iconic but now-idle Ataturk Airport.

The sprawling Istanbul Airport became operational in 2018 amid simmering criticism over its financial merits, location and environmental impact, coupled with allegations of cronyism regarding the companies involved in the project. The posh facility, launched with an initial capacity to handle 90 million passengers per year and plans for further expansion to 200 million passengers, led to the closure of the historic Ataturk Airport, becoming the sole airport on Istanbul’s European side.

Senior opposition figures claim that plans are underway to sell IGA, the company operating the Istanbul Airport. And in order to please potential buyers from the Gulf, they claim, the government has decided to demolish the Ataturk Airport’s runways to preclude any revival of the facility in the future as a rival to the Istanbul Airport. The decision, they argue, is driven by concerns that President Recep Tayyip Erdogan and his Justice and Development Party (AKP) could lose the next elections, due in June 2023 at the latest, to an opposition that pledges to review all major public projects under the AKP over allegations of corruption, nepotism and malfeasance.

The Good Party’s Ali Kidik, a member of the Istanbul municipal assembly and a veteran watcher of the aviation sector, was the first to raise the claims last week after heavy machinery was lined up at the Ataturk Airport. “The real reason why they want to hastily demolish the Ataturk Airport is the negotiations for the sale of the Istanbul Airport,” Kidik told Al-Monitor. He said he had learned that the Emirati operator of the Abu Dhabi Airport was “the most serious” potential buyer. “In order to buy the Istanbul Airport, it wants to physically see that no other airport could operate on Istanbul’s European side. That’s why heavy machines were hastily amassed there,” he added.

Kidik argued the potential buyer was likely to follow up with a move to acquire the majority stake of Turkish Airlines, the national flag carrier, because “investors operating such airports wish to operate also that country’s local airliner.”

Founded in 2013 to build and operate the Istanbul Airport for 25 years, IGA was made up of five partners with equal shares — Kolin, Kalyon, Cengiz, Mapa and Limak, all construction companies close to Erdogan, which the opposition calls “the gang of five” over their controversial omnipresence in major public projects under the AKP. Kalyon and Cengiz, which took over Kolin’s 20% stake in 2019, have reached a deal to acquire also the shares of Limak and Mapa, according to media reports in late March. Once the acquisitions are formalized, Kalyon and Cengiz will own respectively 55% and 45% of the company.

As Kidik noted, the partners appear to be in a quest to disengage from the airport, perhaps at Erdogan’s prompting, mainly because of concerns of a potential government change in the next elections. Selling IGA to a foreign investor, the argument goes, could be a relief, but potential buyers — say, companies from Gulf countries with which Erdogan has been mending fences in recent months — need to be reassured that the Ataturk Airport is out of use for good.

Opposition parties have fiercely criticized the closure of the Ataturk Airport, which had reached a capacity of 60 million passengers per year at the time. Istanbul Mayor Ekrem Imamoglu, a member of the main opposition Republican People’s Party (CHP), pledged in late March that, once in power, his party would “not allow the Ataturk Airport to be wasted” and would put it back in use.

Authorities closed the Ataturk Airport to commercial flights at the expense of paying a compensation of 389 million euros ($409 million) to its operator, TAV, whose contract was canceled two years ahead of expiry. The decision was widely seen as an attempt to remove competition with the Istanbul Airport so that it could achieve its targets. The government has offered passenger guarantees to the operator of the new airport, meaning that it should pay the difference if the number of departing passengers falls below the figure guaranteed in the contract.

Nevertheless, the Ataturk Airport was not fully shut and remained open to cargo flights until early February. Planes reserved for government officials also used the airport, especially when harsh weather conditions halted traffic at the Istanbul Airport, exposing its fragility.

The transformation of the Ataturk Airport began in early 2020 when two runways were broken to build a field hospital for the COVID-19 pandemic. The government said it would also build a park on the site but did not follow up with the plan. And now, with a year at most to go before elections, the plan for the so-called National Garden, which involves the demolition of the runways, is back on the agenda.

Cigdem Toker, a respected journalist closely following public tenders, reported earlier this month that the housing development agency TOKI had silently invited six companies to the project tender in April, and a company by the name of Yapi&Yapi made the highest bid of some 2.1 billion Turkish liras ($131.7 million).

The demolition work at the airport was met with uproar. Opposition groups flocked to the site this week to protest the demolition, vowing to call to account those responsible for destroying a precious national asset.

Among them was Canan Kaftancioglu, the chairwoman of the CHP’s Istanbul branch, who charged that the government and its allies were seeking “to sell the Istanbul Airport to their Qatari or Saudi Arabian collaborators as soon as possible” because they were increasingly alarmed by the CHP’s pledges to “examine and audit all enterprises [involved in] wrongful and unlawful transactions and retrieve every and any penny paid undeservedly” once in power. According to Kaftancioglu, Ankara is planning to destroy the Ataturk Airport in line with the wishes and commercial interests of the prospective buyers of the Istanbul Airport. “Thus, they are again trying to deceive [the nation] by saying they will build a National Garden. … We are going to bring to account anyone who causes damage to the Ataturk Airport,” she added.

The Istanbul Metropolitan Municipality said the demolition work had begun without proper legal ground. Stressing that quake-prone Istanbul needs the Ataturk Airport as an “alternative insurance” in times of natural disasters, it offered the following solution: “The Istanbul Airport should be frozen in its current state without any further expansion. Any future capacity needs of the city can be met with the Ataturk Airport. Instead of destroying this historical national asset, a scenario whereby three airports (including the one on the Asian side) operate simultaneously will be obviously better in terms of the urban macroform.”

The government appears resolved to press ahead with the plan, but it faces an uphill track. Potential Gulf investors in the Istanbul Airport can’t dismiss the objections of Turkey’s opposition, especially when popular support for the AKP is sagging ahead of next year’s elections.