The UAE is in the early stages of a transition from oil and gas to cleaner energy sources. 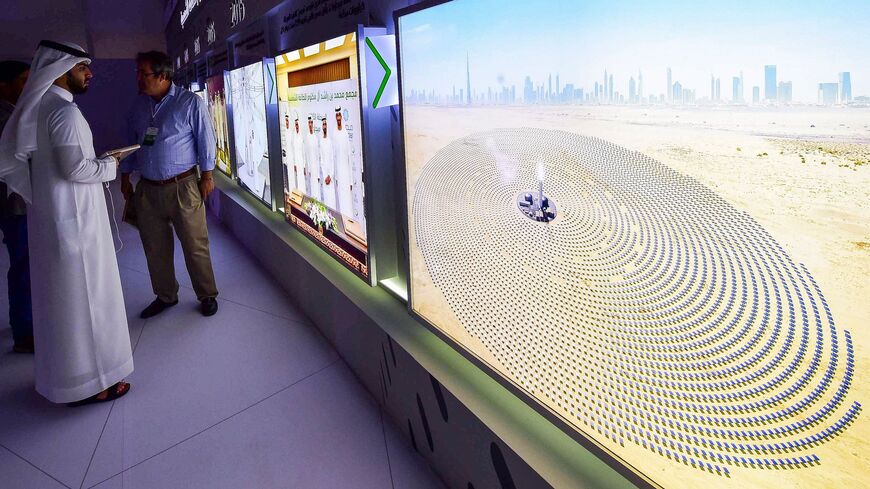 Visitors look at screens displaying images of the Mohammed bin Rashid Al-Maktoum Solar Park on March 20, 2017, at the solar plant in Dubai. Dubai completed a solar plant big enough to power 50,000 homes as part of a plan to generate three-quarters of its energy from renewables by 2050. - STRINGER/AFP via Getty Images

Per the agreement, Mubadala and ENGIE will work to develop a “digital platform” for charging electric vehicles in Abu Dhabi. The platform will relate to the installation and operation of charging infrastructure for the vehicles, the official Emirates News Agency reported.

Why it matters: The United Arab Emirates is seeking to improve its environmental record by investing in green technology. Abu Dhabi recently rolled out a plan to place bicycles on buses to this end. The UAE is also working with Israel to develop clean hydroelectricity, and the Abu Dhabi-based Etihad Airways is experimenting with flight technologies that slightly reduce fuel consumption.

The UAE is having some success in its pursuit of greener technology. Use of nuclear power for electricity is increasing, for example.

Oil and gas remain a large part of the Emirati economy. About 30% of the UAE’s gross domestic product is directly based on oil and gas.

Electric vehicles are appealing because they emit less carbon dioxide than vehicles that rely on petroleum. However, manufacturing electric vehicles can also harm the environment, such as with the mining of rare earth minerals.