The UAE is diversifying its economy and seeking closer relations with several sub-Saharan African states. 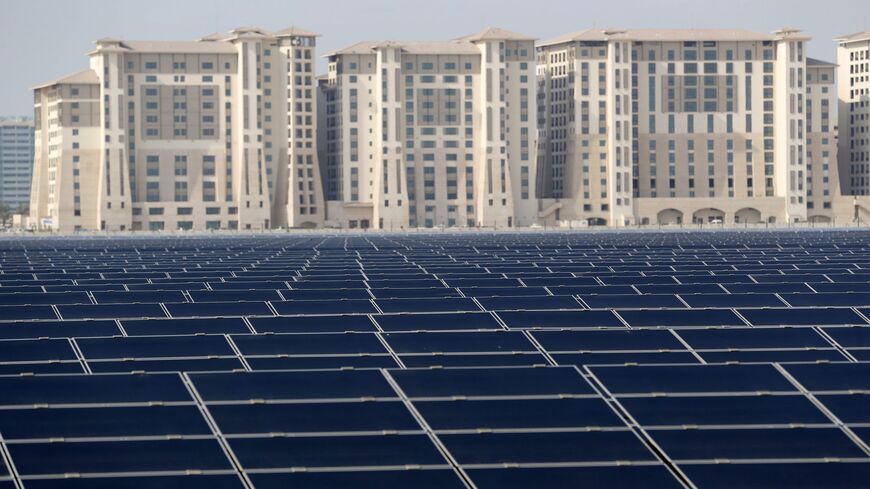 A general view taken on Oct. 7, 2015, shows a 10-megawatt solar farm on the outskirts of Masdar City outside the Emirate of Abu Dhabi. Masdar City -- which hosts the Masdar Institute for Science and Technology -- is at the forefront of the UAE's efforts to focus on renewables. - KARIM SAHIB/AFP via Getty Images

The deal between Masdar and the Tanzania Electric Supply Company specifies they will work on two energy projects that will ultimately produce 2,000 megawatts of solar and onshore wind power, Masdar said in a press release.

Why it matters: The United Arab Emirates in investing in a variety of renewable energy and green technology projects as it seeks to diversify its economy and reduce dependence on oil.

Abu Dhabi-based Masdar, which is owned by the Emirati sovereign wealth fund Mubadala, plays a large role in this transition. In June, Masdar agreed with Azerbaijan to develop wind and solar power projects in the Eurasian country. In May, Masdar unveiled a plant in the Emirati city of Sharjah that will convert garbage into energy.

Know more: The agreement with Tanzania represents the UAE’s continued interest in improving its economic ties to countries on the African continent. In June, the Abu Dhabi Exports Office signed an agreement with the Economic Community of West African States to boost bilateral trade. Last year, the Dubai government-owned ports operator DP World pledged to invest $1.7 billion in infrastructure across Africa.