US urges Iraqi government formation as stalemate drags on

The deadlock has left Iraq without a new budget amid the economic uncertainty stemming from Russia's war in Ukraine. 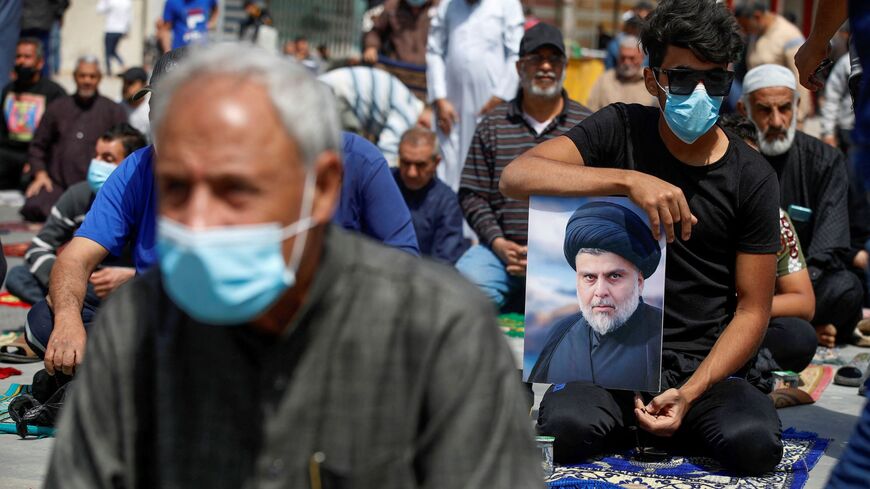 The Biden administration called for Iraqi leaders to swiftly end the political stalemate that has paralyzed the government for the past six months and hindered Iraq’s economic recovery.

“It is time for Iraq’s leaders to form a government," said Jennifer Gavito, the State Department's deputy assistant secretary for Iraq and Iran.

Since elections were held in October, neither of Iraq’s two largest political blocs — the cross-sectarian Coalition for Saving the Homeland and the pro-Iran Coordination Framework — have secured the two-thirds majority that is required to select a new president and ultimately form a government. The stalled process is preventing Iraqi leaders from “providing the essential services to the ordinary Iraqis from which they were elected,” Gavito said in a phone briefing Friday.

Why it matters: Without a new government, the Iraqi parliament can’t pass a 2022 budget.

Speaking to reporters in Washington on Friday, Iraqi Finance Minister Ali Allawi described the budget postponement as problematic for Iraq, where the economy is slowly recovering from the dual shock of the coronavirus pandemic and 2020’s global drop in oil prices.

Iraq hasn’t been spared from the adverse effects of Russia’s war in Ukraine. Last month, protests erupted in southern Iraq over an increase in the price of cooking oil and flour.

At the same time, the surge in crude oil prices stemming from the war has also led to record-high oil revenues for Iraq, the second-largest producer in the Organization of the Petroleum Exporting Countries (OPEC). The oil price increase has been “on balance, financially advantageous,” said Allawi, who is also Iraq’s deputy prime minister.

“We need to have some kind of plan to utilize this windfall, otherwise it just accumulates as cash balances,” Allawi told Al-Monitor. He added that the government is drafting an emergency food law that could mitigate the increase in food prices through a series of cash and in-kind transfers to poor Iraqis.

What’s next: The early elections in October were meant as a response to the sweeping 2019 protests against government corruption, poor public services and a lack of economic opportunities. The World Bank’s recent outlook for Iraq warned that the current government dysfunction risks reigniting those social grievances.

The oil windfall could provide Iraq with “a crucial opportunity” to implement comprehensive reforms, the report said. The World Bank projects Iraq's overall GDP growth for 2022 will reach 8.9%.

Know more: There’s no clear end in sight to Iraq’s political deadlock. Al-Monitor’s Ali Mamouri breaks down the possible outcomes, including whether to expect another round of elections in 2023.