As none of the political coalitions are able to hold a legal session for selecting the president that requires two-thirds of the members, the Iraqi political scene is facing a deadlock. 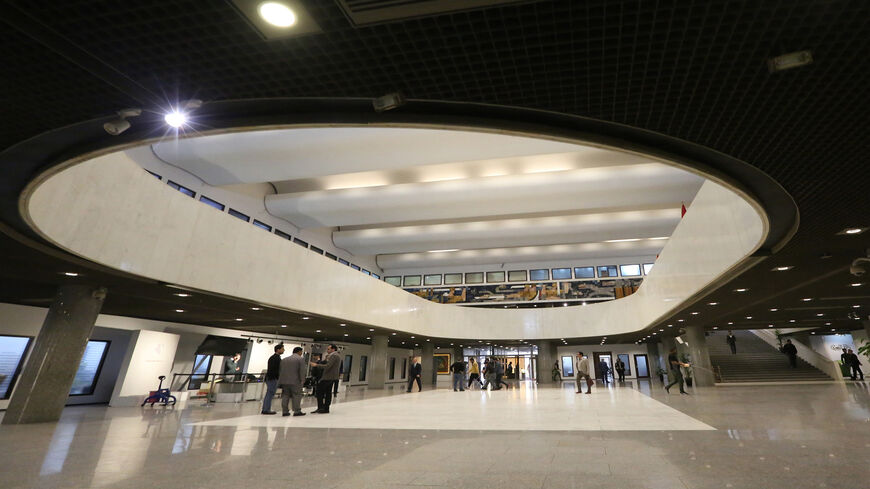 Amid the political deadlock in Baghdad, the two Shiite axes are competing over forming the new government. While the Sadrist movement with 75 members is looking for a majority government in collaboration with the majority of Sunnis and Kurds, the Coordination Framework with 64 members, which includes the Iran-backed parties, are calling for a consensual government.

In an unprecedented development, Sadrists and their Sunni and Kurdish partners announced March 25 the formation of a cross-sectarian coalition as the largest bloc, which is in charge of nominating the prime minister. It includes the Kurdistan Democratic Party (KDP) with 31 members and the Sunni Coalition of Sovereignty with 62 members. The new coalition is being formed under the name of Enqadh Watan (Save the Homeland).

Historically, the Shiites would form the largest bloc and then pushed for government formation. However, this time the division among the Shiites, specifically Sadr and the Coordination Framework, has pushed Sadr to reach out to the Kurds and Sunnis in order to form a cross-sectarian bloc.

The Enqadh Watan coalition nominated Riber Ahmad, interior minister of Iraqi Kurdistan, for the presidency and Jafar al-Sadr, Muqtada al-Sadr’s cousin and ambassador of Iraq to the United Kingdom, for the premiership.

On March 26, the coalition held a parliamentary session to vote for a new candidate for the presidency. However, it was unsuccessful as they did not secure enough votes. The coalition needed a two-third majority (220 votes), but only 202 members attended the session.

The three allies had in total 168 members.

Most of the independent members, particularly Emtedad and New Generation, joined the session after they demanded some conditions in regard to the methods of government administration.

The two groups had formed a coalition under the name of "Coalition for the Sake of the People." They presented 17 conditions for attending the session including selecting an independent prime minister and forming a strong government. The Enqadh Watan coalition agreed on the conditions.

Ultimately, the Coordination Framework and its allies have secured the blocking third, although the coalition has yet to quit as they scheduled another session for March 30 to vote for their nominated candidate.

The coalition is attempting to secure more members of parliament into their bloc in order to get enough members for the session. However, it seems unlikely that they will gather enough parliamentarians as Iran opposes them strongly.

Recently, Iran has maneuvred among the political divisions and was able to penetrate the Sunnis and Kurds to side with the Coordination Framework in order to create a strong resistance against the cross-sectarian coalition.

Recently, parliament Speaker Mohammed al-Halbousi was invited to Iran as well to discuss the process of the formation of the government. However, due to recent developments the visit has been postponed.

The independent members are also facing sharp divisions among themselves as the majority supports the Enqadh Watan coalition, as some teamed up with the Coordination Framework while the rest stood aside.

This is due to the fact that Enqadh Watan does not have the required two-third majority to pass the presidency selection, and the Coordination Framework has secured the blocking third that prevents Enqadh Watan from selecting the president.

According to the constitution, the prime minister should be designated by the president, and then he should present his Cabinet to the parliament. This means the entire process has been blocked and there is no solution but breaking the blocking third, which can be only possible by negotiation and forming a consensual government with participation of all parties based on their credit points acquired from the number of their seats in the parliament.

In the meantime, the current government will continue as a caretaker administration for as long as the political deadlock remains in Baghdad or early elections are conducted.