The often-deadlocked parliament chose a veteran Kurdish politician as president, who in turn designated Muhammad Shia al-Sudani for the prime minister position. 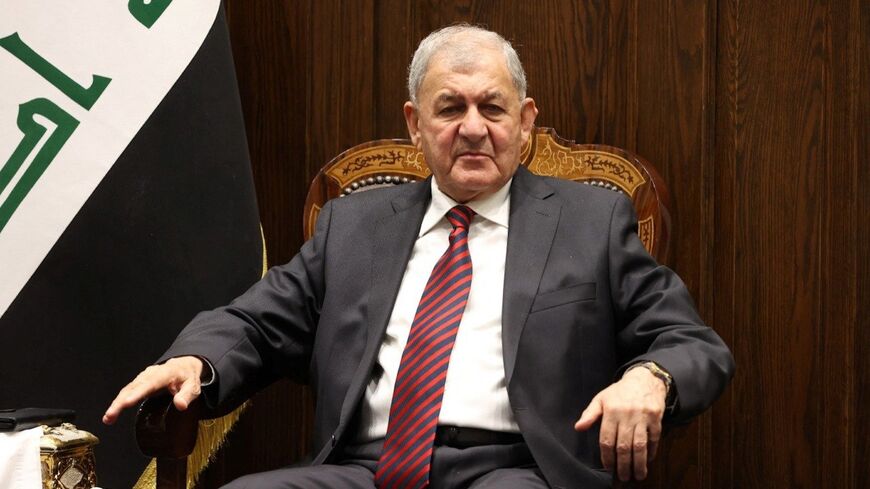 Following a year of political deadlock since general elections in October 2021, Iraqi lawmakers today elected a new president as part of the process to form a government.

The parliament session was attended by over 260 of 329 members, thus reaching the necessary two-thirds quorum. Some independent MPs  boycotted the session because lawmakers have not reached an agreement with the Sadrist faction.

Sadrists won the largest number of seats in last year's elections and made an alliance with the Sunni Taqaddoum party, led by Parliament Speaker Muhammad Halbusi, and the Kurdistan Democratic Party, led by Masoud Barzani. However, the group's leader, Shiite cleric Muqtada al-Sadr, failed to form a new government after his Shiite rival bloc, the Coordination Framework, convinced more than one-third of lawmakers to boycott sessions for selecting the president. Since choosing the president precedes the selection of a prime minister and requires two-thirds of lawmakers to be present for the vote, the so-called "blocking third" stalled the government's formation.

In June of this year, Sadr withdrew his lawmakers from parliament, opening the way for the Coordination Framework to become the largest bloc and thus select a president in alliance with Sadr's former allies.

In Iraq's informal power-sharing tradition, the president must be Kurdish and the prime minister Shiite. As a part of a deal between the Kurds and Shiites, a prominent Kurdish figure, Abdul Latif Rashid, was nominated as a compromise candidate for the presidency.

Former President Barham Salih had remained as a candidate for reelection. In the first round, neither candidate earned the required 220 votes. In the second round, when only a simple majority is required, Rashid won the position with 162 votes against Salih's 99.

Rashid, an Iraqi Kurd from the city of Sulaymaniyah born in 1944, is affiliated with the Patriotic Union of Kurdistan. He served as minister of water resources from 2003-2010, and became a presidential advisor in 2010. In 2018, he ran for the presidency but lost to Salih.

Shortly after today's vote Salih tweeted his congratulations to Rashid, wishing him success in the post.

Immediately after being chosen, Rashid designated Muhammad Shia al-Sudani for the position of prime minister.

Sudani now has one month to form a government and come to the parliament to obtain a vote of confidence.

Caretaker Prime Minister Mustafa al-Kadhimi congratulated both the president and the prime minister-designate, wishing them success and calling upon the political parties to support them.