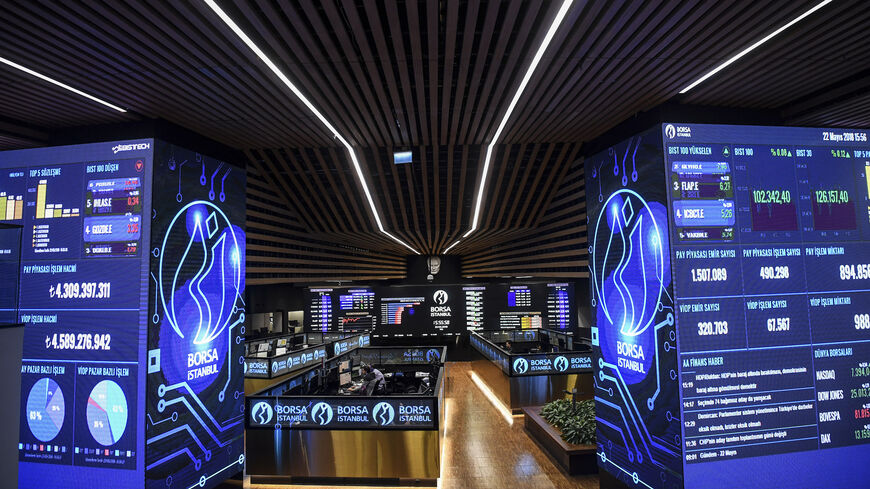 Traders work at their desks on the floor of the Istanbul stock exchange, Borsa Istanbul, on May 22, 2018, in Istanbul, Turkey. - OZAN KOSE/AFP via Getty Images

Borsa Istanbul’s BIST 100 index rose to 2,533 points at around 2:50 p.m. Istanbul time, according to Yahoo! Finance. It was the highest level since data first became available in 1988, per data from Investing.com. The index later fell slightly to close at 2,519.24 points.

The BIST 100 is a stock index of the largest 100 companies traded on the Borsa Istanbul. It is considered a benchmark for the Turkish stock market.

Why it matters:  Borsa Istanbul has been steadily rising since September 2021, according to Investing.com. The recent increase was in part due to the shares of Turkish Airlines, the financial services company Garanti BBVA and the defense firm Aselsan rising, Anadolu Agency reported yesterday. Turkish daily Hurriyet reported last month that the iron and steel producers Eregli and Kardemir helped drive the index’s growth, in addition to the engineering firm Enka.

Turkey’s overall economy is struggling, however. Inflation continues to soar in the country as President Recep Tayyip Erdogan refuses to raise interest rates. The country is also facing a food crisis, in part due to the war in Ukraine.

Know more:  Turkey's finance minister caused an uproar last month when he pledged to “take down” the bureaucracy in his quest to attract foreign investment.

Turkey is also seeking investment in its growing fintech sector.