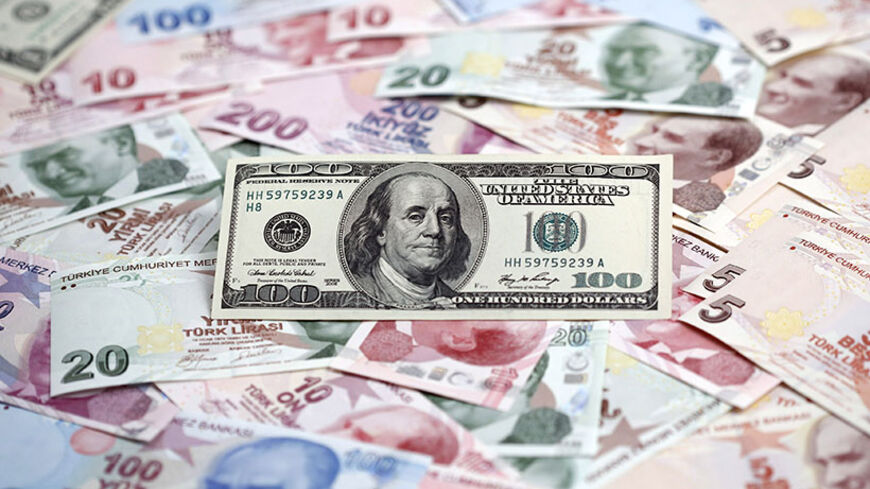 A photo illustration taken in Istanbul shows a US banknote against Turkish lira, Jan. 7, 2014. - REUTERS/Murad Sezer

Foreign investors at the Turkish stock market would normally turn to selling in May, but this year they threw a curveball.

Local investors were uneasy at the beginning of May, expecting a significant foreign sell-off. But as locals moved to sell, heeding the pundits’ forecasts of “profit realization,” foreigners took the opportunity to buy, amassing shares worth $705.59 million — their largest monthly buy this year.

Borsa Istanbul’s (BIST) foreign investors have drawn attention as buyers since February. Trading had been marked by massive sell-offs until the end of January amid a corruption scandal, leaked audio tapes and political uncertainty ahead of the local elections in March.

Given that the yearly deposit yield is currently in the 8-10% range, the size of the post-crises opportunities and profits the Turkish stock market has offered becomes even more striking.

But how did the stock exchange rally so fast? With foreign money flowing in.

Foreigners had remained sellers in November, December and January. The shares they sold in January alone were worth $494.96 million. But the market mood improved as the local election results reinforced expectations that the government would remain strong and were coupled with expectations of problem-free presidential elections in August.

In the meantime, the Central Bank’s 5.5-point interest rate increase, which infuriated the government, was highly effective in calming down the markets. Government officials continue to criticize the Central Bank today, citing the positive market climate. They ignore the fact that this climate owes much to the Central Bank and portrays the institution as a stumbling block in the struggle against the interest rate lobby.

Investment of $2 billion in four months

Starting from February, foreign investors turned to buying and their appetite gradually increased. The shares they bought over the past four months were worth $2.3 billion: $206.95 million in February, $682.98 million in March, $437.07 million in April and $705.59 million in May. Given the $494.96 million sell-off in January, the net foreign buys this year amounted to $1.54 billion.

Why do foreign investors buy?

The flow of foreign money into the Turkish stock market is driven by improved economic indicators as well as the European Central Bank’s (ECB) rate cut and its signal for a monetary expansion of about 400 billion euros. The Russia-Ukraine tensions have also helped Turkey get a larger share from the hot money flow. That the Federal Reserve has not yet signaled a possible rate increase for 2015 is also good for the Turkish markets.

So, Turkey is likely to preserve its appeal even if interest rates go down — of course, if no political surprise strikes. Explosive incidents such as the recent removal of the Turkish flag from a military zone in Diyarbakir may result in unforeseeable ramifications and have consequences for both the “settlement process” and the presidential elections.

The general indications at present, however, point to an upward trend at Turkey’s financial markets. The rally at the stock exchange, the good growth rate, expectations for an increase in exports and a decrease in the current account deficit are all likely to sway the Central Bank’s interest rate decision on June 24. The prospect for a cut of at least 50 base points is growing stronger. And lower interest rates will further stoke the stock exchange. In remarks to Bloomberg HT television on June 10, Ibrahim Usul, Turkish Economy Bank (TEB) research director, said the rate cut expectations may propel the BIST 100 Index to 84,000 points.

The ECB lowered its policy rate. It also announced it would start charging a negative interest rate on money banks deposit at the ECB, effectively pushing banks to lend to businesses rather than keep their money at the ECB — a move aimed at stimulating the economy.

That the monetary expansion card remains unused keeps market expectations alive. And because many “expectations” are bought before they materialize, the rally at the stock market continues.

The abundant liquidity, in fact, has few other options than the high interest rates and stock markets of emerging economies.

Pundits have cautioned that the high-speed rally, driven by hefty foreign buying, could be followed by occasional stints of profit realization. Yet, absent a serious political risk or an increase in the US interest rate, the trend for the second half of the year appears to be upward.