Will investment trends change in Turkey in 2015?

The Istanbul stock exchange emerged as the most profitable investment tool in Turkey in 2014, followed by the dollar. 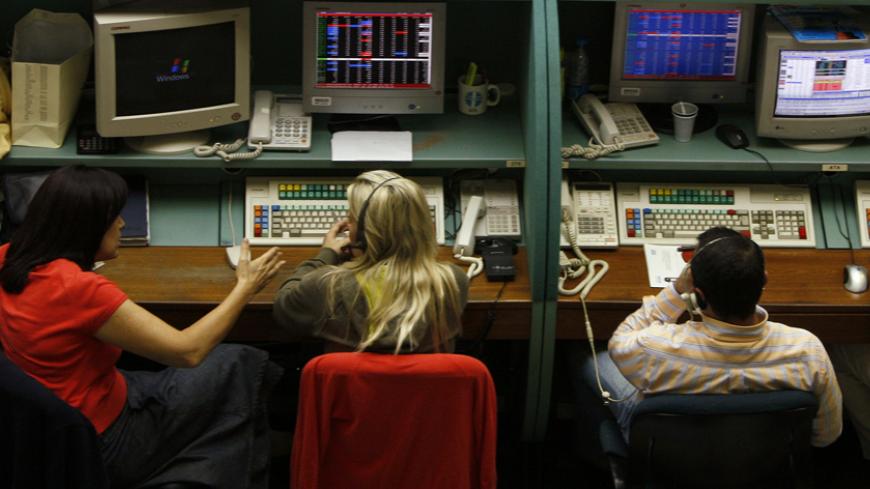 Traders work during the afternoon session on the floor of the stock exchange in Istanbul, Sept. 18, 2008. - REUTERS/Fatih Saribas

In regard to interest rates, the Turkish Central Bank’s benchmark rate currently stands at 8.25%, but bank deposits of more than 100,000 Turkish lira earned interests of about 10-11% last year. Because of taxes on deposit earnings, the dollar still outdid Turkish lira deposits to become the second most profitable investment tool, after the stock exchange.

How did the stock exchange end up yielding the highest profits? Because it had started the year low. The BIST-100 index, which rose to an all-time high of 93,178 points on May 22, 2013, was down, as noted, to 67,801 points by the end of 2013, hit by the Gezi Park protests and corruption probes that targeted government members in December of that year. The stock exchange, however, recovered as the political upheaval subsided, the government proved its strength in both municipal and presidential elections, and Turkey’s credit ratings remained unchanged.

Foreign investors played a major role in the stock exchange rally. Although December saw a net foreign sale of $108 million, foreign investors closed the year with net buys of about $2.23 billion, which signifies a remarkable upturn in sentiment, given the $429 million net sales in 2013. According to figures Al-Monitor obtained from Is Investment Securities, the foreign investment share on the Turkish stock exchange now stands at 63.9%.

Despite last year’s rally, the Istanbul stock exchange is yet to reach or surpass its all-time high of May 2013, but projections for 2015 indicate the record could be broken this year. A report by Is Investment Securities, penned for clients in December and read by Al-Monitor, puts the 2015 year-end projection at 97,000 points, which would mean a potential increase of up to 14%.

The report underlines that the Turkish lira’s retreat has stopped, and yields on 10-year bonds have decreased by some 200 basis points, to less than 8%, amid an increasing risk appetite among investors and the sharp fall in oil prices.

The report, however, warns that the upturn could be short-lived. “Anticipation of rate cuts by the Central Bank could send the markets rallying in the beginning of 2015. However, we do not expect the positive sentiment, spawned by low interest rates and the positive oil shock, to be long-lived. Post-election uncertainty on economic management and policies [following the June parliamentary polls], signals of impending rate hikes by the Fed and a potential rise in oil prices is likely to increase volatility on the Istanbul stock exchange in the second half of the year,” the report said.

What about interest rates? What policy is the Central Bank (CBRT) expected to follow? In a Dec. 10 report on its monetary and exchange policy for 2015, the bank stated: “The CBRT does not have a nominal or real exchange rate target under the current exchange rate regime. Nonetheless, with a view to limiting the risks to the financial stability, the CBRT does not remain unresponsive to the excessive appreciation or depreciation of the Turkish lira … The CBRT may intervene directly or through flexible auctions in the market, in case of unhealthy price formations due to speculative behavior stemming from a loss in the market depth.”

A Fed rate hike could lead to an upward movement in the dollar, while falling interest rates and inflation could lead to a decrease in interest rates. Meanwhile, gold remains an investment tool of surprises. Hedge funds, however, have increased their long positions in gold in recent weeks amid expectations of rising prices.

Baki Atilal, research manager at the Turkish Investment brokerage house, projects that the dollar exchange rate will fluctuate in the 2.28-2.45 range this year and that the BIST-100 index will reach 97,500 points. According to Uzeyir Dogan, research director at Marbas Securities, the dollar is likely to be worth between 2.45 and 2.5 Turkish lira at year's end, with the stock exchange index fluctuating between 74,000 and 99,000 points.

In sum, the projections of experts and the reports of brokerage firms suggest that the ranking of most profitable investment tools is to remain largely unchanged in Turkey this year. Yet, risk factors — such as the general elections in June, regional upheavals and possible rate hikes — should not be overlooked.

Meanwhile, figures were released on the nationalities of foreigners active in the stock market. According to research opposition provided to Al-Monitor via email by Umut Oran, a Republican People's Party deputy, Americans lead in foreign share ownership on the Istanbul stock market. One thousand three hundred fifty Americans, who own shares worth 53.1 billion Turkish lira, control 21.3% of the total shares. British investors follow in second place, with shares worth 26.1 billion Turkish lira.