Income tax is now in the pipeline in Oman, and other nations in the Gulf, one of the world’s largest bastions of tax-free wages, are watching with interest. 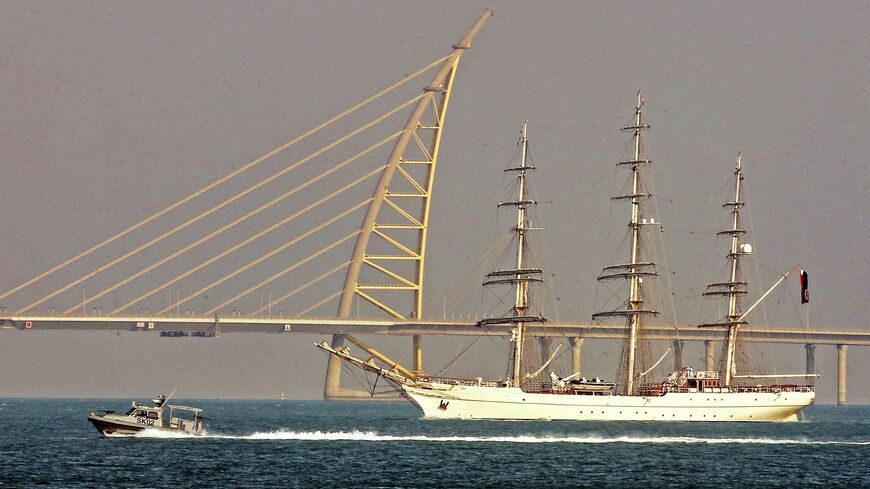 After two years of suspense, the Gulf state of Oman could pull the trigger next year.

“Income tax is still on track,” a source at the sultanate's National Program for Fiscal Balance told Al-Monitor on condition of anonymity. "We just finished the drafting of the law and we are doing some operational readiness. We expect the personal income tax to go live in 2023 [probably first half], provided that it receives all approvals including the royal decree." Two additional sources at the program confirmed the statement.

Fitch Ratings and S&P Global Ratings also estimated that Oman will likely introduce a personal income tax on high wage earners in 2023. As yet, the details are scarce.

“Oman is more likely to bring personal income tax in the range of 5-9%,” said Anurag Chaturvedi, chief executive of tax consultancy firm Andersen in the United Arab Emirates (UAE). He told Al-Monitor that industrial groups and agencies close to the government expect foreign nationals would be subject to a personal income tax rate between 5-9%, likely on Oman-sourced income above a threshold of $100,000, and Omanis would be subject to 5% tax on their net global income above $1,000,000.

The proceeds will go toward social programs, the National Program for Fiscal Balance source said. Following rare social unrest in May 2021 over high unemployment and resentment among youth towards the country’s political elite, the Omani leadership pledged to strengthen social safety nets to preserve social and political stability.

The situation is “suitable” to start taxing personal income, said Haitham Al-Khoshman, a Jordan-based MENA economist with previous experience in Gulf financial institutions. “It is now an economic boom period for the Gulf region, and most Omani people who live modestly will not oppose taxing high earners,” he told Al-Monitor.

Oil prices have reached their highest levels since 2008 recently in response to the Russian invasion of Ukraine, briefly trading above $139 a barrel in March 2022.

More than immediate revenue, the primary goal of income tax appears to be laying the groundwork for greater wealth redistribution.

“Not at the table at all now”

Oman’s move, if confirmed, would be the first time a Gulf Cooperation Council (GCC) member state introduced personal income tax. The wind of change blowing from the southern end of one of the world’s largest tax-free wage bastions could arouse the  interest of other GCC governments to explore new revenue streams, such as value-added tax, to diversify their rent-driven fiscal landscapes.

The finite nature of hydrocarbon resources coupled with volatile oil prices and steady population growth means that “GCC governments cannot indefinitely rely on oil resources to finance their budgets in a sustainable manner,” the International Monetary Fund (IMF) wrote in 2015. Consulting firm Oliver Wyman reported that as of 2019, Saudi Arabia derived only 16% of government revenues from taxes, compared to an average of 90% in OECD countries.

“The most likely candidate to follow suit Oman on personal income tax would be Bahrain,” Al-Khoshman believes. Although it resumed making payments into its Future Generations Reserve Fund, the island country has small oil reserves and weak fiscal positions. In 2018, neighboring Saudi Arabia, the UAE and Kuwait gave Bahrain a $10 billion bailout.

Andersen’s Chaturvedi does not foresee GCC countries, except Oman, implementing personal income tax by 2030. In the UAE, an income tax is “not at the table at all now,” Minister of state for foreign trade Thani Al Zeyoudi told Bloomberg in February 2022 following an announcement that the country will start levying a 9% corporate tax in 2023.

Although personal income tax could benefit public finances, it might also make Gulf nations a less attractive work destination. In the UAE, Chaturvedi said that the government focuses on attracting global talent by providing long-term residency visas and tax-free income, hence it is unlikely to implement personal tax in the next seven years.

In 2017, Saudi Arabia's Shura Council considered taxing remittances sent by foreign workers to their countries — $41 billion in 2021 — before withdrawing the proposal to avoid a backlash.

“Oman may choose to bring personal tax by linking it with permanent residency or other incentives to make it attractive,” Chaturvedi said. In 2021, Oman launched the Investor Residency Programme through which wealthy foreigners can secure long-term residency.

“People are hit by amnesia”

Omanis interviewed by Al-Monitor said increasing taxation should come with greater political representation.  Many also gave priority to the need for reform and anti-corruption initiatives.

Policymakers are reluctant to introduce new taxes as citizens grew accustomed to a tax-free wage — GCC states agreed to implement value-added tax in 2016 but Qatar and Kuwait failed to do so. In 1950, Saudi Arabia attempted to introduce personal income tax on nationals and non-nationals, but the tax law was reformed six months later to exclude citizens and suspended for foreigners in 1975 as oil revenues grew and the Gulf kingdom needed foreign expertise.

“The social texture is almost common across the GCC region: the society is used to the welfare state, so in my opinion, we can expect a major shift in the region’s mindset,” the source from Oman’s National Program for Fiscal Balance said, in reference to the personal income tax.

But this has not always been the case. Before the oil era, taxes were an integral part of Gulf societies’ fabric as trade and pearl diving dominated the local economy. “Since time immemorial, taxing was a norm in Gulf coastal towns,” said Bader Al-Saif, assistant professor of history at Kuwait University, including pearling season tax, customs duty, transit tax on goods re-exported, land taxes, tax on renting a shop, etc.

“People are hit by amnesia because since oil discoveries in the 1930s we have seen a halt in taxation if you may,” Al-Saif told Al-Monitor. "The economic structure has been revamped completely and people were numbed as Gulf governments brought in the welfare state system."

Contributing financially to the common good is not alien to 21st-century citizens of GCC states, though. The Islamic Zakat is a religious contribution that has to be paid every year to support charitable purposes and poor or needy members of the society.

Al-Saif believes Gulf states’ oil-rent-driven exceptionalism will not last. “We are just like any other society and guess what, taxation has proven valuable as a way to organize the state-society relations worldwide. We tried it in the past, so it is not inventing rocket science.”