Is Oman’s model of governance about to shift? 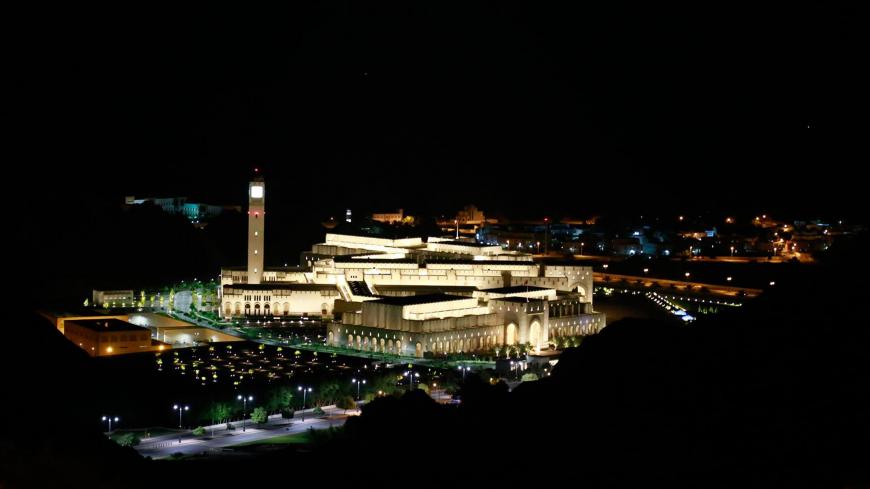 “Over the past 40 years, the government was like our mother,” said Mohammed al-Salmi, a financial analyst at the Central Bank of Oman.

​Like other Gulf states, Oman does not grant citizens freedom of expression or the right to choose their leader, but it does provide citizens a range of material advantages: public sector jobs, subsidies, free health care and education, a free plot of land, a pension and no income tax.

However, Oman’s public debt has skyrocketed since oil prices declined in 2014, going from less than 5% of Oman's gross domestic product to nearly 60% last year. Until 2023, annual budgets were already expected to be in the red. But the 2020 fiscal deficit is expected to be four times higher than previously forecasted because of the double shock of the COVID-19 pandemic and plunging oil prices, credit rating agency Fitch estimated.

To reverse the trend, the cash-strapped Omani government is expected to cut down on public expenditures and impose austerity measures. But such a move would revamp the model of governance that has prevailed since the late Qaboos bin Said ascended to the throne in 1970.

Public policy analyst Ahmed al-Mukhaini believes the era of "total dependence" on the government is about to end. “There will be more and more participation from the population, as the government will use the limited resources available more wisely,” he said.

In March 2020, the Ministry of Finance cut budgetary allocations to government agencies by 5%, as a global oil price war sparked by Saudi Arabia is expected to disrupt Oman’s finances (72% of Oman's revenues come from the hydrocarbon sector).

Public taxation is also increasing. A sin tax was implemented in June 2019 on products like sugary carbonated drinks and tobacco, and a serially delayed 5% value-added tax is expected in 2021. According to Salmi, electricity and water subsidies could soon be slashed and, in the long term, Omanis could see an income tax.

Issam Abousleiman, the World Bank's country director for the Gulf Cooperation Council countries, told Al-Monitor that several complementary policies "should happen at the same time," including "targeting of social protection, where possible."

Abousleiman said the pension system is not at risk of revision, and he called for high-quality government services, "notably in education and health."

Above all, reforming the labor market — an unpopular move — would be the cornerstone of a post-Qaboos welfare state. About 43% of Omanis work for public entities. Abousleiman recommended economic diversification to foster private sector job creation and to further "relieve the expectations on the government to provide employment."

“The government would have to work very hard on how to make the public sector unattractive,” Mukhaini said. Following a field visit to Oman in 2019, the International Monetary Fund (IMF) suggested that the wages and benefits of the private sector need to align more closely with the public sector to make employment in the former more appealing.

Salmi believes Omanis should be "compensated" for any losses following a decrease in benefits and foresees an increase in public participation in politics via the country's legislative body, the Majlis al-Shura.

Omanis who talked to Al-Monitor, as well as Mukhaini, believe any upcoming austerity measures "should not make the poor poorer and the rich richer," Mukhaini said.

"People would only accept fair reforms, or else will unite and come [together] to do strikes,” an Omani professor said.

According to rating firm S&P, the new ruler will face “a difficult trade-off” in the coming months to address high unemployment among youths, weak growth, and fiscal and funding pressures.

Oman’s Ministry of Finance did not reply to Al-Monitor’s request for comment.

Sultan Haitham bin Tariq "is already planting the seeds by cutting the royal expenditures tremendously," Mukhaini said. "The new ruler recently laid off 51 advisers who served his predecessor. The previous sultan had a lavish lifestyle, palaces and entourage.”

'Put the house in order'

In the long term, heavy reliance on hydrocarbon revenues is unsustainable, as the world is “gradually moving away from oil,” the IMF said in a February 2020 report.

Analysts believe Oman should build a model of governance tailored to the post-oil era. Along with a more stringent budget environment, the new leadership pledged to implement structural reforms to diversify the rentier economy and foster private sector-led growth.

Why didn't these structural reforms take place sooner? To ensure political and social stability, Sultan Qaboos avoided controversial measures that could have triggered short-term political unrest and instead relied on the country’s long-term road map.

In 2011, at the height of the Arab uprisings, Sultan Qaboos promised to create 50,000 jobs and institute unemployment benefits in an attempt to defuse unprecedented nationwide protests.

“The sense of urgency was not there,” Mukhaini said, in reference to the former leadership. “Either Sultan Qaboos’ immediate circle was not transparent enough with him or they did not realize the degree of the severity [of the economic situation].”

Yet the lack of economic reforms did not stop Omanis from loving the monarch, who built a modern state out of a medieval-like society he inherited in the early 1970s. Mukhaini said that “Omanis found an excuse for Sultan Qaboos” since the ruler "focused on the stability of the region and foreign affairs issues before he died, more than internal ones."

Defense and security expenses account for over a quarter of Oman's annual budget.

The relationship between state and society that Omanis have known for decades will likely never be the same. “Now, Sultan Haitham’s instructions are really to put the house in order,” Mukhaini said.