Instead of basking in the success of the regional Negev summit, Foreign Minister and Alternate Prime Minister Yair Lapid must face security challenges and severe coalition crisis. 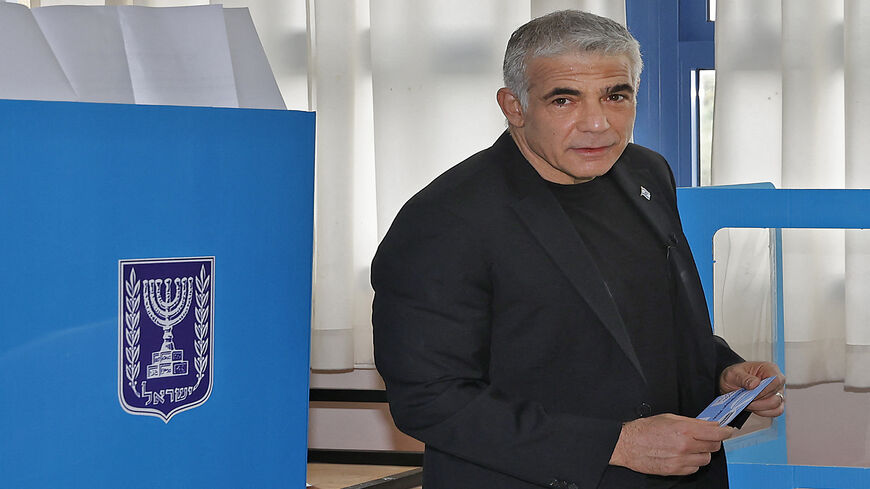 It took time for Foreign Minister Yair Lapid to establish himself as a serious politician and statesman. This week, he suddenly found himself caught up in a political crisis that threatens the coalition’s very survival and his own political future. It is a situation over which he seemingly has no control.

The April 6 decision by Knesset member Idit Silman to quit the coalition sent shockwaves through the government and all its diverse parties. Even before she made her exit, this was a very fragile coalition, with a majority of just one seat. Without her, it has lost that majority and will have a hard time functioning for much longer.

To make matters worse, other Knesset members from Yamina, which happens to be Prime Minister Naftali Bennett’s own party, are also looking for ways to return to their natural home on the right, meaning that the Bennett-Lapid government is living on borrowed time. It is commonly thought that Israel will find itself in a new election cycle as early as September.

That is why all eyes were on Lapid April 6. Should there be early elections, the coalition agreement between him and Bennett gives him the right to become prime minister immediately, instead of waiting for the summer of 2023 for the rotation agreement to be implemented. When negotiating the rotation agreement, Lapid, who also holds the title of alternate prime minister, added a “safety net clause” by which he would immediately become transitional prime minister if the Knesset is dissolved and elections are advanced. He will then have all the legal authority that comes with the position. Most importantly, he will then be able to conduct his campaign as a serving prime minister. There can be no doubt that this would be a major advantage.

At first thought, Lapid has reason to be relatively calm. His own Yesh Atid party has a steady showing in the polls. Unlike Bennett and Yamina, Lapid controls his party’s members. Upon closer inspection, however, Silman’s decision to leave the coalition and the shockwaves it caused, present Lapid with a serious personal political challenge.

Associates of Lapid admit he would prefer that the current government continues to serve, so that he can implement the rotation agreement in an organized manner, with the same coalition. The reason for this is that no one can predict what the new balance of power will be after the next election, and no one can ensure that Lapid will even be a part of the next government. He could just as easily find himself back as head of the opposition.

This danger for Lapid is real. The chances that the current coalition’s right-wing members will agree once again to join a coalition with Arabs and the left are uncertain at best. In other words, Lapid might have a hard time forming a new government.

At the same time, it is also important to note that Lapid’s problems did not begin with the Silman affair. During the recent wave of terror, at the end of March, he found himself shunted aside. Prime Minister Bennett and Defense Minister Benny Gantz were the ones handling developments.

Lapid was relying on his regional Negev summit two weeks ago to boost his reputation. He had managed to bring Arab foreign ministers (Morocco, Egypt, the Emirates and Bahrain) and even US Secretary of State Antony Blinken to Israel, in what could only be described as a major victory for Lapid. It would have brought him to the spotlight, both in Israel and internationally, as an experienced leader and statesman who is ready to lead the country.

The summit was a success, but the terrorist attack in Hadera right before it began, on March 27, was a distraction. Israelis were more concerned about the implication of terrorism returning to their cities. This meant that Lapid could not take advantage of the summit to its fullest. Another terrorist attack in Bnei Brak two days later caused people to forget about the summit entirely. If anything, it seemed out of touch, when compared with the blood-drenched reality on the ground. Israel seemed to be caught in the middle of a new wave of terror, which could last a long time. It would certainly continue through the holy month of Ramadan.

Both Bennett and Gantz visited the sites of the attacks. They met with security forces and offered briefings about the situation. Everything they did was covered extensively. Lapid was pushed off to the side.

In the current government, no single individual holds entirely political power. Instead, every one of its key players must fight for his position and status. Bennett wants to remain prime minister. Gantz feels that he should have been prime minister in the first place, and that the position was taken from him. He has even said that he has not given up on his dream of leading the country. Lapid, who also wants to be prime minister, has arrived at this moment ready for it. At the same time, however, none of these three men score high in polls about their suitability to serve as prime minister. Former Prime Minister Benjamin Netanyahu overshadows all of them.

As a result of this, so it seems, Lapid concluded that he has to establish a presence on the ground and create his own security agenda. That is why he paid a visit to the Damascus Gate on the evening of April 3. Over the last few days, there have been several clashes at the site between Palestinians and the police, so the Israel Defense Forces and police presence at the site has been increased. Lapid decided to go there to show support for the security forces. He even took photos with them, which he immediately posted to social media. Soon after he left, there were even more clashes at the site. His visit, it was said, was the cause of the unrest.

Hamas was quick to condemn Lapid’s visit. A statement by the group’s spokesperson in Jerusalem referred to it as a serious escalation and said that Israel would suffer the consequences. But even the Palestinian Foreign Ministry issued a sharp condemnation of Lapid’s visit.

Even the coalition could not understand the visit, though it was careful not to criticize Lapid publicly over it. One senior member of the coalition told Al-Monitor on condition of anonymity, “It was unnecessary. It’s not as if Lapid is to blame for the clashes, but it is not at all clear what made it so urgent for him to visit there.”

The wave of terrorism has since died down, but as mentioned another serious political crisis has struck the government and its leaders. Lapid has maintained his silence ever since learning about Silman’s decision to leave the coalition, and he instructed the members of his party not to talk about it. The problem is that Lapid is connected to Bennett. They are considered political allies. Any criticism of what Bennett does is harmful to the government’s image as a whole and to Lapid personally.

True to his own modus operandi, Lapid is careful not to react too quickly to the coalition crisis. Like in past crisis situations, he is taking his time, preferring to keep a low profile until he plans a comprehensive strategy. In past crisis, Lapid recruited the help of his American pollster Mark Mellman, who is conducting in-depth polling in order to shape his reactions. He might resort to his services in this case as well. The course of reaction he will opt for could turn into an election plan, should the government fall. In such a case, Lapid is likely to find himself facing off one more time against Netanyahu.