Disaster for Israeli coalition as legislator walks out

Idit Silman has joined the opposition, ending the government's narrow majority in the Knesset. 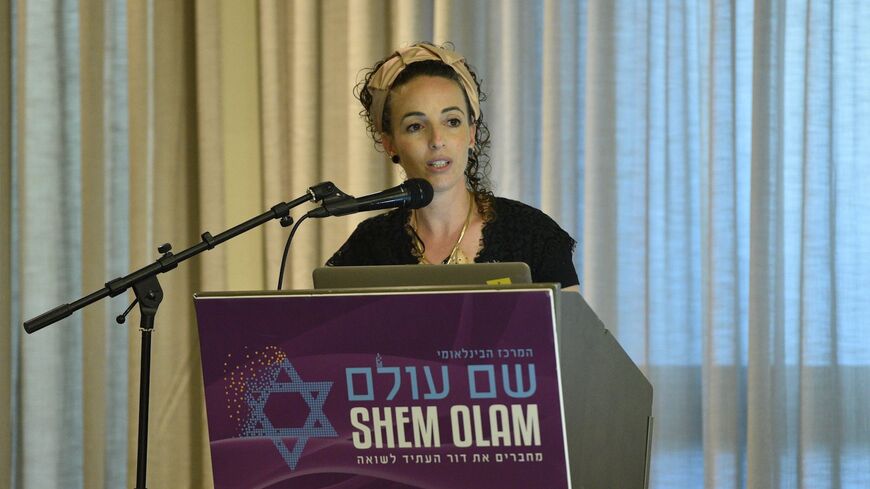 Knesset coalition whip Idit Silman dropped a bomb on April 6, announcing she was quitting the governing coalition and calling into doubt the survival of Prime Minister Naftali Bennett’s government formed less than 10 months ago.

Silman wrote Bennett that she can no longer support the government, adding that she would now devote herself to winning over other right-wing coalition members and convince them to return to their ideological fold and form a right-wing government to replace the current one that includes left-wing and centrist parties.

“I am attentive to voices from the field and to the sincere protest of the electorate whose support got us elected, and also to the pain of those who did not vote for us but belong to the national camp. I can no longer bear the damage to values ​​and flags that are our essence and right,” she wrote.

Silman is a member of Bennett’s Yamina party. Her decision was particularly jarring because she appears to have cooked up the move without informing him that she was negotiating with the opposition Likud party for a top slot in a future government.

Silman’s announcement was clearly carefully timed. She has been invited as a guest of honor to a protest rally planned later in the day against the government’s counterterrorism policies that the current opposition leader, former Prime Minister Benjamin Netanyahu, is expected to address.

All eyes are now on her fellow Yamina Knesset members, any of whom could join her walkout. The most likely candidate is Nir Orbach, who has made no secret of his dissatisfaction with various government decisions in recent months.

Silman wrote in her letter of resignation, “I call on you and the rest of my friends: We have to admit the truth. We tried. It's time to recalculate a route, to try to establish a national, Jewish, Zionist government. Let us join hands and express the values ​​for which we have been chosen and represent the majority of the people.”

Netanyahu tweeted a video congratulating Silman for “making the right decision," saying, "Welcome back to the real right, to the national camp. We all salute you!”

Two hours later, a reenergized Netanyahu was already addressing the Knesset plenary and announcing the government’s demise. He said, “I tell this weak, cowering government: Go home. And I call on those who remain in this coalition: Come home. Join us and together we will restore Israel onto a path of success, prosperity, security and peace.”

Bennett was caught completely off guard. His aides tried to reach Silman throughout the morning after she announced her resignation with no success.

In the days leading up to her move, Silman had been harshly critical of Health Minister Nitzan Horowitz, leader of the leftist Meretz party and a staunch secularist, for instructing hospital directors to respect a Supreme Court ruling allowing bread to be brought into hospitals during the upcoming Passover holiday despite a halachic ban on eating leavened products during the week-long observance.

Silman, an observant Jew, perceived Horowitz’s words as a slap in the face and lack of regard for the feelings and beliefs of her supporters. She heard their critical comments and religious protests and received harsh castigation from rabbis for having a hand in the destruction of Israel’s Jewish identity.

On April 3, Silman announced that if Horowitz insisted on allowing bread into hospitals, she would no longer support his membership in the government. Her warning was met with disdain. Even Bennett asked her to stop her threats, likely catalyzing her decision, spurred on by the Likud. According to various news reports, the Likud promised she would be named health minister in a future right-wing government. Though she must understand the fickle nature of politics and political promises, Silman opted to abandon her influential role in the coalition in a move highly likely to bring down the government. Government supporters are accusing her of opportunism.

Silman’s resignation is a colossal failure for both Bennett and his alternate, Foreign Minister Yair Lapid, head of the centrist Yesh Atid party. Had they taken her concerns seriously, they might have prevented the downfall of the coalition’s narrow 61-seat majority. Bennett, who was busy positioning himself as an international mediator and statesman, ignored his own party’s politics.

Silman’s departure leaves the coalition with 60 seats in the 120-seat legislature, depriving it of the majority it needs to push through legislation. It places the Likud just one lawmaker away from achieving a majority to disband the Knesset in five weeks.

Silman’s resignation is unprecedented. Chairs of Knesset coalitions are generally close confidants of the prime minister tasked with watching his back, and no coalition whip in memory has ever crossed the line.

Looking at the broader picture, Bennett and Lapid failed to defend their rickety coalition. While they did succeed in forming a highly complex coalition and government against all odds and pushed through a budget, they did not weaken the Netanyahu-led opposition enough. Polls have shown voters abandoning Yamina and the other hard-core right-wing member of the coalition, the New Hope party of Justice Minister Gideon Saar.

The spate of terrorist attacks at the end of March weakened Bennett further and played into Netanyahu’s hands. Bennett’s party is now left with five Knesset seats and he has little public support that no mediation between Russia and Ukraine can raise. Silman’s resignation proves that the crisis of governance that began three years ago with Netanyahu’s criminal indictment for corruption and the attendant political fallout was never really resolved.

Any measures to disband the Knesset and call new elections will have to wait until the Knesset returns from its spring break in early May. Under Lapid’s job-sharing deal with Bennett, if early elections are scheduled, Lapid will become interim prime minister and challenge Netanyahu head-on for Israel’s leadership.