As dialogue falters, Khamenei says 'no possibility' of Saudi victory in Yemen

The comments on Twitter by the supreme leader follow the suspension of talks between Iran and Saudi Arabia. 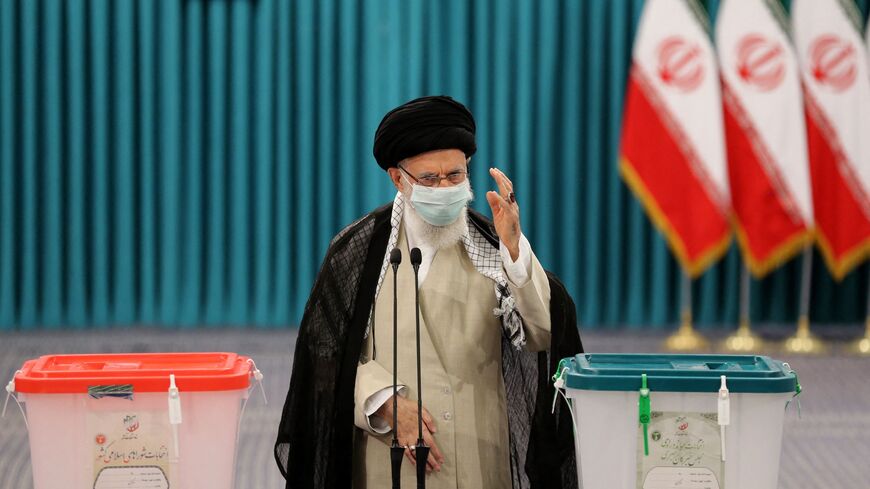 Iran's Supreme Leader Ayatollah Ali Khamenei, wearing a face mask due to the Covid-19 pandemic, waves after casting his ballot on June 18, 2021, in the Islamic republic's presidential election. - ATTA KENARE/AFP via Getty Images

Khamenei told Saudi Arabia via Twitter to cease its involvement in Yemen’s civil war, saying he made the comments out of “good will” towards the Gulf kingdom.

“I have a word with the Saudis, and I give this counsel out of good will for them. Why are you continuing a war you're certain you won’t win? Find a way out of this war. #Yemen,” Khamenei tweeted.

Saudi Arabia leads a coalition that backs the Yemeni government of former President Abd-Rabbu Mansour Hadi against the rival administration of the Houthi rebels, who are supported by Iran. The war is widely dubbed the world’s worst humanitarian crisis, with both sides being accused of committing war crimes. In addition to the fighting in Yemen, Houthi forces have also launched numerous attacks on Saudi territory.

A cease-fire came into effect this month.

Why it matters: Khamenei’s tweets follow the breakdown in talks between Iran and Saudi Arabia. About a year ago, the two geopolitical foes began a dialogue in Baghdad aimed at reducing tensions. The two countries have a variety of disagreements, and not just on Yemen. Saudi Arabia also opposes Iran’s nuclear program as well as the Islamic Republic’s support for the Lebanese paramilitary Hezbollah. Iran is against the repression of Shiite Muslims in Saudi Arabia, among other issues.

Things subsequently went sour, however. In December, a Saudi diplomat accused Iran of “playing games” with the talks. In March, Iran “temporarily” suspended the talks for reasons unknown.

Know more: There have been several notable developments in the Yemen war recently. Earlier this month, Hadi ceded his powers to a new presidential council, which is now tasked with upholding the cease-fire.

Earlier this year, Houthi forces escalated their cross-border operations by launching drone and missile attacks on the United Arab Emirates. The UAE is a member of the Saudi-led coalition.