Foreign Minister Faisal bin Farhan offered major concessions demanded by the Houthis in a bid to end the Yemen conflict. 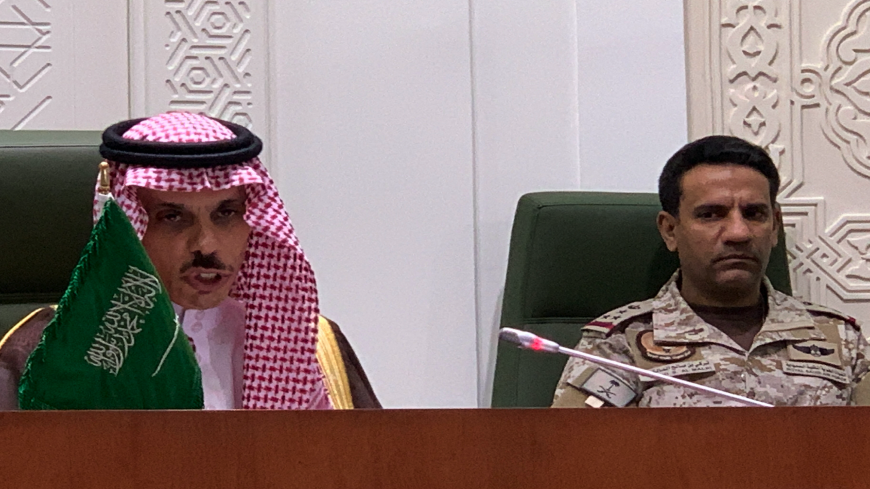 Saudi Foreign Minister Faisal bin Farhan (L) speaks during a press conference in the capital Riyadh on March 22, 2021, announcing an offer of a cease-fire with Yemen's Houthi rebels. Saudi Arabia offered Yemen's Houthi rebels a "comprehensive" cease-fire, among a series of proposals aimed at ending a catastrophic six-year conflict. The proposals include "a comprehensive cease-fire across the country under the supervision of the United Nations," a government statement said. - FAYEZ NURELDINE/AFP via Getty Images

Saudi Arabia announced a proposal to end Yemen’s civil war on Monday in a major step that appears to have been coordinated with the United States.

The Saudi foreign minister announced the initiative shortly after speaking with US Secretary of State Antony Blinken by phone about the situation in Yemen.

Farhan said he hopes the US government will pressure the Houthi rebels if they do not come to the table. “The ball is in their court,” he said, adding, “The Houthis must decide whether to put their interests first or Iran’s interests first.”

Why it matters: The proposal marks the most expansive offer from the Saudis to the Houthis to date and comes just three days after top Houthi leader Mohammed Ali al-Houthi offered a similar proposal.

Houthi renewed his side’s longstanding demand on Friday that Riyadh lift its ban on cargo traffic to Hodeidah and reopen access to Sanaa International Airport. In exchange, he offered a full cease-fire across Yemen.

Riyadh’s proposal to reopen Sanaa International Airport, closed since 2015, and to allow sharing of tax and customs revenues from the port of Hodeidah between the Houthis and the Hadi government both signal that the kingdom is willing to tolerate the rebels in a potential bid to ply them away from wartime reliance on Iran.

While Saudi officials have engaged with the Houthis directly before, there have never been direct talks between the Houthis and the Yemeni government of Hadi, who was unseated by the Zaydi Shia rebels in 2014.

What’s next: Farhan said the plan will be presented to Hadi’s government and to the Houthis later on Monday. Both sides will need to accept the proposal before it moves forward.

The Houthis earlier this month rejected a cease-fire proposal put forth by the Biden administration’s Yemen envoy, Timothy Lenderking, during his latest trip to the region.

The Iran-linked rebels have continued their ballistic missile and drone attacks into Saudi territory as they press an offensive against the gas-rich area of Marib, a final sanctuary of pro-government forces in the country.

A coalition of Arab states led by Saudi Arabia began bombing Yemen in 2015 in response to the Houthis’ ousting of the Hadi government. The coalition’s air campaign and blockade have significantly worsened Yemen’s humanitarian situation and has not stopped the Houthis from taking over a majority of the country.

The United Nations has called the conflict the world’s worst humanitarian crisis, with some 80% of the Yemeni population in need of humanitarian aid. President Joe Biden has prioritized ending Yemen’s civil war and halted US support for offensive coalition operations in January.

Know more: Follow Al-Monitor’s reporting for the latest developments between the Saudi-led coalition and the Iran-linked Houthis as the Biden administration looks toward potential talks with Tehran over its nuclear program.