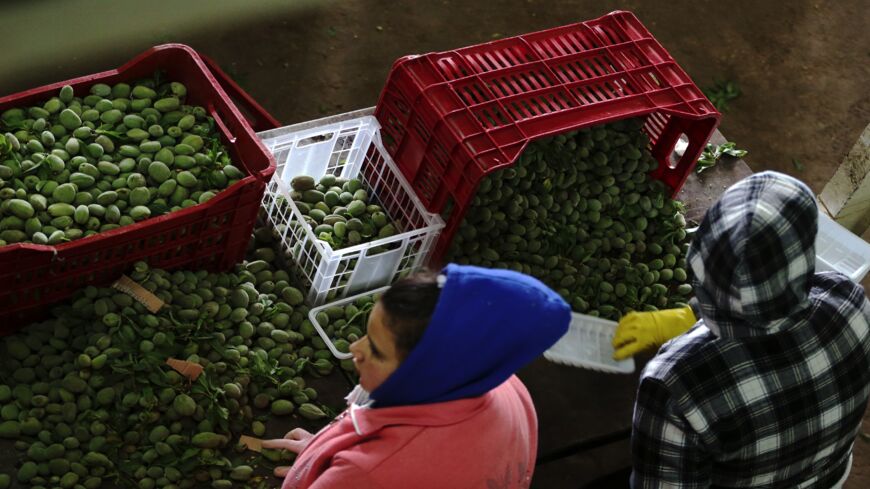 Lebanese workers pack fruits and vegetables into crates and boxes for export at a warehouse in the town of Bar Elias in the Bekaa Valley, on April 23, 2015. - JOSEPH EID/AFP via Getty Images

Lebanon’s Minister of Industry George Boujikian ordered today an export ban on "foodstuffs" that are manufactured in Lebanon. The decision is effective immediately, the official National News Agency reported. The outlet did not specify which foods will be subject to the measure.

Lebanese Economy Minister Amin Salam also said today that the country is seeking to import bread and cooking oil to stave off food shortages. To this end, Lebanon has received assurances from the United States, India and Argentina that they will be able to provide the needed food items, the minister said. He added that Lebanon presently has bread reserves to last two months, the Lebanese news outlet Ad-Diyar reported.

Lebanon receives more than 80% of its wheat from Ukraine, and the Russian invasion of Ukraine has prompted fears there could soon be bread shortages in Lebanon.

Lebanon is not alone in this regard. Egypt is also seeking alternative wheat sources due to the war. Many Middle Eastern states also rely on Ukraine and Russia for sunflower oil. The war has severely disrupted commodity exports in Ukraine.

The foodstuffs export ban will remain in place until further notice, according to the National News Agency.

A Lebanese official told The National today that Lebanon will have “real food security problems within a month or two.”

It is unclear what impact the export ban will have on Lebanon's food supply. Food is not one of Lebanon's main exports.