As wheat imports from Ukraine and Russia dwindle, Lebanese people are in danger of going hungry. 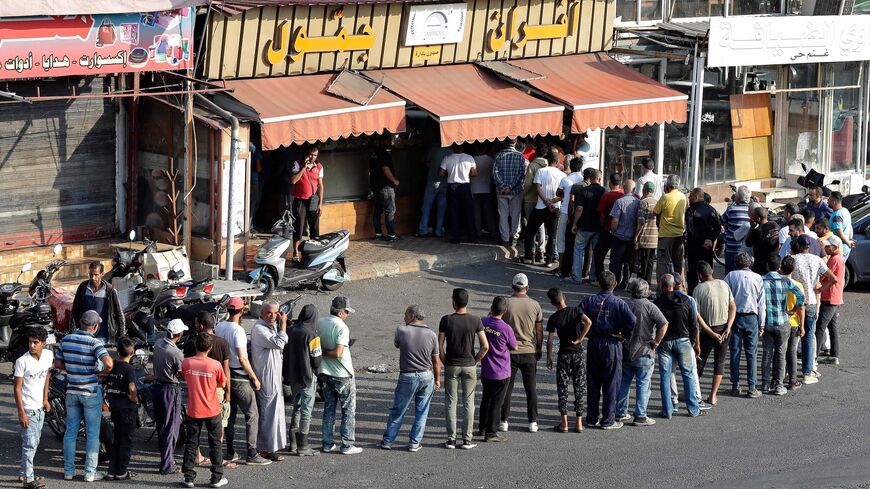 People line up in front of a bakery to buy bread in Lebanon's southern city of Sidon on June 22, 2022, as fuel and wheat shortage deepens. Lebanon has been battered by triple-digit inflation, soaring poverty rates and the collapse of its currency since a 2020 debt default. - MAHMOUD ZAYYAT/AFP via Getty Images 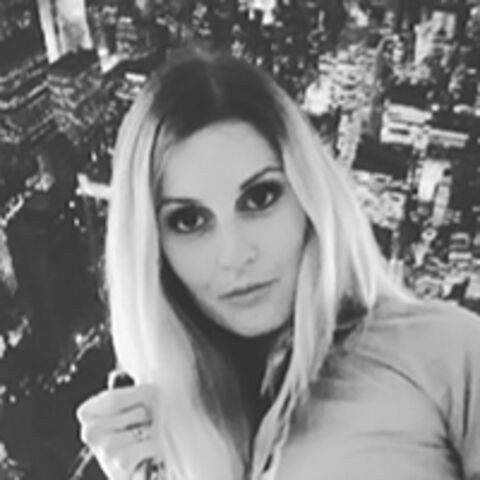 BEIRUT — On a hot July morning, Ali Samir Nabbouh stood for more than two hours outside a bakery in Beirut’s southern suburbs, desperately waiting for a bag of bread. The shop had not yet raised its shutters, and he jostled among a restless crowd all eager to be first served. “I had to feed Fatima and Sarah, my two daughters. I couldn’t miss my turn,” he said.

Nabbouh, a 45-year-old divorced father with a part-time job, was struggling for yet another day to bring some pita bread to the table. Not long ago, to do so was a given for all walks of life in Lebanon. But even the staples of life are out of reach for many now. Not only has the number of bread bundles decreased in weight, but their cost has also increased by 550%. Exorbitant prices are now beyond the means of many. Today, what was considered the food of the poor, accessible to all, has become a luxury good.

“Just a few months ago, Arabic bread cost 1,500 Lebanese pounds. Now, it reaches around 25,000,” Nabbouh said. “We are not looking to buy anything extra. We’re just trying to buy some food. And we have to beg for help to eat.”

With its currency in freefall, its economy shattered and its flatlining legislature incapable of offering reprieve, Lebanon was one of the most vulnerable countries in the world to a supply shock. And then came Ukraine.

Vladimir Putin’s invasion not only brought its neighbor to its knees, but it also decapitated Ukraine’s wheat export industry and, in doing so, sparked unprecedented prince hikes and scarcity of grain across its main export markets in the Middle East.

As of early February, just before the Russian invasion, more than 95% of Ukraine’s grain exports — wheat and maize — were shipped via the Black Sea, and half were sent to the Middle East and North Africa. But after Ukraine’s southern ports Odessa, Kherson and Mykolaiv became battlegrounds, the key corridor was closed, suffocating the maritime trade that Lebanon relied upon.

Beirut has traditionally sourced 66% of the grain it needs from Ukraine and another 12% from Russia. It typically maintained around six months of supply, and whenever stocks dwindled, it bought more from Russia and Ukraine. But then, during the 2020 Beirut port blast — the largest non-nuclear explosion in history that ripped the city apart and destroyed the country’s main grain silos— Lebanon lost about four-fifths of its storage capacity. Today, flour is heavily rationed, bread prices are tenfold higher and wheat reserves can barely cover up to a month.

In four months, Walid Atallah, general manager of Wooden Bakery, a leading Lebanese bread producer, was forced to close 12 out of 50 stores because production volume shrank by 40%. Although wheat is still subsidized, there is concern over its limited supplies in the country. “If flour continues to be in short supply, not all of our 38 branches left open could continue to operate,” said Atallah. “The reality is dramatic. After years of work and dedication, we may be forced to shut down.”

The Federation of Bakeries Syndicates has pointed the finger at the Ministry of Economy and, within it, at the General Directorate of Cereals and Sugar Beets. “They are not taking their responsibilities,” the federation said. “They should be the ones to secure the quantities of subsidized flour intended for Arabic bread. But they don’t. At this point, there’s no certainty.”

According to Amin Salam, the caretaker economy minister, there are a little more than 45,000 tons of subsidized wheat in the country. However, to Ali Ibrahim, vice president of the federation, the accounts do not add up. According to him, the shortage of flour is estimated at a total of 4,190 tons. In any case, both figures are not enough. Just for Arabic bread, a staple of the working poor and the middle classes, 36,000 tons per month are needed.

No one — from the country’s authorities to the sector’s managers — seems to have solutions.

The food security crisis has only added to the woes in Lebanon, which has been hit by one of the three toughest economic crises the world has witnessed since the 1950s — the costs of which have largely been borne by ordinary people. The country, once known as the Switzerland of the Middle East, had declared bankruptcy in March 2020. Public debt has reached over $90 billion, equivalent to around 170% of its gross domestic product (GDP); the Lebanese pound, officially pegged at 1,507 to the dollar since 1997, has lost around 90% of its value; inflation has reached 201%; the government’s foreign currency reserves are depleted; and nearly three-quarters of the population are estimated to live below the poverty line. For the first time in 27 years, Lebanon has been ranked as a "Lower Middle Income Country" by the World Bank.

“The purchasing power of the Lebanese is dwindling by the day,” AUB financial professor Mohamad Faour said. “And the war in Ukraine is making things worse: The prices of basic goods, which are 80% imported, are skyrocketing.”

Although the World Bank approved a $150 million loan for Lebanon’s food security in May, there have been concerns that the government might lift wheat subsidies as foreign currency reserves to fund imports drop to critical levels at the central bank.

“The program, known as the Lebanon Wheat Supply Emergency Response Project, is far from being a remedy. Short-term aid cannot combat crises’ root,” Faour said. “If the Lebanese government will not implement a long-term financial stabilization plan, commodity prices will continue to rise, inflation will skyrocket and the population will do nothing but continue to live in misery.”

Lebanese have new shopping habits: entering supermarkets with their eyes pointed directly at the bottom shelves — those reserved for the rabta, the bundle of Arabic bread. Often, the wait is worth nothing. Despite the rationing policy of one bread bag per customer, many leave empty-handed.