Egypt also banned wheat exports to protect its grain supply, which has been threatened by the Russian invasion of Ukraine. Egypt is one of the largest wheat importers in the world. 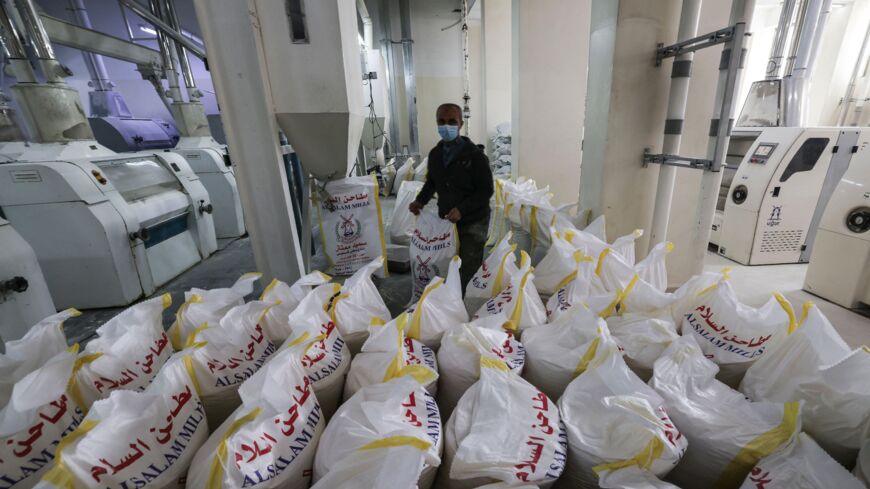 A Palestinian employee works inside a wheat mill, in Deir al-Balah in the central Gaza Strip, on March 12, 2022. Russia's invasion of Ukraine could mean less bread on the table of many countries in the Arab world where millions already struggle to survive. - MAHMUD HAMS/AFP via Getty Images

Egypt will soon receive wheat imports amid the ongoing Russian invasion of Ukraine.

Wheat shipments from Ukraine, Russia and Romania have been loaded and will arrive at Egyptian ports “within the coming days,” the Ministry of Supply and Internal Trade said yesterday.

The wheat loads weigh 189,000 tons, with each country providing 63,000 tons. Egypt also received an additional 126,000 tons from France and Romania last week, according to the statement.

Why it matters: With a population of more than 100 million, Egypt is one of the biggest wheat importers in the world. Ukraine and Russia are both major wheat exporters, and Russia’s invasion of Ukraine has created chaos in world commodity markets.

Egypt typically receives 80% of its wheat from Russia and Ukraine, and the war has prompted authorities to act. On March 12, the Egyptian government banned exports of green wheat as well as cooking oil and corn.

Egypt is also working to import wheat from alternative countries, including the United States, Kazakhstan, France and Romania, Hagar Hosny reported for Al-Monitor.

Last week, an Egyptian minister said the country will have eight months worth of wheat reserves following the local harvest in April.

The pending arrival of Ukrainian wheat to Egypt demonstrates that the war-torn country can still fulfill some exports. Ukraine also sent a wheat shipment to Lebanon last week.

Several Middle Eastern states rely on Ukraine and Russia. Lebanon, which gets 80% of its wheat from Ukraine, is also seeking alternative wheat sources amid the war. The Gaza Strip also imports flour from Russia and Ukraine.