A number of Egyptian MPs have submitted a bill obliging couples to undergo psychological examination before marriage due to increased incidents of family crimes that have rocked Egypt recently. 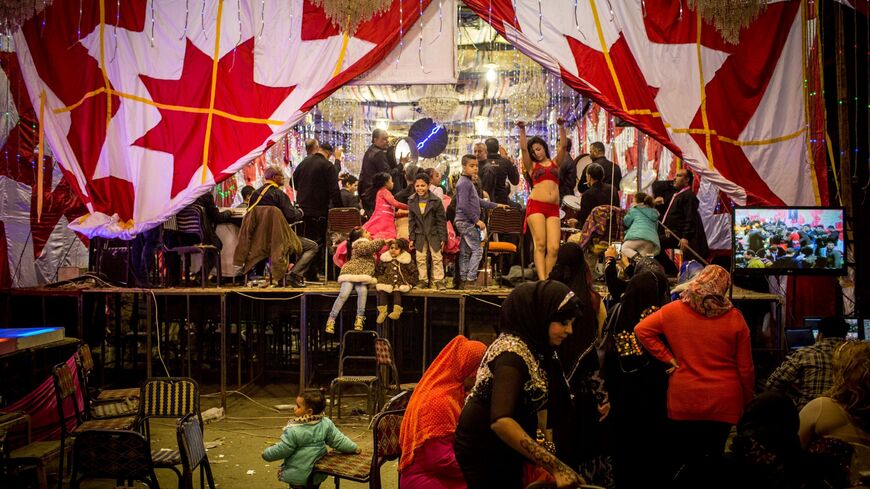 A belly dancer performs in front of the women's section of a traditional Egyptian Shaaby wedding (local wedding) on Dec. 16, 2016 in Cairo, Egypt. - Chris McGrath/Getty Images

A young man killed his pregnant wife by stabbing her six times with a knife. A man killed his three children, his wife and himself due to financial burden. A dentist killed his wife with 11 stab wounds in front of their young children. A groom hit his bride in the street a few hours before their wedding party.

These are some of many incidents that have prompted a number of MPs to submit a bill obliging couples to undergo psychological examination before marriage.

The bill would require those who are about to get married to first be examined and then to complete a course of treatment if necessary. According to the draft law, would-be couples must submit to a complete physical examination as well as a mental and psychological evaluation, to ensure that they are free of diseases and to protect their future life.

Sociologists said the draft law could help the situation, but they have some concerns.

Samia Khedr, professor of sociology at Ain Shams University, said that family crimes in Egypt have increased abnormally. “The psychological and medical examination will play a major role in limiting these crimes in the future,” she told Al-Monitor. “It protects future generations and reduces family disintegration.”

Khedr believes that most of these crimes are committed under the influence of drugs. “So the medical examinations will help discover these cases and help treat the drug abuser before getting married,” she said.

Despite the benefits of the bill, Khedr believes that it will not totally solve spousal violence. The state should produce TV shows that "develop authentic Egyptian values, customs and traditions instead of presenting works on bullying, violence and bloody scenes,” she said.

Khedr also urged the authorities to monitor social media and ads to save young people from content promoting sexuality and drugs. “The draft bill is not sufficient in solving these issues,” she said.

Minister of Social Solidarity Nivine El-Qabbag said in September 2021, that 42% of women have experienced domestic violence from their husbands. 11% of women got married before 18, and 84 % of those married women are living in rural areas. 45% of women aged 18-64 years were subjected to psychological violence from their husbands, while 89.5 percent of the same age group were subjected to circumcision, while 11% of women of the same age married against their will.

The Central Agency for Public Mobilization and Statistics (CAPMAS) announced, during its annual bulletin for 2020, that the total number of divorce cases reached 222,000. The highest divorce rate was in the age group from 30-35 years old.

Gamal Ferwiz, consultant psychiatrist at the Military Medical Academy, said that many genetic or psychological problems result in divorce or other disputes. “The draft law is very important in principle, but the most important is to be applied well in order to avoid any manipulation that might occur to ensure a healthy marriage,” he told Al-Monitor.

He added that if a groom has a mental illness, it is difficult for anyone to discover that except his own doctor. “Patients of schizophrenia or bipolar disorder for example appear normal after taking the treatment. Of course, before marriage the patients will not confess that they suffer any mental illness,” he said.

“I hope the law will be applied firmly to achieve its right goal and be monitored well to guarantee the credibility of the couple’s information about their health,” he added.