A comic book artist and a photographer/editor speak of the queer community in Lebanon, and how it has changed over time. 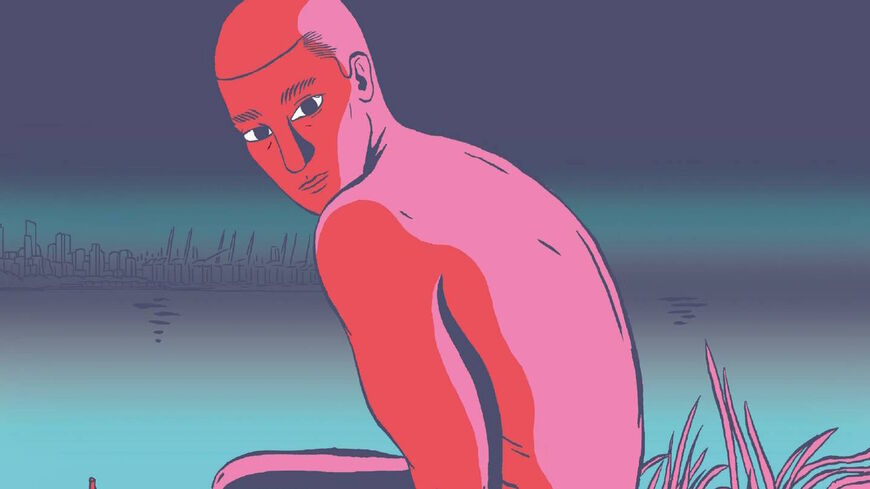 An image from the comic book “L’Intranquille" by Joseph Kai. - Joseph Kai

Beirut artists are at the forefront of the gender and sexual identity conversation in the Middle East, telling different stories of queer cultures that at times are tolerated but often repressed.

“Beirut is a microcosm for the complexities of homosexual relationships in contemporary Lebanon,” Sofian Merabet told Al-Monitor. Merabet’s book “Queer Beirut” examines the notion of "queer space" and the role that colonial history and religion have played in the story of Lebanese queer people.

The book, the product of 19 years of research, describes new queer spaces, including the remaking of Downtown Beirut and the seaside promenade called the corniche, as well as clubs, cafés and new forms of city nightlife, considered “safe spaces” for non-conforming people.

But this lively Beirut scene, unique in the Arab world and already threatened by the city’s rapid privatization and commercialization, was further damaged by the 2020 port explosion.

“The explosion in Beirut’s port definitely affected the queer life in the city, as many of the clubs and gathering places were around the area,” said Lebanese graphic novelist Joseph Kai, part of the artists' collective Samandal.

The 2020 explosion happened right after he finished writing the first draft of his new comic book “L’Intranquille.” Set in a half-real, half-imagined Beirut 30 years after the civil war, his graphic novel features a queer man coming to terms with his anxieties and sexual identity and — quite prophetically — waiting for catastrophe to happen. 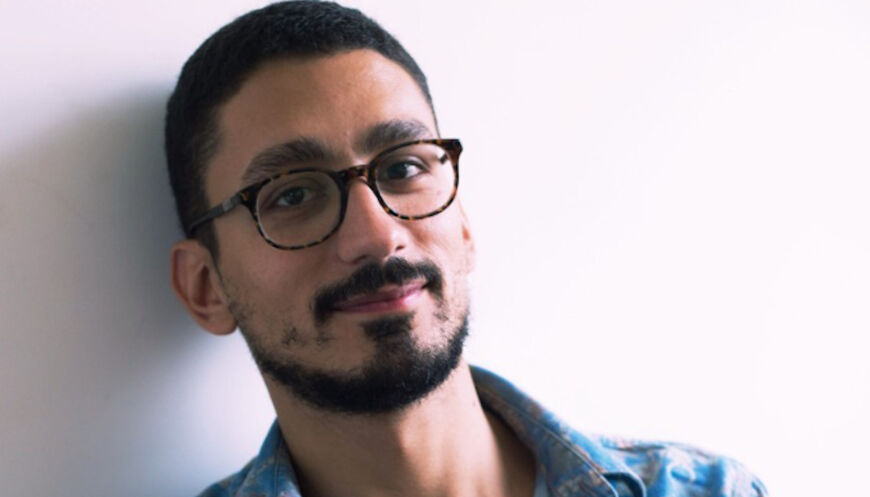 The explosion, Kai told Al-Monitor, “changed everything I was writing about. … Everything was happening in front of our eyes but we couldn’t think of such a horrible scenario happening to us.” Kai didn’t want to tell the story of the explosion, as he thinks it’s still too early for everyone: “We are still mourning, but I wanted to tell how this is affecting our story, our spirit, and our queer bodies too.”

“I definitely consider myself being part of the artistic, underground and queer community in Beirut,” says Kai, who in his work shows how sexual orientation is connected to the general uncertainty of living in an unstable country: “I believe that any creative person, any person living in a non-conforming way, or with a non-conforming gender or identity, can be seen as abnormal. I’m pretty sure that all creative people feel this judgment at some point in their life.”

Even if people are lucky enough to have support in their family, Kai points out, they might experience alienation in other social environments. He personally couldn’t even start to talk about the political climate in Lebanon, without talking about this feeling of being abnormal.

Kai tried to translate this sense of anxiety in his graphic novel through the body of the protagonist: “I tried to show it in the story, in the way my character moves, how he sleeps, how he holds a pen, how he expresses his feelings.” This is particularly evident in the dancing scene when the trans character decides to show his body on stage naked, performing a symbolic transformation. The author also depicted policemen stopping the show, touching the body of the trans character quite aggressively.

Kai witnessed similar scenes in Beirut. “I became aware of the queer circles as I moved to the capital,” he said. “I didn’t have to make an extra effort to learn about these circles, I always knew where to find queer people and queer spaces in Beirut.”

And, he said, the queer scene and the art scene sometimes overlap: “I was literally everywhere, I attended every performance, every exhibition, every talk, every discussion. I was spending a lot of time with other artists who wanted to tell our stories and think about a better place to live.” 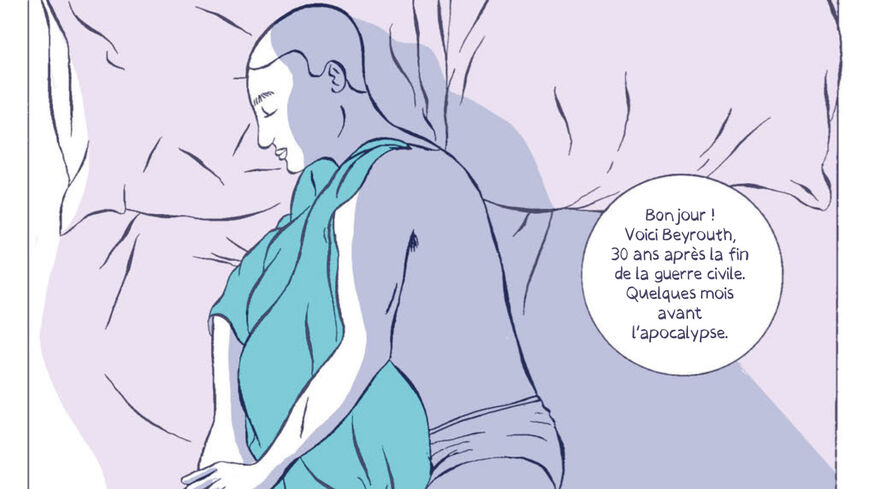 An image from “L’Intranquille" by Joseph Kai.

Starting around 2008, many spaces, groups, and NGOs were created to support this community, in conjunction with the widespread use of social media that has caused a rapid change in the Middle East.

“While I don't live in Beirut anymore, I witnessed the presence of the queer community in the streets during the revolution. No one can possibly forget how at that time people were shouting that the word gay or homosexual is not insulting,” Kai said. “Many people were saying that it was not the moment to talk about queer rights or women’s rights. But of course, we believed these struggles were just as urgent!"

But after the explosion in the port, many of these spaces and safe groups disappeared, making  queer groups even more vulnerable. “It is urgent to find new support for our community in Beirut,” Kai said.

Visual artist and photographer Mohamad Abdouni, who is also the founder and director of the photo journal Cold Cuts, brings visibility to queers not only in Lebanon but also in the wider Arab world, helping highlight stories of a more tolerant past. Cold Cuts, he said, currently focuses on queer culture and communities within the SWANA (South West Asian and North African) region.

“The aim is not to categorize everything under one label or ‘scene,’” Abdouni cautioned. “We talk about different people, their stories, and what it is they do, what it is they’ve lived. It's always person-centric or group-centric.”

One problem, he said, is that “Western media tends to place all these wonderful communities under one label, that of ‘An Arab Queer Community.’ This is untruthful, because even in Lebanon, things are drastically different from one neighborhood to another."

Photography became “a solution for a problem I always had, which is the fear of losing things, people, memories, so I started to record my own life and the ones of the people around me, and it soon incorporated more stories that I wanted to share with the world.”

His path in the arts evolved organically, and his commercial and artistic work serve different purposes: “Even the commercial work that I'm doing can help to foster social change, and fuels my other projects financially, while the other fuels the commercial work creatively. They all exist together."

For his creation process, “I find someone who I find fascinating, and I just surround myself with that one person for a set amount of time, trying to explore everything that I can with them. Or sometimes I just hear a story about a certain group of people or a piece of information about the past that I don't really know and that triggers my curiosity. Often I can't find enough documentation about it, so I start looking for it myself.”

Cold Cuts followed a similar approach to Abdouni's personal work. While his original idea was to gather a group of talented people around the world that he wanted to work with, he found their tastes were very queer and Arab-centric. "So Cold Cuts organically became a platform to explore queer cultures in the Arab-speaking world, record our histories and share them under this umbrella, in one place."

Abdouni points out that, in parallel with the work of academics, researchers, anthropologists, and other artists, it's crucial to record what hasn't been recorded. "With our latest book focusing on trans women in Beirut, we have begun putting together what is arguably the first archive of this kind in an Arab-speaking country,” he said. “It's in no way thorough documentation, but it's a first step for others to build on."