A major LGBTQ community event has shown diversity and inclusion are still alive in spite of Tunisia’s authoritarian drift and regression of freedoms. 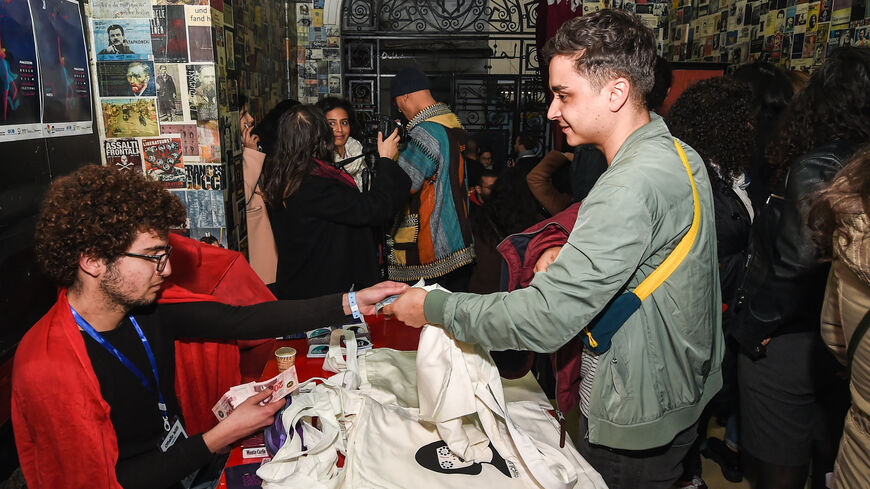 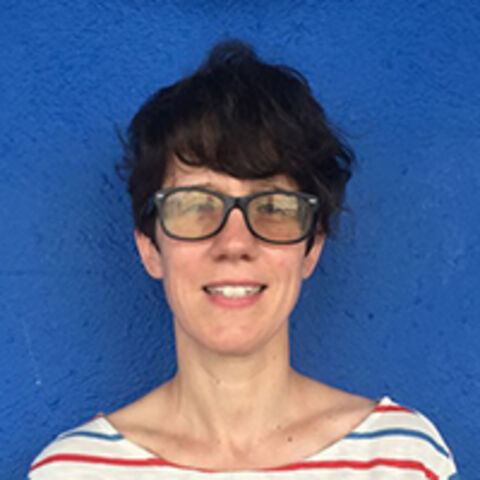 The Mawjoudin Queer Film Festival (MQFF) returned to the Tunisian capital for its third edition after being postponed several times due to the coronavirus pandemic. It was a long-awaited occasion for LGBTQI community members to finally meet up again in person.

“First and foremost, it’s a space of visibility, representation and awareness for the LGBTQ community. And it’s a place of cultural and human exchange,” Karam Aouini, one of the MQFF organizers, told Al-Monitor. “We are really happy to be back.”

The opening ceremony was held in a cinema in downtown Tunis Sept. 22, in a friendly and relaxed atmosphere. Some 340 mostly young Tunisians arrived at the venue, exchanging greetings and chatting, eager to see the festival kick off.

A mix of short video compilations and colorful images, as well as exhilarating dance performances, were shown, with the audience clapping, cheering and rejoicing at the launch, which ended with the screening of a film.

The four-day festival promoting queer culture in Tunisia and the Middle East and North Africa region was organized by the Tunisian association Mawjoudin (We Exist) that defends LGBTQI rights.

Thirty-two films and documentaries, mainly from countries of the global south, were screened on Sept. 22-25. The event also featured art performances, workshops and panel discussions.

Among the group discussions, one revolved around movement building and solidarity in the queer community, which was moderated by Ayouba Faktayri, a Moroccan nonbinary trans activist from the LGBT and feminist association Nassawiyat.

“Solidarity within the queer community has been a very important resistance mechanism in getting through the pandemic while staying connected, and trying to create a support system for our members,” Faktayri told Al-Monitor.

Faktayri, who is also the regional coordinator of Transat, the first transgender advocacy group in the Middle East and North Africa, talked about how the global health crisis brought Moroccan LGBTQI activists and international nongovernmental organizations together to call out homophobia and provide moral and financial support for vulnerable queer Moroccans.

She pointed out that the lockdown marked a “key moment” in unifying the queer movement in Morocco as an online hateful campaign was launched during that period outing dozens of individuals for their sexual orientation, which led many to conceal their identity for fear of being harassed and abused.

Faktayri added, “We are together again to talk, share ideas and strategize in our battle for LGBT rights. These kinds of initiatives are a form of resistance to say, ‘We are here’ and ‘We are meant to stay.’”

Aouini highlighted the importance of “intra-community solidarity” on issues of sexual health, mental and social well-being, and family acceptance.

Talking about this year’s edition, the festival organizer said there was a larger selection of films, and a variety of activities were planned including for the first time a vogue dance workshop. He also stressed the festival’s focus on presenting cinematographic artwork from the region. “The idea is that local and regional queer artistic production should also find a place in the cultural landscape,” he noted, referring to the fact that queer filmmaking in the Southern Hemisphere receives less attention than in the global north.

The program centered around the question of non-heteronormative gender expression and sexuality. Several countries were represented, including films from Argentina, Brazil, Georgia, Pakistan, Tunisia and Sudan.

The MQFF carries a crucial symbolic weight in Tunisia, where homosexuality remains criminalized and is punishable with up to three years in prison based on Article 230 of the penal code. This edition was arguably a show of defiance toward President Kais Saied who has repeatedly publicly stated to be in favor of the criminalization of homosexuality.

“Daring to organize and host an event dedicated to the question of gender identity and the reality of queer people is after all a militant act,” Aouini said.

The MQFF took place on the backdrop of a reversal of Tunisia’s hard-won democratic gains following a year of drastic moves by Saied that expanded presidential powers since his power grab on July 25, 2021, effectively taking the country — once the Arab democratic exception — back to one-man rule.

The new constitution, approved by referendum in July, weakens safeguards to guarantee rights and freedoms. It also introduced a provision that states that Tunisia is part of the Islamic umma (community), and could be used to justify curbs on rights, including gender discrimination, based on religious precepts.

Mindful of the current context of authoritarian restoration, it was the priority of the MQFF staff to take extra care to keep the spaces safe for the festival-goers.

Hanging out outside the cinema venue, Mouna Jerbi appeared enthusiastic about attending the MQFF for the first time. In her view, sexual minorities should be part of the conversation just like other minorities in society.

She qualified the event as something “revolutionary,” and appreciated the presence of heterosexuals in the audience, saying it was a chance for people — regardless of their sexual orientation or their gender identity — to watch queer films, to make them think and talk about the issues tackled by filmmakers.

“The fact that we succeed in having a queer festival in an Arab Muslim country is an achievement,” Jerbi told Al-Monitor. “Coming to this event and meeting people like me is in itself something. We are not here to seek attention; we are here to just see our rights respected.”

Police attacks have been ongoing and even become more explicit in targeting LGBT Tunisians in a climate of criminalization empowering officers to enact any form of violence with impunity. Increased repression directed at gay rights activists was observed during a protest against the referendum on Saied’s constitution a few days ahead of the plebiscite.

Queer men and women continue to face widespread discrimination in society, whether in public spaces, political speeches, social networks or the media.

Yet despite the current autocratic climate and the ever-present LGBT-unfriendly attitudes in society, the MQFF is striving to keep the Tunisian queer scene alive.