Palestinian Authority President Mahmoud Abbas has taken to revoking the diplomatic passports of his political opponents and granting them to his supporters. 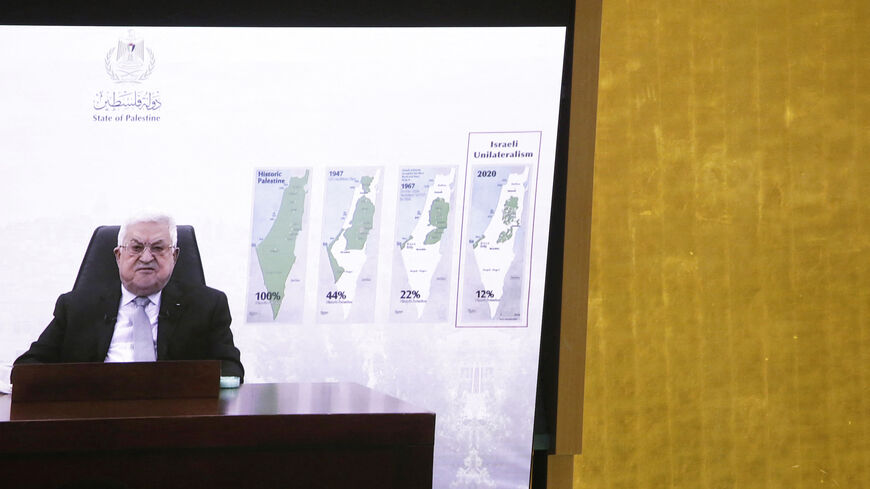 RAMALLAH, West Bank — In a new step against his political rivals, Palestinian President Mahmoud Abbas has revoked the diplomatic passports of several former officials. They include Nasser al-Qudwa, a former Palestinian Authority Minister of Foreign Affairs who also served as Palestine’s ambassador to the United Nations for 20 years; Yasser Abed Rabbo, a fomer aid to Abbas and secretary of the Executive Committee of the Palestine Liberation Organization; Bassam Abu Sharif, a former political adviser to late President Yasser Arafat and members of the dissolved Palestinian Legislative Council (PLC).

Abbas’ moves come under a legal amendment he issued Feb. 3, altering the conditions for granting and withdrawing diplomatic passports. The legislation gives Abbas the authority to grant diplomatic passports to anyone he wishes, by expanding the category of eligible beneficiaries. He has been using it to reward his loyalists and punish his critics.

A clause of the amendment provides that those who “support or advocate for an external or internal party against the State of Palestine and its constitutional institutions, or threaten its national interests, constitutional stability, order and civil peace,” shall be stripped of their diplomatic passport.

Qudwa told Al-Monitor, “What is happening is political maliciousness and punishment. It's a sign of the new lows in Palestinian politics, reaching the point of destruction of institutions,” he said. “What happened is not a political act but a violation of the law and an assault on human rights. This measure enshrines the hegemony of the PA and undermines the rule of law, the state and its institutions.”

Qudwa said that the measure is “a mere punishment of the political opponents of President Abbas and anyone who dares to show criticism,” explaining, “Punishments take several forms, such as the withdrawal of diplomatic passports, the suspension of salaries, dismissal from one’s post and and other more violent forms. It can even include murder, as happened with opposition activist Nizar Banat. This policy does not respect human dignity, institutions or Palestinian officials, and does not observe the law.”

Qudwa, Arafat's nephew, was part of the decision-making circles as a member of Fatah’s Central Committee before he was dismissed in March of last year. He was sacked from Fatah and removed from his post as president of the Yasser Arafat Foundation. He has now become one of the main political opponents of Abbas.

In the lead-up to the postponed general elections last year, Qudwa established the Palestinian National Democratic Forum and formed a joint electoral list with Fatah Central Committee member Marwan Barghouti, who is serving five life sentences in an Israeli prison.

“There is a group of officials protecting their positions by intimidating and terrorizing” their opponents, Qudwa said. “The last presidential elections took place 17 years ago, which puts into question the legitimacy of the current presidency." Palestinian law gives the president the authority to issue decrees when there is an urgent need. But in this case, "they were issued to serve the goals of the president and his entourage.”

Qudwa said Abbas is issuing laws to legitimize his decisions and consolidate his rule, noting that the malicious measures are just a small sample of the many violations by the political regime. “The [PA] has destroyed important institutions such as the Palestinian National Council, caused a legislative vacuum by dissolving the PLC and weakened the judicial authority and subordinated it to the executive authority concentrated in the hands of the president and the security apparatus,” he noted.

Qudwa said he went to renew his diplomatic passport two months ago, but the employees informed him that approval had not been granted by the president. However, he said, “The renewal was declined before the president even issued the law. The decision was already made months ago.”

Abed Rabbo and his wife, artist Liana Badr, who obtained diplomatic passports from Arafat, have both had them revoked. They declined to comment to Al-Monitor.

Abu Sharif was surprised two months ago when the Ministry of Foreign Affairs refused to renew his diplomatic passport. He was told at the ministry that the renewal procedure needed a signature from Abbas. “It is shameful and insulting,” he told Al-Monitor.

Abu Sharif criticized the PA as “chaotic” and “based on personal moods and whims." He said, "Punitive measures are taken against those who are considered political opponents of Abbas. If commitment to the national cause is seen as opposition, then I am totally with the opposition and will remain so despite the injustice against me.”

He concluded, “The people's money is being looted, the national cause is losing momentum and high-level corruption and lack of accountability are spreading like wildfire.”

Al-Monitor contacted the Foreign Ministry, but officials declined to comment, saying the Palestinian presidency is the only party entitled to comment on the issue.