The opportunity to field-test its next-generation weapons systems in recent years has emboldened the Kremlin to raise the stakes in Ukraine, and so has experience in brinkmanship with Turkey over Syria. 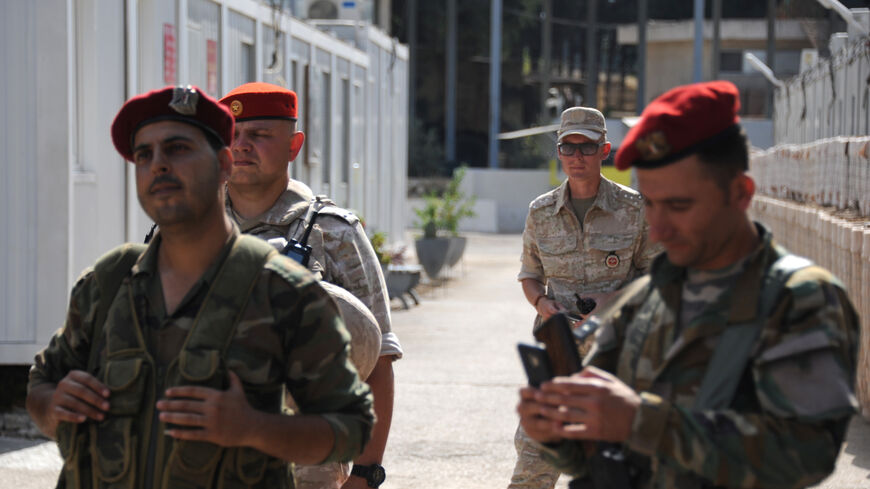 Syrian (front) and Russian soldiers stand at the Russian naval base in the Syrian Mediterranean port of Tartus on Sept. 26, 2019. - MAXIME POPOV/AFP via Getty Images

Six Russian landing ships from the Baltic and Northern Fleets, which had previously arrived at the Russian naval base of Tartus in Syria, were transferred to the Black Sea on Feb. 8 to participate in military maneuvers by the Russian army and navy.

The passage through Tartus once again demonstrated the importance of this facility for Moscow’s Mediterranean fleet. Tartus not only serves as Russia's foothold in the Middle East, but also as an element of military infrastructure for Moscow's global confrontation with Washington and Brussels. The same applies to the Khmeimim Russian air base in Syria, whose capabilities have been expanded recently.

The Russian military campaign in Syria, which began in 2015, in many respects prepared Moscow on a military-technical level for the current confrontation between Russia and the United States and NATO, as well as the Russian-Ukrainian escalation.

Russian President Vladimir Putin inherited an incompetent Russian army with an archaic structure and outdated weapons, which was struggling to suppress the guerrilla actions of separatist militants in the Chechen Republic. The Russian-Georgian conflict of 2008 revealed major problems in the Russian army, associated with the obsolescence of not only military equipment, but also auxiliary means (for example, communications). It called into question whether Russian armed forces could defeat an enemy equipped with modern weapons — such as the armies of NATO countries.

The Syrian campaign has become an important preparation for Russian armed forces to confront stronger adversaries than the small Georgian army or the Chechen separatist guerrillas. It was not certain whether the re-arming of the Russian army that began after 2010 could meet modern requirements, and the Syrian campaign became a test site for experimenting with these weapons in combat conditions.

While Russia started the Syrian campaign relying on the old but proven Su-24 front-line bombers, it later shifted its main striking force in Syria to rely on new Su-34s. The latter showed high combat effectiveness in the event of a hypothetical conflict in Europe.

In addition, Russia's activity in Syria afforded the opportunity to test Russian Caliber cruise missiles, with a range of 1,500-2,000 km and which are launched both from warships and aircraft. If necessary, these missiles can even be equipped with a nuclear warhead. When Moscow first began using these missiles in Syria, problems arose, but these shortcomings were eventually  eliminated, and now the Caliber is recognized as a very effective combat weapon. It can be used from small-tonnage vessels, for example, river-sea missile ships of the Buyan-M type. This makes it possible to bypass the agreement limiting the deployment of medium-range missiles in Europe.

It’s open for debate if there is a direct connection between the Syrian campaign and the current escalation between Russia and NATO. However, Russia’s military operation in Syria has clearly given Moscow the confidence for challenging the West.

“The Syria campaign certainly played a part in the Russia-West confrontation," Samuel Ramani, an associate fellow at the Royal United Service Institute (RUSI), told Al-Monitor. "Russia proved that it could intervene militarily in a decisive fashion with an incoherent Western response. … Moreover, Russia's use of new military technologies set a useful precedent for interventions elsewhere, including in the post-Soviet space.”

Leonid Isaev, an assistant professor at the Moscow-based Higher School of Economics, told Al-Monitor the Syrian campaign helped to shape the image of Russia both inside and outside the country as a great power with corresponding military power.

“This was the last brick in the foundation of Russia’s ‘great power,’ after which even critics of the Russian regime had no doubt that Moscow really is a great military power capable of playing on an equal footing with the United States and NATO,” Isaev said.

In addition to the military-technical dimension of the Russian campaign in Syria, Moscow’s experience with NATO member countries such as Turkey is also playing a role in the confrontation.

In particular, the game of continuously raising the stakes has become part of the relationship between Moscow and Ankara over Syria. A similar strategy was tested in 2015, when a Turkish F-16 fighter shot down a Russian Su-24 front-line bomber, which led to the collapse of Russian-Turkish relations and put both countries in danger of a military clash in Syria. In early 2020, Turkey and Russia again approached an open military conflict in Idlib after Syrian — and, presumably, Russian — warplanes carried out strikes on the Turkish military.

However, at that time the parties were still able to compromise, despite the fact that they initially put forward demands that were unacceptable to each other. This experience may have given the Russian leadership confidence that the Kremlin will be able to get out of any escalation, finding a mutually acceptable solution with the West.

As Fyodor Lukyanov, editor-in-chief of Russia in Global Affairs, told The New Yorker, “It looks like a classic diplomatic game of escalation, in which both sides, Russia included, demonstrate their adamance with rather dramatic gestures.”

In turn, Leonid Isaev told Al-Monitor: “Undoubtedly, the Syrian operation gave Moscow confidence in actions in other areas as well. Both in terms of behavior in Ukraine and in terms of behavior towards NATO. Thanks to Russian policy in the Middle East, the Kremlin has learned to play for higher rates, learned to bluff and learned to articulate its position and issue ultimatums.”