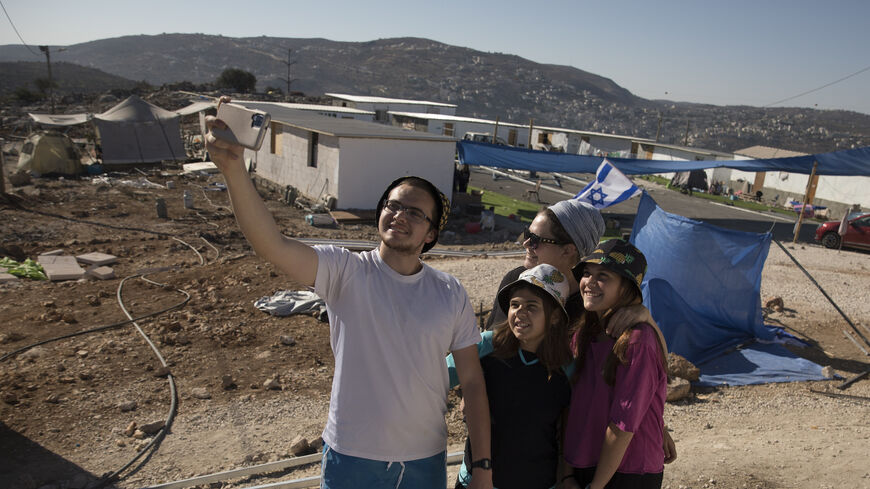 The center-left members of the ruling coalition in Israel found themselves facing a conundrum recently, which continues to threaten the very stability of the government. At stake is the legalization of the illegal Evyatar West Bank outpost, located just south of Nablus on lands allegedly belonging to three Palestinian villages.

The outpost was first established in 2013, but demolished by Israeli authorities. It was reestablished illegally about a year ago, in May 2021, when Hamas fired more than 4,000 rockets at Israel, and as a reaction to a deadly terror attack nearby. It was partially evacuated a few weeks later after negotiations with the settlers, with the understanding that the land’s legal status would be reassessed before a final decision is made.

Since then, a new government has come to power and inherited the legacy of Netanyahu’s right-wing policies. Center-left parties like Meretz, Labor and Yesh Atid all joined the coalition with the understanding that the evacuation order would remain in place, while right-wing parties fought to legalize the site.

It became clear last week that the right had the advantage. In his final days in office, outgoing Attorney General Avichai Mandelblit signed a legal brief that effectively legalized the settlement. Based on this document, the process to approve construction of a permanent settlement on the site could begin. The final decision now lies with Defense Minister Benny Gantz, who is responsible for determining the status of land, including state lands, upon which the settlers can build. Should he decide to approve the decision, the public will then have 45 days to appeal. If these appeals are rejected, Gantz and Prime Minister Naftali Bennett will have the final say on the matter.

There is still a long way to go before the outpost is rebuilt. It certainly won’t happen overnight. Nevertheless, this recent development is embarrassing Meretz and infuriating the left overall, even as the right-wing parties in the coalition are waving it about as a major achievement.

On Feb. 4, Meretz sent an angry letter to Bennett and Lapid, demanding that they stop the process of authorizing the illegal outpost, claiming that to do so would be a flagrant violation of the coalition agreement with them.

For years, Meretz has been the party most identified with the battle against the occupation. As such, their response surprised no one. In fact, it was to be expected. What was surprising was the intense opposition to efforts at legalization of the settlement from Lapid, head of the Yesh Atid party, who is scheduled to replace Bennett as prime minister in a year as part of the rotation agreement.

It was revealed last week that Lapid sent a scathing letter to the prime minister, a man long considered his friend and ally, warning against the establishment of a settlement at the site. He wrote that it would be damaging to Israel’s relationship with the current administration in Washington and provoke a sharp response from the international community. In his letter, Lapid revealed that US officials have already warned him of the implications of the decision, and even insinuated — like Meretz — that moving forward with the process threatens the stability of the coalition.

Lapid wrote, “Any step toward implementing the plan … could have serious diplomatic consequences and damage to foreign relations, first and foremost from the United States. This has already been made clear by the US administration at senior levels. This would [also] cause real damage in the growing legal-diplomatic campaign [against Israel] before international forums, taking advantage of it to promote the delegitimization of Israel.”

It also became clear from his letter that Lapid did not participate in discussions on the matter, held within the last few weeks between Defense Minister Gantz and Minister of the Interior Ayelet Shaked. From his letter, it can be deduced that neither of them consulted with him about the political ramifications of moving forward with the plans for the site, in accordance with the agreement.

Beyond the ideological dispute and political harm caused by the potential legalization of the outpost, Lapid’s letter also reveals some of the power struggles within the government. Lapid is essentially claiming that the compromise was moved forward behind his back, without consulting with him, despite the fragile coalition agreement and without taking any political and diplomatic implications into consideration. While he doesn’t say so explicitly, this is grounds for him to veto the process. In other words, Evyatar cannot be established without his support.

A scathing letter like this with very clear statements from the man expected to replace Bennett as prime minister in a year and a half is no small matter. It is, in fact, politically explosive.

Lapid could have discussed the matter privately with Bennett or Shaked, but he chose instead to document his warnings and position publicly. The reason for this is that ever since the last election, he has come to regard himself as the leader of Israel’s center-left bloc. This has serious political implications in the future. Although there is no election on the horizon, Lapid is aligning himself with Meretz, which leads the struggle within the government. Its leaders have been declaring repeatedly over the last few days that Evyatar will not be rebuilt.

Knesset member Mossi Raz of Meretz said as much in an interview, pointing out that even Netanyahu wouldn’t dare reestablish Evyatar. As he put it, “We are talking about criminals, who established a criminal outpost, which needs to be evacuated, especially now, given the instances of harsh violence committed by residents of the illegal outposts. Otherwise, it would be rewarding violence and terror. Violence and terror must not be legalized.”

Last weekend, Raz visited the site with fellow party member Gaby Lasky and representatives of various left-wing organizations, with a demand that Evyatar not be reestablished.

To date, Bennett has not yet responded. Will he choose to side with the settlers, or will he take a step back in favor of his relationship with Lapid and the stability of his government? Meretz has already made it clear that they will not concede on this issue. Legalizing the settlement is beyond the pale, as far as they are concerned, and they are already in over their heads with the proposed new “Citizenship Law,” which they consider to be racist. That law is expected to pass anyway without their support, but with the support of certain members of the opposition.

Meretz might be able to accept that. On the other hand, playing an active role in legalizing a settlement comes in direct conflict with their belief that the occupation must end. To do so would be a step too far.

Based on Bennett’s reactions to date, the more Meretz takes a tougher stand, especially with the pressure applied by Lapid, it is unlikely that he will approve the reestablishment of Evyatar. The option of having the government fall apart because of Evyatar simply doesn’t seem reasonable.