Iran says conditions present for 'win-win' agreement with US

Though direct talks with the United States remain a non-starter, Tehran's top nuclear negotiator has shared some hope with Iranian lawmakers. 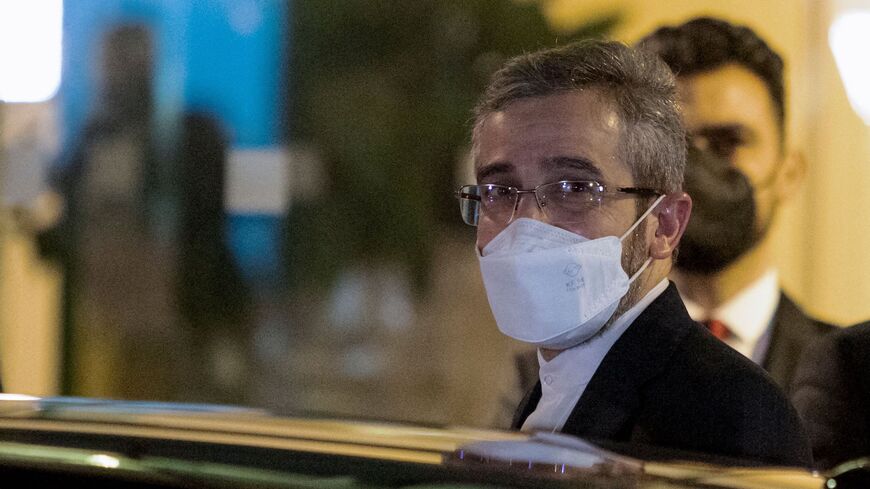 Iran’s top nuclear negotiator Ali Bagheri Kani spoke Feb. 1 at a session of the parliament's powerful National Security and Foreign Policy Commission at which he answered questions about the status of the nuclear negotiations in Vienna.

According to Mahmoud Abbaszadeh Meshkini, spokesperson for the commission, Bagheri said, “So far there have been no direct negotiations with the United States.” Washington exited the 2015 nuclear deal, known formally as the Joint Comprehensive Plan of Action (JCPOA), in 2018 and reapplied sanctions. Iran responded by expanding its nuclear program beyond the terms of the JCPOA. The deal's European signatories have been acting as mediators between Iran and the United States in Vienna. Speaking with the United States is a sensitive topic in Iran.

Meshkini added that based on Bagheri’s statements at the session, the need for direct talks between Iran and the United States "is not clear.” The JCPOA was originally signed by Iran and the five permanent members of the UN Security Council plus Germany, known as the P5+1. They are now taking place with the same group minus the United States.

Meshkini went on, “Despite the positive and forward trend of the negotiations, important issues still remain and those need to be negotiated.” The biggest issue for Iran is a guarantee that the United States won’t abandon the deal all over again. US sanctions, determined by US Treasury designations, are essentially at the discretion of the president and therefore at the mercy of US elections.

Another issue for Iran is sanctions removal. Meshkini said, "It is Iran’s right to have all the sanctions removed," but noted the United States has agreed to only partial removal. Despite the remaining issues, Meshkini added, “the conditions for a win-win agreement are present as long as the Western [countries] show good intentions and seriousness.” The term “win-win” is an interesting choice, echoing former Iranian Foreign Minister Mohammad Javad Zarif, who helped negotiate the JCPOA in 2015.

While Iran continues to negotiate for sanctions relief, it is experiencing another wave of COVID-19 cases. Health Minister Bahram Ainollahi warned hospitals across the country to prepare. So far, over 130,000 Iranians have officially died from the virus, while government officials have conceded that the actual numbers are likely much higher.