Turkish and Armenian envoys to meet in Moscow next week

The two representatives will meet to discuss normalizing relations between the neighboring countries for the first time in decades. 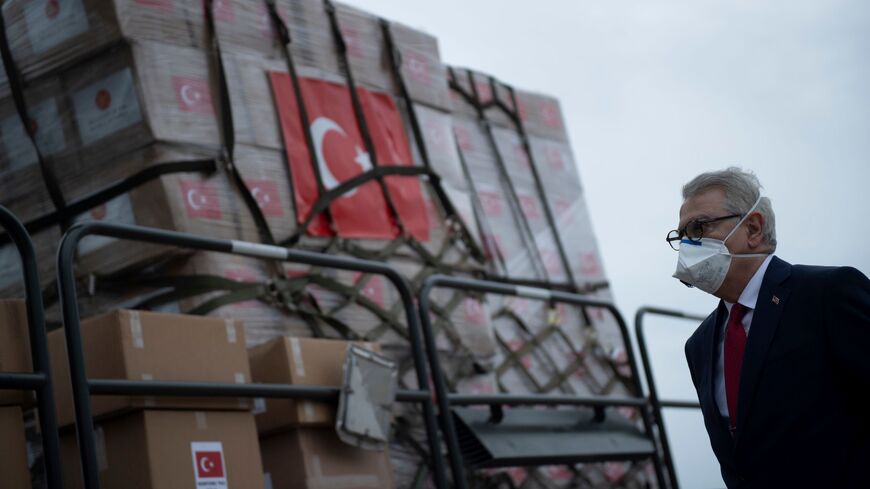 Serdar Kilic, then Turkey's ambassador to the US, watches as a Turkish military cargo plane with medical supplies and protective equipment to combat COVID-19 in the US is unloaded at Andrews Air Force Base April 28, 2020, in Maryland. Kilic is now Turkey's envoy to Armenia. - BRENDAN SMIALOWSKI/AFP via Getty Images

Special envoys from Turkey and Armenia will meet for the first time on January 14 in Moscow, their respective foreign ministries announced on Wednesday.

Ankara and Yerevan lack diplomatic relations. But in December, the neighboring countries agreed to name special envoys to lay the groundwork for normalization.

Turkey shut its borders to Armenia in 1993 in solidarity with its ally Azerbaijan, which was locked in a bitter war with Armenia over the Nagorno-Karabakh region. In 2020, Ankara backed Baku in its latest conflict with Yerevan over the disputed enclave, which after six weeks ended in a Russian-brokered truce.

Turkey and Armenia’s relationship is also strained over the mass killing of up to 1.5 million Armenians at the hands of Ottoman forces beginning in 1915. Ankara has long denied that a genocide took place.

The planned meeting comes as Turkey seeks to mend ties with a number of other countries in the region, including Israel, Egypt and several Gulf states. This week, Turkish President Recep Tayyip Erdogan announced plans to visit Saudi Arabia in February.

In a sign that the relations between Armenia and Turkey are improving, Armenia’s economy ministry announced in late December that it was lifting an embargo on Turkish imports that was imposed during last year's 44-day war.

Turkish Foreign Minister Mevlut Cavusoglu said last month that both Turkish and Armenian airlines have applied to provide flights between Istanbul and Yerevan.