Following talks in Moscow on Friday, representatives for the two countries agreed to meet again without preconditions. 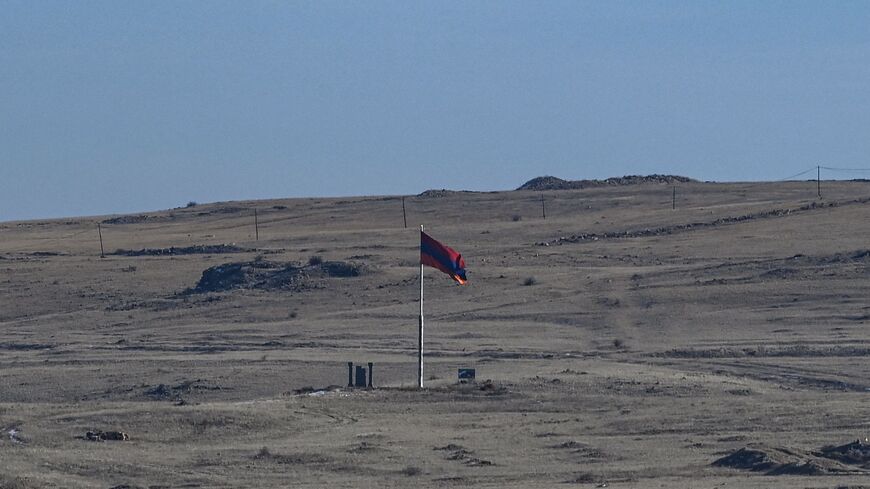 A photo taken on Jan. 7, 2022, from the ancient city of Ani in Kars, shows an Armenian national flag in the Armenian side near the Turkish-Armenian border. - OZAN KOSE/AFP via Getty Images

Armenia and Turkey agreed to continue talks without preconditions after a first round of meetings aimed at normalizing ties concluded in Moscow on Friday.

Ankara and Yerevan lack diplomatic relations. But in December, the neighboring countries agreed to name special envoys — former Turkish ambassador to the US Serdar Kilic and Armenia’s deputy parliament speaker Ruben Rubinyan —  to lay the groundwork for normalization.

The Armenian and Turkish foreign ministries described the meeting between Rubinyan and Kilic on Friday as “positive and constructive."

The “parties agreed to continue negotiations without preconditions aiming at full normalization,” the ministries said. “Date and venue of their second meeting will be decided in due time through diplomatic channels.”

Citing diplomatic sources, the Turkish state-run Anadolu Agency reported Friday that the closed-door meeting in the Russian capital lasted for an hour and a half.

The relationship between Turkey and Armenia has been historically tense. Turkey shut its borders to Armenia in 1993 in solidarity with its ally Azerbaijan, which was locked in a bitter war with Armenia over the Nagorno-Karabakh region.

In 2020, Ankara backed Baku in its latest conflict with Yerevan over the disputed enclave, which ended after six weeks in a Russian-brokered truce.

The relationship is also strained over the mass killing of up to 1.5 million Armenians at the hands of Ottoman forces beginning in 1915. Ankara has long denied that a genocide took place.

In a sign that ties between Armenia and Turkey are improving, Armenia’s Economy Ministry announced in late December that it was lifting an embargo on Turkish imports that was imposed during last year's 44-day war.

Turkish Foreign Minister Mevlut Cavusoglu said last month that Turkish and Armenian airlines had applied to provide flights between Istanbul and Yerevan. Reuters reported on Thursday that Turkish carrier Pegasus and Moldovan airline FlyOne will begin fights between the two capitals next month.

“Any further concrete steps towards the normalization of relations would be good news for regional stability and prospects for reconciliation and economic development,” the EU said in a statement.

The Armenia-Turkey talks come as President Recep Tayyip Erdogan seeks to mend ties with a number of other countries in the region, including Israel, Egypt and several Gulf states. Earlier this month, Erdogan announced plans to visit Saudi Arabia in February.