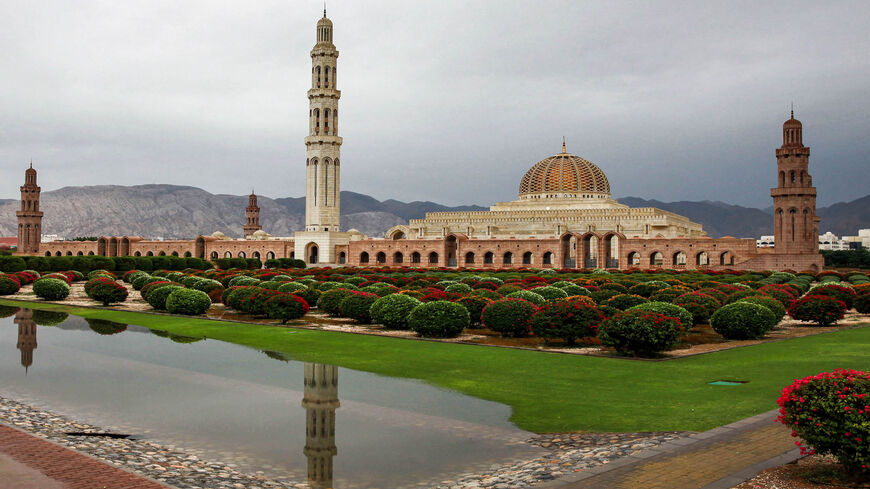 “Investors have historically complained that Oman's environmental regulatory architecture is draconian. Most investors in Oman are not billion-dollar firms, right? They are small investors from neighboring countries and are not interested in stringent environmental legislation,” said Manishankar Prasad, an Indian consultant who advised Oman’s environmental authorities and free zones during the Sultan Qaboos and Sultan Haitham eras.

Qaboos bin Said Al Said, ruler of Oman from 1970 until his death in 2020, set up the Gulf region’s first office for environmental protection in 1974, as well as the first Ministry for the Environment in 1984. Under the Basic Statute of the State, Oman’s constitution, environmental conservation and pollution prevention are considered the state’s responsibility.

The voice of the Ministry of Environment and Climate Affairs and the Office for Conservation of Environment at the Diwan of Royal Court long had significant weight in the country, and businesses violating environmental regulations risked heavy penalties or being shut down.

But economic hardship and high budget deficit put this environmental commitment to the test. In 2020, Sultan Haitham dissolved the Ministry of Environment and Climate Affairs, which was represented at the Council of Ministers. The environment portfolio is now in the hands of the Environment Authority, a “toothless and powerless” state agency with “limited powers and limited fundings”, a source close to Oman policy-making circles told Al-Monitor.

Although the situation has improved since 2020 when the budget deficit skyrocketed, Oman still expects a deficit equivalent to 5% of its gross domestic product in 2022 that will be covered by domestic and international borrowings and withdrawal from state reserves.

“There are so many competing concerns at the moment. It is not just the environmental side. We need to make sure the economic wellness of the country also is taking care of,” said Rumaitha Al Busaidi, executive board director at the Environment Society of Oman (ESO), a Muscat-based nongovernmental organization that protects Oman's natural heritage and promotes environmentally sustainable behaviors. Busaidi told Al-Monitor the focus might have “shifted,” but environmental protection is not expected to “fall as something that is not important at all.”

Environmental policymaking is centralized in Oman’s capital, Muscat. Still, the implementation has been localized, thus allowing each governorate and free zones to consider the local context and adapt national policies “within reason.” This enables environmental rules to be more site-specific and introduces competition between regions.

“Every governorate will try to attract investors by being more creative in determining their own priorities and creating ecosystems conducive for investors,” a second source within Oman policymaking circles told Al-Monitor. The local business community was given the assurance that a “trade-off” will ensure “over-concern about the environment” will not be an obstacle to economic growth, as long as local ecosystems are preserved, the source added.

A Royal Directive sent by Haitham to government officials in early 2021 clarified that economic development now tops the agenda by calling for financial sustainability and the urgency to attract foreign investments. This instruction “did not hit the right spot,” said the source close to Oman policymaking circles. “It has triggered a competition among ministers to kind of prove themselves to the new sultan, like, 'Hey, look at me, I brought investors,' including projects that were previously rejected for their damaging environmental impact."

The stock of foreign investments in Oman increased fourteenfold between 2000 and 2020, compared to a jump by 141 times in neighboring pro-business United Arab Emirates (UAE).

Stringent environmental regulations do not bear sole responsibility for limiting Oman’s attractivity to investors. Analysts said that heavy administrative processes, slow registration and lack of business-oriented practices within the sultanate’s ministries are at fault, too.

The current economic push aims to bring value generation closer to home. “Ultimately, the aim is to gradually move towards the use of raw materials in manufacturing goods instead of exporting them as is, thus increasing the added value,” writes Oman's development plan. Manufacturing locally materials previously exported raw could push up pollution levels.

The sultanate’s second nationally determined contribution to the Paris Agreement submitted in July 2021 signals higher emissions than previously forecasted due to a revised baseline.

Investors and entities favorable to businesses are not alone in the driver seat, however. ESO “actively engages” with Omani policymakers, including the Environment Authority, to draw concerns on important issues and provide suggestions on better implementation of policies.

Preserving a pristine environment is in Oman’s interest. Largely untouched sceneries are at the core of its value proposition to international tourists that Oman covets to diversify its economy. Omani officials identified the tourism sector as a major provider of jobs to citizens.

For example, the Environment Society of Oman engaged with the Ministry of Transport to ensure shipping lines will not disturb marine animals, like whales. “But you cannot expect our NGO to do everything; it needs to be a collective effort. Everyone needs to play their part, all stakeholders, individuals, cooperations and the government as well,” Busaidi said.

The measure of air pollutants also needs to be strengthened, Aisha Al Sarihi, research fellow at the National University of Singapore’s Middle East Institute, told Al-Monitor. Data coming out of monitoring systems in place to control businesses’ emissions are “not necessarily accurate” because they have “not been maintained properly,” she said.

The researcher suggested revisiting emission limits for air pollutants to be more country-specific from a regulatory standpoint. “Most environmental regulations in Oman and the GCC [Gulf Cooperation Council] have been imported from the European Union or the United States, but they do not have dust as we do, which is a major factor in influencing the concentration of pollutants in the atmosphere.”

Previous plans to update Oman’s environmental regulation “died” with budget cuts across the board and the Ministry of Environment and Climate Affairs becoming an authority, the sources close to policymaking circles said: “They do not have the budget to continue working on it, and not even the manpower resources to do so.” In May 2020, Oman decided to let go of 70% of foreign experts and consultants working in civil and government units and requested Omani public employees whose services exceed 30 years to retire by end 2020.

According to Busaidi, however, the Environment Authority is currently working on finalizing a green strategy for Oman with a maximum time horizon for publication in the next two years. “What is interesting in this strategy is that they have really realized that it is not only conserving the environment, but it is also supporting the economy as well,” she concluded.