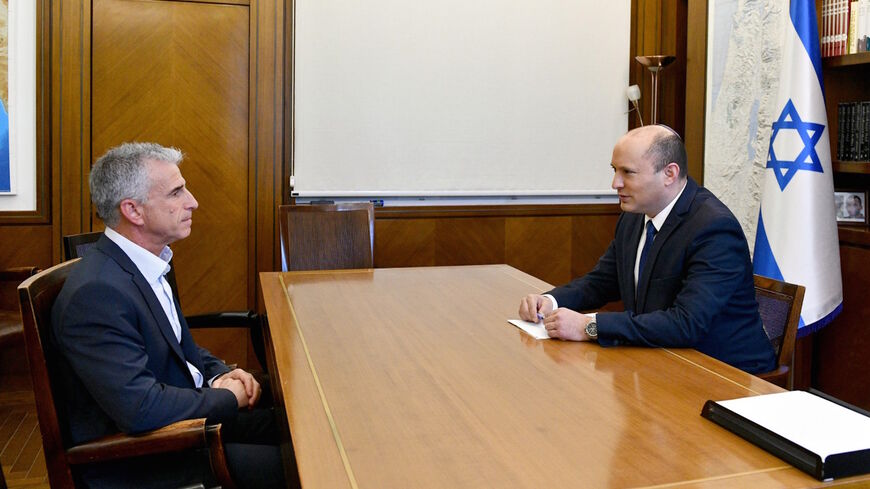 Saudi and Libyan media reported Jan. 12 that Mossad Director David Barnea and Libyan Prime Minister Abdulhamid Dbeibeh had met recently in Jordan to discuss normalization and security cooperation. According to these reports, Dbeibeh asked Israel to assist him to stay in office during the pre-election transition period in Libya. The office of the Libyan prime minister denied the meeting took place, while official Israel did not comment on the issue.

These reports come after prior reports over alleged contacts between Libyan leaders and Israeli officials, though not necessarily from the same political camp as Dbeibeh.

Last November, Israeli media reported that Libyan politician Saddam Hifter flew to Ben Gurion Airport for meetings with Israeli officials regarding potential normalization between the two countries. Apparently, he was aboard a private Falcon jet that stopped briefly in Israel on its way from Dubai to Libya. The reports did not say with whom Hifter met in Israel, but it did suggest Hifter offered to establish diplomatic relations between Israel and Libya in return for Jerusalem’s military and diplomatic support of himself or of his father. Saddam Hifter is the son of Libyan warlord Gen. Khalifa Hifter, the main political rival of Dbeibeh. The reports also claimed Saddam Hifter had been in contact in the past with Mossad agents.

Last November, an unnamed official in Hifter's campaign headquarters told Israel Hayom, "It's still too early to discuss a normalization agreement with Israel and how that would look. First of all, Gen. Haftar has to actually win [the elections], and we are certain he will. As of now, though, we have no interest in bringing the issue of future relations with Israel to the agenda, because the Libyan public harbors traditional and structured hostility toward it."

Reports from 2019 claimed Khalifa Hifter was interested in establishing ties with Israel. In an interview with Israeli Maariv at the time, Hifter's de facto Foreign Minister Abdul Hadi al-Howeej noted he hoped his country would establish relations with Israel if the Palestinian problem was resolved. "We are a member state of the Arab League and are committed to its decisions, as well as those of the UN. We support the rights of the people, including all of the rights of the Palestinian people. But we support regional peace, oppose terrorism and fight it in Libya as well," he added.

Alleged Israeli support of Hifter could be explained by two motives. The first would be Hifter’s commitment to battle extreme Islam and eradicate jihadist groups from the region, a cause naturally shared by Israel, especially amid the backdrop of concerns over ihadist groups operating in the Sinai Peninsula. The second reason would be the support Hifter enjoys already from Egypt and the United Arab Emirates, both allies of Israel. The United States had also supported Hifter in his quest in earlier years against ihadist groups, but has been more careful to express its support of him in the past two years, since Hifter started challenging the UN-backed transitional government in Tripoli.