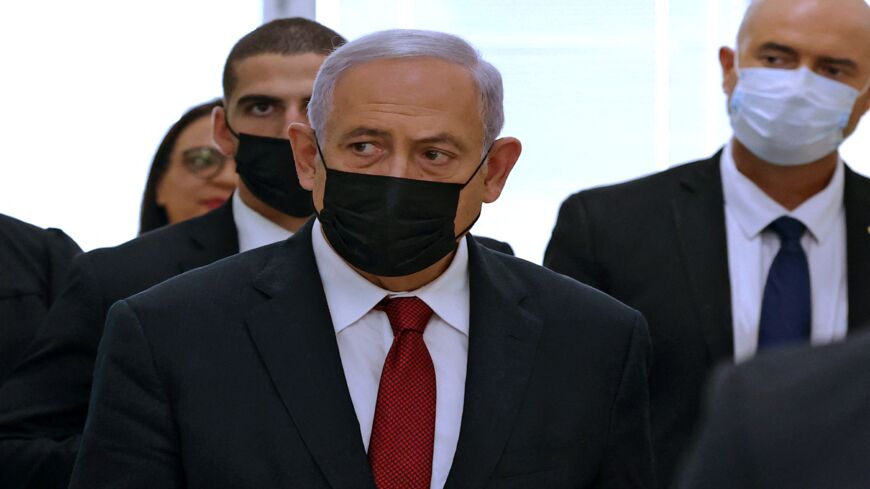 The way things look now, former Prime Minister Benjamin Netanyahu will soon be signing a plea bargain and leaving political life once and for all. This will have a profound impact not only on the Likud but on the coalition as well. Paradoxically, it is not at all certain whether the coalition will be able to survive this.

Even now, less than one week after it was revealed that Netanyahu has been in talks to reach a plea bargain with the prosecution in the criminal case against him, and certainly before any such deal is signed, the coalition’s fragility is increasingly apparent. After all, it is about to lose the very reason for its existence.

The fact is that the government was formed for the sole reason of removing Netanyahu from politics. With a plea bargain, that will have been achieved fully. Even as leader of the opposition, Netanyahu has managed to preserve widespread public support and, with that, pose a threat to the coalition. Without Netanyahu, the coalition will have a hard time justifying its existence. In many ways, Netanyahu is the current coalition’s “safety net.” Without him in the game, the coalition loses that advantage.

The opposition is well aware of its fragility. In fact, in the past three days, the coalition’s leaders have been promising repeatedly that the coalition is stable. The problem is that the more self-confidence they attempt to exude and the more they try to relay the message that it is “business as usual,” the more evident it is that they are worried about what really stands to happen.

Prime Minister Naftali Bennett hinted at the alleged plea bargain on Jan. 16 when he spoke to the press at the beginning of the weekly Cabinet meeting. After listing his government’s achievements, he said, “… all of the various political analysts, with their graphs and scenarios, can rest assured. The government of Israel is working and will continue to work quietly and effectively, day after day, for the citizens of Israel."

Clearly, Bennett is worried. He is a weak leader with very little political support (his Yamina party has only six Knesset seats). Now, however, every day in office could be his last.

Another architect of the coalition, Finance Minister Avigdor Liberman, has been sending the same message in a series of interviews. He insists that the coalition is stable “and that there is a good chance that we will be able to carry out the rotation agreement and continue functioning.” He is referring to the agreement by which Foreign Minister Yair Lapid will replace Bennett as prime minister in another year and a half.

There are, however, certain things that seem unstoppable, especially when talking about such a fragile political structure. It is inevitable that a polarized minority government will be difficult to manage.

The problem is that the moment a plea deal is signed, the government will be under constant assault from two threats, not one.

In the first scenario, some right-wing legislators, members of the coalition, will join efforts by the opposition to dissolve the Knesset. They would return to their old home base, forge an alliance with the Likud and ultra-Orthodox, and put an end to the current government, pushing Israel toward new elections. In exchange for this, they will be assured seats and positions in the Likud after the elections.

The second, more likely scenario is that a new government will be formed from within the current Knesset and headed by someone new. Israeli legislations enable a situation where some Knesset members propose a prime minister. All it takes is 61 signatures supporting the proposal. With Netanyahu out of the picture, this becomes a reasonable option.

The effect of Netanyahu leaving politics within the next few weeks portends a political explosion unlike anything the country has ever seen before. Almost anything is possible then. There are enough people in the Knesset who would consider this to be their big chance to become the next prime minister. In the Likud, for example, former Minister Yisrael Katz believes that he could put together a new government in the current Knesset. Discussions taking place behind the scenes tell a very different story from what Bennett and Liberman have been saying. They could find themselves out of office in the coming year.

The first indication that the coalition is weakening could be found Jan. 17 in the Knesset. The coalition brought the Enlistment Law before the Knesset for a first reading, convinced that a majority supported it. This has been a banner issue for Lapid for the last decade. Even before the vote took place, he strutted about boasting of what was about to happen.

Then came the moment of truth. The law did not pass, and Lapid was humiliated. The failure of this legislation came from unexpected quarters, too. It was opposed by Knesset member Ghaida Rinawie Zoabi of the Meretz Party. Her own party was furious about her vote. They had no idea that she intended to block the law from passing. The party’s chair, Health Minister Nitzan Horowitz, told her as much in an angry phone call, but it was already too late. The damage was done. Also humiliated by this move was Knesset member Mansour Abbas, leader of the Ra’am Party. Three members of his party supported the law despite its serious implications for the Arab sector they represent, and which is not conscripted into the Israel Defense Forces.

In an effort to minimize the damage, Bennett, Defense Minister Benny Gantz and Lapid immediately announced that the coalition would submit the law again the next day. Still, it is not at all sure that the bill would indeed pass upon a second attempt.

This incident is a bad sign of what may lie ahead. When a single Knesset member acts against the interest of the group to advance an independent agenda, it is more than just a momentary lapse of coalition discipline. It is an indication that the members of the ruling government coalition see an end to the coalition in sight. What they want now is to score points with an agenda that will promote them among their particular electorates. That is exactly what Zoabi did.

It should be noted that while discussions with Netanyahu over a plea bargain caught the entire political system by surprise, no one was more surprised than the senior Likud leadership. Up until just a few days ago, Netanyahu seemed completely committed to their struggle to bring down the government while managing his trial. The line he has taken with the media was that he is not interested in a plea bargain and he will continue to fight to prove his innocence.

If a plea bargain does come through, the Likud, Israel’s largest party, will face an enormous test. It will have to contend with an internecine war over who takes over from Netanyahu, not to mention the inevitable chaos that will come with the departure of the strongest leader that the party has ever known. While a plea bargain might remove Netanyahu from politics for seven years, its impact on the Likud and the political system in general would be much greater than that of all the past four elections.