A Libyan photographer has made it her mission to share the country's people and stories with the world. 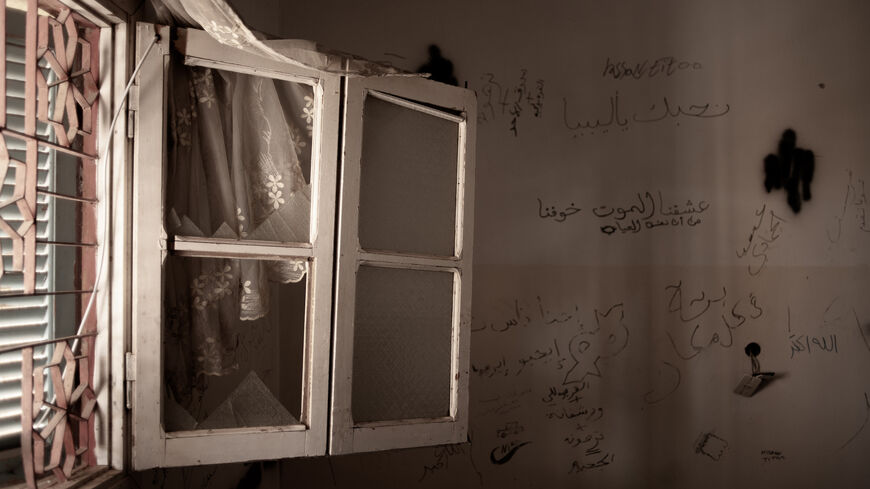 A room of the Harouda family's demolished house, which the militia Al-Kaneyat used as a military base, bears graffiti that reads, "We admire death, we are afraid to admire life," and "I love you Libya," in this picture taken Feb. 20, 2021 in Tarhuna, Libya. - Nada Harib/Getty Images

The work of Libyan photographer Nada Harib is all about hope in the face of adversity and beauty in the midst of pain.

With her work today widely exhibited in and outside Libya, from the Institut du Monde Arabe in France to the Tropenmuseum in Amsterdam, Harib’s work tells stories that have been forgotten or repressed during her country's many turbulent phases.

Harib’s eyes sparkle as she talks about discovering all the cultural aspects of her fast-changing country, from the disappearance of the military uniforms she used to wear in the public high school as a child to the tlaba worn by women from the Nafusa mountains. A deep sadness descends on her as she recalls the destruction the civil war has left behind, the dark corners of recent history she laid her eyes and camera on.

“But you know, it’s Libya,” she often concludes, whether she is talking of the country being unprepared to face the COVID-19 pandemic — she had just recovered from it herself — or about the incredible treasure trove of culture and humanity she has encountered in its unexplored corners. 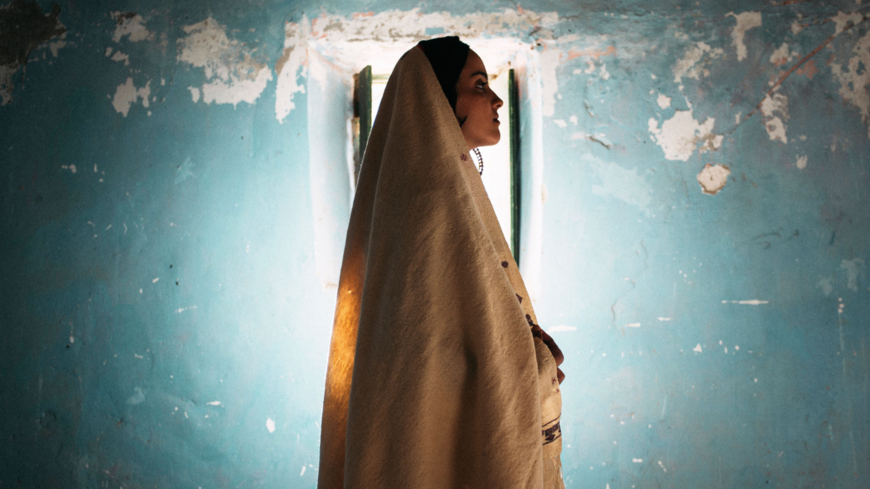 As Harib gave a Zoom interview from her home in Tripoli, the warm light streaming through the curtains revealed postcards and prints of Renaissance paintings on the wall.

“In 2018 I stayed for six months in Italy, studying Italian. I spent much of my time going to bookstores and looking at photography books. I saw the work of many photographers, telling stories from different countries around the world. But I couldn’t find any Libyans speaking about Libya — no storytelling, no photographs, no art. I felt incredibly disappointed,” she remembered. “This motivated me to begin the task of creating a book of stories from Libya to share with the world.”

For many years, photography was a passion Nada cultivated on the side, taking pictures of friends, nature or weddings.

Living abroad, she noticed that Libya was somehow a blind spot in the collective consciousness. “No matter who I would ask, no one could guess my nationality!” she said in disbelief. “They would think I’m from Tunisia, Egypt, Morocco, never from Libya!”

When she was later forced to go back to Libya because her visa and scholarship expired, she was deeply frustrated. But she was able to turn the setback into an opportunity, starting a photography project on Libyan women. 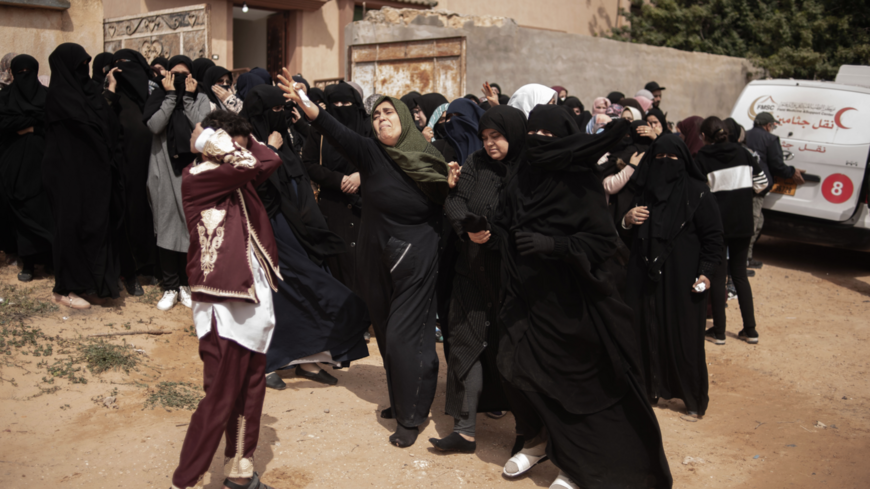 She started "Women of Libya" by photographing her family. The experience helped her hone her people skills to convince her subjects to pose: “There is not a wide knowledge of photography in Libya yet, so many women were not very keen to participate in the beginning.”

However, she soon felt the need to go beyond the urban environment and explore southern Libya, an area of the country that had historically been neglected under deposed dictator Moammar Gadhafi as well as by the subsequent administrations.

Right before the civil war, which started on April 4, 2019, she arranged a trip to Ubari on a plane transporting oil. It was then that she came into contact with the Tuareg culture, radically different from the people in Tripoli: “Tuareg culture is much more colorful than Tripolitanian culture. The women wear not only black abayas, but also a traditional costume called melhafa. This tradition transforms a lifeless town into a vibrant swirl of different colors.”

In the middle of the civil war, she managed to go through another life-changing experience, participating in the VII Academy Foundry Photojournalism Workshop in Kigali, Rwanda. “I wrote them that I wanted to investigate the infamous genocide through the perspective of the process of pacification,” she recounted. “I went to Rwanda in August 2019. The workshop lasted seven days but went there three days earlier, and after the workshop then I traveled to Uganda before being back in war-torn Libya.”

Traveling and researching another country with such a painful history not only honed her photographer skills in the workshop but made her question what had happened in Libya in previous years. “Rwanda was a transformative experience. Back home, I was a completely different person.” 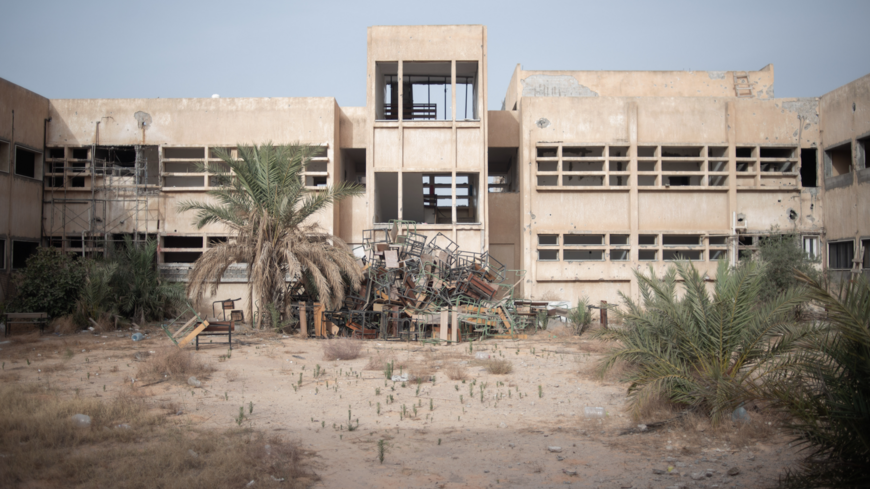 She talked about going through the civil war. “We live not far from the airport road. I would hear explosions near my house and I thought our building would be next.” At the end of the war, she was eager to visit the places that were hardest hit and discover what really happened.

In Tarhuna, 92 kilometers (57 miles) from Tripoli, she saw and photographed the mass graves, a testament to the atrocities of the civil war. Crushed, she decided to take a two-month break from the project.

“When I came back from the graves, I just laid in bed and didn’t want to talk about the subject. I just watched funny videos and let the emotions wane down. I sometimes cried at night. Tarhuna is only a few kilometers away from Tripoli. If they hadn't stopped them before they came to the city, it could have been us. The realization really hit me. It could have been us in those graves. It’s a lot. But then as soon as I processed the emotions, all I wanted was to go back.”

“These kinds of projects are not just about showing up in a place and taking all the pictures on the first trip,” she pointed out. “You might do one or two trips where you don’t even take out your camera. But it’s in those first stays that you start building trust, and that’s very important.”

All these experiences converged into Harib's ongoing series "Unearth," which is becoming a book. In this series, she tells the story of her homeland, where the grand narrative meets the intimate memories of her childhood as well as her current work as a photojournalist. It encompasses a time frame that goes from Gadhafi’s regime to the present day, including the Feb. 17 revolution, the civil war and the rise of a new dictator.

While she is aware that the word "unearthing" evokes sadness and death, she says it is also a necessary process to help the truth come out and bring with it beauty and hope. She said, “There are still many buried layers and truths for us to face.”

“I’m grateful for the revolution. Before, with Gadhafi, we felt we didn’t have any problem. We didn’t know about democracy; we didn’t even know about our own culture. It was all flattened. There was only one color, green, and no cultural alternative to Gadhafi’s system. But the history that has come out from the revolution is incredibly rich. In the time after it, I didn’t know on which subject to concentrate, there was just so much to talk about!”

Despite the acknowledgments and prestigious collaborations, they are not what motivates Harib. Emotion, curiosity and a sense of deep responsibility seem to propel her: “I see so many photographers limiting themselves to cover cultural events and not being willing to go any further from the safe path. But the really interesting things are just around the corner, and you have to be willing to turn it.”

Even when it’s painful, she can’t help but dig deeper. Even when she depicts death, there's always a sense of life that can’t help but arise. “And, you know, this is Libya. It’s all Libya.”