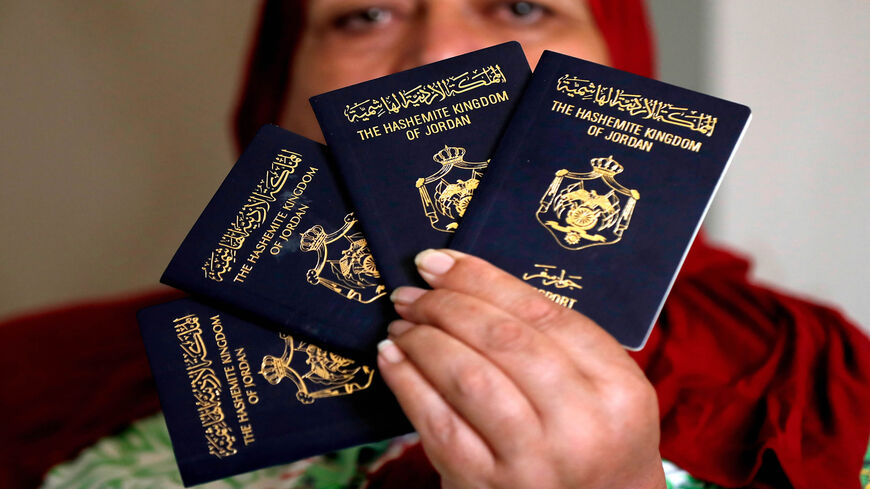 Israel, for its part, could have covert reasons for naturalizing Jerusalemites, most notably breaking their bond with the West Bank.

According to a report by the Israeli Maariv channel on Sept. 16, 2017, the Israeli government decided, back in June 1967, to amend the process of granting citizenship to residents of Jerusalem, by granting them the legal status of permanent residents, within the scope of continuous efforts to reduce their numbers as much as possible.

The Israeli residency confers to its holder the right to live and work in Israel, as well as other economic and social rights. Thus, Jerusalemites get social security allowances dubbed “national insurance benefits,” and in return they pay taxes to the Israeli authorities. Jerusalemites also have the right to vote in Israeli municipal elections and to run as candidates for membership in the Municipal Council.

According to Article 5 of the Israeli Nationality Law, Palestinian residents of Jerusalem can apply for citizenship if several conditions are met, including having some knowledge of the Hebrew language, having resided in Israel for the last three years, swearing an oath of loyalty to the State of Israel and giving up the temporary Jordanian passport. Moreover, these residents should not have harbored any animosity toward Israel.

Khalil al-Tafkaji, director of the map department at the Arab Studies Association, told Al-Monitor, “Palestinians in Jerusalem are permanent residents with the right to reside inside the State of Israel. Therefore, Israel granted them a resident document after the occupation of Jerusalem in 1967. Until 1987, they were issued Jordanian documents of identity but not the Jordanian citizenship. During 1988, the Kingdom of Jordan decided to disengage from the West Bank, after the late Palestinian President Yasser Arafat declared the State of Palestine.”

Tafkaji said, "Options have become limited and difficult for the residents of the city of Jerusalem. If anyone manages to obtain the citizenship of a foreign country, he will be expelled after three months of obtaining it. If he manages to obtain Palestinian citizenship, his property will be confiscated by the Israeli authorities. Meanwhile, obtaining Israeli citizenship enables these Jerusalemites to keep their residency and stability and move and travel anywhere around the world, specifically to countries that allow the holders of the Israeli passport to enter without obtaining a prior entry visa.”

He noted, “Around 7,000 Jerusalemites obtained Israeli citizenship in 1993. Then, the granting of Israeli citizenship followed an upward trend with numbers reaching 21,000 naturalized Jerusalemites. However, recently, Israel began imposing restrictions on applications for citizenship. This falls within the scope of the Israeli government’s efforts to expel them from the city.”

Tafkaji said that the current restrictions imposed by Israel on residents of Jerusalem seeking to obtain Israeli citizenship aim to displace 200,000 Palestinians with residency status outside the walls of the city of Jerusalem toward areas controlled by the Palestinian Authority (PA). “Israel is trying to get rid of them, after controlling 87% of the city’s surface area. Israel wants to use the Palestinian residents in Jerusalem as a pressure card in any future negotiations between Israel and the PA,” he added.

In February 2019, the Israeli Supreme Court, according to Haaretz newspaper, obliged the Ministry of Interior to expedite the examination of the applications of Jerusalemites, after a lawsuit filed by Israeli lawyers representing Jerusalemites who applied for naturalization.

Nasser al-Hadmi, head of the Jerusalem Committee for Resisting Displacement, told Al-Monitor that before former US President Donald Trump declared Jerusalem the capital of the State of Israel, there was a great Israeli desire to naturalize a large number of Jerusalem residents in order for the city to have a Jewish majority. Once the United States recognized Israel’s status, Israel reduced the number of naturalizations of Jerusalemites, and it is currently seeking to displace Jerusalemites and expel them rather than naturalize them. This is evidenced, for instance, by the evictions and displacements of a number of residents of the Sheikh Jarrah and Silwan neighborhoods.

He said, “Around 80,000 naturalization applications have been submitted by the Palestinian residents of Jerusalem to the Israeli authorities to obtain Israeli citizenship. But Israel so far approved only a limited number of them. Recently, after Jerusalem was recognized as Israel’s capital by the US administration and some other countries, Israel no longer seems so interested in naturalizing a large number of Jerusalemites, which it sees as a minority that does reflect a civilized image of the city.”

Hadmi noted that the Israeli authorities force Jerusalemites seeking Israeli citizenship to pledge full loyalty to it, and accept to become second- or third-class citizens. “The best example is the discrimination against Palestinians in the occupied territories in 1948, who are not treated on equal footing with Israeli residents. Israel believes that citizens of Jewish origin are better than other naturalized citizens from other countries,” he said.

He added, “The Israeli authorities have, for nearly 10 years now, put expiry dates on the identity cards they give to the residents of Jerusalem in order to be able to reside in the city and move across all Palestinian areas. When Jerusalemites try to renew their identity card, Israeli authorities would blackmail them, and refuse to easily renew the identity cards of those who threaten Israel’s security. This enables Israel to reduce the number of Jerusalemites granted the Israeli nationality.

Yael Ronen, professor of law at the Academic Center for Science and Law and researcher at the Minerva Center for Human Rights at the Hebrew University in Jerusalem, noted in one of her articles posted on the Forum of Regional Thinking on Jan. 27, 2021, that developments may occur regarding the situation of tens of thousands of Palestinians living in Jerusalem represented in the possibility of obtaining Israeli citizenship. She noted that there are 330,000 Palestinians in the eastern part of Jerusalem and that the Population and Immigration Authority of the Israeli Ministry of Interior published a procedure to apply for citizenship under Article 4(a) of the Nationality Law.

She explained that since the occupation of Jerusalem in 1967, no Israeli steps have been taken to grant citizenship to residents, in light of the lack of interest in it and the Israeli objection to it. She noted that Palestinians are refraining from submitting requests for citizenship, as this could be interpreted as recognition by them of Israel’s sovereignty over the city.