Palestinians to lose only airport in Jerusalem to Israeli settlements

Israel advances its measures to annex Jerusalem by implementing several settlement projects, including one on the site of Palestine’s old airport. 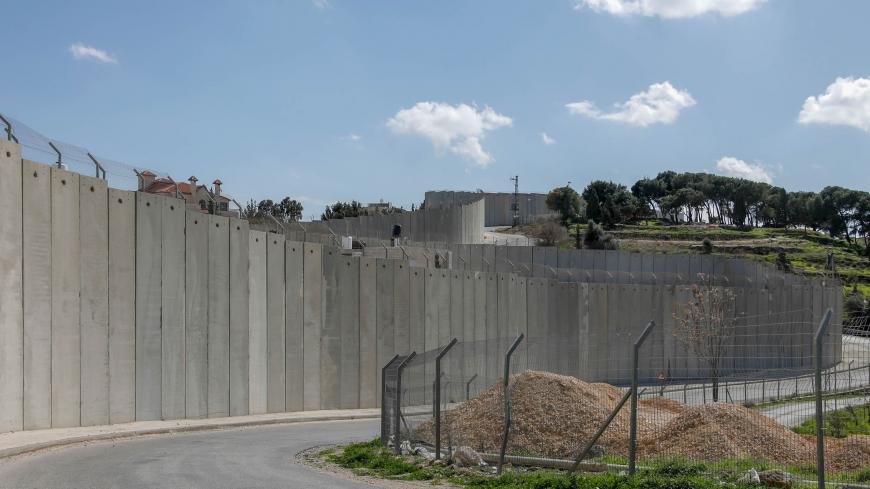 The Jerusalem International Airport, the oldest airport in Palestine, formerly known as Qalandia Airport, lies on a road connecting the cities of Ramallah and Jerusalem, near the town of Qalandia in the northern West Bank. It was built in 1920 during the British mandate on a land of 650 dunams (160 acres) initially. More than 50 years later, this very airport has turned into an abandoned site devoid of any luggage, planes or flight attendants. The cracks inside the concrete floor of the airport are now covered with dry and green grass.

Israel seized the airport after it occupied the West Bank and East Jerusalem in 1967, and it annexed it in 1981 based on the so-called Jerusalem Law. Israeli airlines used it for commercial and domestic flights to and from Jerusalem until they closed it in 2000. Its name was changed to the Atarot Airport, of which only the runway, the control tower and the arrival and departure hall remain.

Khalil Tufakji, head of the map department at Jerusalem's Arab Studies Society, told Al-Monitor, “The largest Israeli settlement project that has been underway for several years now in Jerusalem seeks to seize and confiscate 1,300 dunams [321 acres] of the Jerusalem International Airport and the lands surrounding it. It aims at implementing Israel’s Greater Jerusalem project to expand the existing Israeli settlements and expel Palestinians to increase the number of Jews and settlers in the city of Jerusalem.”

He said, “Since 1994, the Israeli authorities have set up the Greater Jerusalem project, which includes, according to Israeli plans, the settlements of Ma'ale Adumim, Givat Ze'ev and Gush Etzion. They have also controlled all roads leading thereto in order to cut off Palestinian neighborhoods from the Jerusalem municipality, such as Shuafat, Kafr Aqab and Anata, among others.”

Of note, the separation barrier in the West Bank is 712 kilometers (442 miles) long, which is double the length of the so-called Green Line that extends over 320 kilometers (199 miles). Meanwhile, in the vicinity of Jerusalem, the barrier extends over about 202 kilometers (125 miles), according to data from Israeli human rights organization B'Tselem.

Ziad al-Hammouri, director of the Jerusalem Center for Social and Economic Rights, told Al-Monitor, “The Israeli authorities took control of the Jerusalem International Airport after occupying the West Bank in 1967, and they subsequently used it to operate domestic flights from and to Jerusalem, Eilat and Tel Aviv. Israel closed it completely with the outbreak of the Palestinian uprising in 2000.”

He said, “The airport was the lung through which the Palestinians would catch a breath and travel to the Arab world. Several planes took off from this airport to land in Lebanon, Jordan and some Gulf countries. But with the Israeli control over it, it turned it into a new settlement outpost that serves Israeli goals and plans aimed at controlling the West Bank as a whole, and not just Jerusalem."

Hammouri noted, “The new settlement project will witness the construction of 15,000 to 25,000 settlement units on the land of the airport, and these will be connected to the settlements of Maskiyot and Atrout through a tunnel to be built starting April. The tunnel dives deep below the Qalandia checkpoint, as it helps settlers avoid traffic jams when they move either from Ramallah, the Jordan Valley or the northern West Bank areas to Israel without the need to go through the checkpoint."

He added, “The Israeli authorities are working to encourage the immigration of Israelis to settlements near Jerusalem by establishing many infrastructure projects and huge commercial centers that would lure thousands of Israelis into living there. Consequently, the Zionist plans show that the Palestinian Authority’s bet on the Oslo Acoord was a failure, let alone the postponing of negotiations on several core issues, such as the Jerusalem issue, during the negotiations between the Palestinians and the Israelis.”

Nasser al-Hadmi, head of the Jerusalem Committee for Resisting Displacement, told Al-Monitor that the settlement projects the Israeli authorities are carrying out in the city of Jerusalem in particular and the West Bank in general go beyond the goal of garnering the support of a large segment of the Israeli community for the extreme right, which has been ruling Israel for several years.

He said that the majority of Israeli society has become extremist and does not believe in the principle of peace or in a two-state solution between the Israeli and Palestinian sides.

Hadmi noted, “In 2021 the Israeli occupation intensified its attacks on the city of Jerusalem, as it demolished houses it claimed were illegal and prevented Jerusalemites from obtaining building permits.”

He said that the Israeli authorities grant only 4% of the population in Jerusalem permits for construction. Also, Israeli approvals usually require five to 10 years and cost $50,000 to $100,000 for one housing unit.

“Over the years, the Israeli authorities have issued several laws aimed at controlling and seizing the property of Jerusalemites, including the Custodian of Absentee Property Law, which aims at facilitating the Israeli control over the property of Jerusalemites who left Jerusalem in 1967 and never returned. This [law] allows the Israel Land Administration to control and transfer such properties to settlement associations that establish settlements and outposts thereon and hand them over to settlers,” Hadmi concluded.