Despite Interior Minister Ayelet Shaked's enthusiasm, both green groups and neighboring towns are unhappy with a plan to build a new village near the Gaza border. 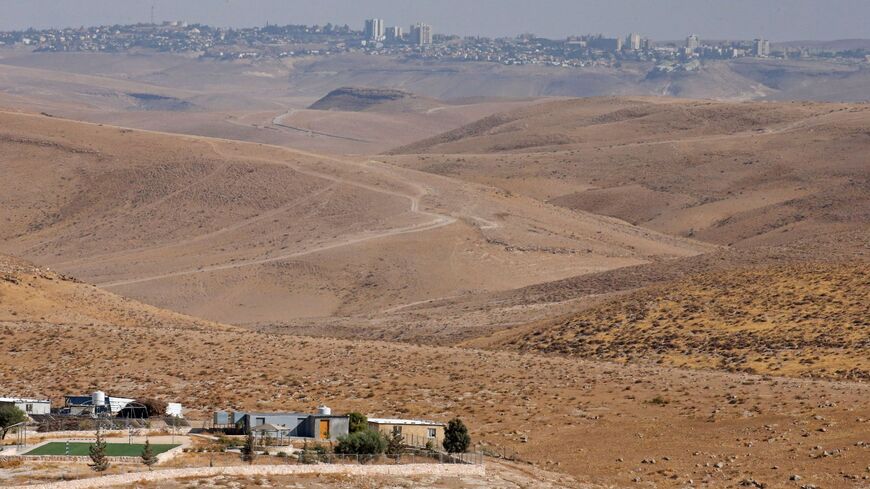 A picture taken Aug. 10, 2020, from the southern Hebron area shows the Israeli city of Arad beside the 1948 Green Line. - HAZEM BADER/AFP via Getty Images

Israel's National Planning and Building Council approved on Jan. 5 plans to establish a new Jewish community near the border with Gaza. The new locality — a mixed secular and religious village — has been given the placeholder name Hanoun, after the river that flows nearby. The project still needs government approval.

Interior Minister Ayelet Shaked tweeted, "Continuing to make history in the Negev. Congratulations to Sdot Negev Regional Council on the approval of the new 'Hanoun' locality that will accommodate 500 new families. [Israel’s first Prime Minister David] Ben-Gurion's vision is coming true before our very eyes, and is more relevant today than ever before. The establishment of the new locality not only goes in line with the needs of the housing market, but first and foremost fulfills the Zionist dream and strengthens the Gaza envelope region."

In other interviews, Shaked made it clear she considers building new villages in the Negev and in the Golan Heights a high political and ideological priority. Hanoun, she noted, is just one of several plans for communities in the Negev region she intends to promote in order to assert the Jewish presence there. She has already advanced the construction of the town of Kasif, near the southern city of Arad, and several rural communities such as Hiran and Yatir.

In a video that accompanied the tweet, head of the Sdot Negev Regional Council Tamir Idan is seen standing alongside Shaked where the new locality is expected to be built. "We are very excited. We have waited for this to happen many years. It’s a great victory over our enemies from the West. The terrorists will see us continuing to build. They will continue focusing on terror while we will continue focusing on construction," says Idan. Shaked notes that many people want to come and live in the region. The project was delays for many years, she explains, adding, "I’m hoping that within two years we will manage to build this new locality in Israel."

In November 2020, the government of Prime Minister Benjamin Netanyahu approved a proposal to study the possibility of establishing the community of Hanoun. He instructed the Housing Ministry to prepare a plan in coordination with the ministries of transportation and agriculture. The Finance Ministry was instructed to allocate the funds for the feasibility studies. Still, with the political turmoil in Israel over the past two years, including four elections, the plan was never finalized.

The Gaza envelope in the south of Israel encompasses all the localities out to seven kilometers from the Israel-Gaza border fence. There are some 60 such localities, including the town of Sderot and dozens of villages and kibbutzim. The cities of Netivot and Ashkelon are located adjacent to the border. Israel considers the Gaza envelope a region under security threat, which means that people living there are entitled to some fiscal benefits. Over the years, these towns, villages and kibbutzim have greatly suffered from hostilities coming from the Gaza Strip, including thousands of rockets, fires instigated by incendiary balloons and attacks by Palestinian assailants. Many of the residents have complained over the years of dire mental health implications for their children living constantly under rocket fire.

While the decision to establish a new community in the region was hailed by several cabinet ministers, not everyone in Israel is happy about it. One group that opposes the project is the municipality of neighboring Netivot, a town that has long suffered from a lack of investment in development and has long been considered one of Israel’s poorest localities. In 2017, Netivot signed an agreement with the State of Israel allowing the establishment of new neighborhoods with some 13,000 new housing units. The municipality now fears that a new village so nearby will undermine Netivot’s efforts to attract new families.

In a letter addressing the National Planning and Building Council last December, Netivot Mayor Yehiel Zohar wrote, "Netivot will be the main victim of the establishment of the new locality, which is planned only a kilometer and a half from the city’s border. The new locality will include mostly ground-level construction at a very low density and is intended, as the writers of the plans themselves claim, for an affluent population. This would generate direct and unfair competition for Netivot, which already suffers from spillover and delocalization of economically stronger populations to the many rural localities that surround it."

Green groups, including the Society for the Protection of Nature in Israel — SPNI, the country’s leading environmentalist group — also oppose the Hanoun plan, which they point out would bring construction, new roads and much more pollution. They warn against the destruction of unique desert ecosystems.

The SPNI told Al-Monitor, "With grounds not always easy to build on, vigorous population growth and especially a culture of wasteful land use, Israel suffers from a severe land shortage. For these reasons, Israel is soon going to be the most densely populated country in the West. Therefore, there is absolutely no logic — not on the planning level, not economically, not socially and not environmentally — in the planning of new communities. On all these levels, … [developing] existing localities should clearly and unequivocally be a priority over the establishment of new ones. Initiatives for new localities will only damage the continuity of open spaces, and consequently threaten the habitats of wildlife and flora" with both the construction and the additional infrastructure.

The SPNI further argued that this preference for strengthening existing localities over establishing new ones is anchored in Israel’s stated national planning policy. The group made it clear its stance is unrelated to the identity of the locality or the population expected to live in it. Rather, it said, "opposition to the establishment of a new locality is principled and rational, without any other consideration, apart from the professional consideration and the desire to concentrate development into limited areas."