US foreign policy appears to be pushing its major adversaries into each others' hands. 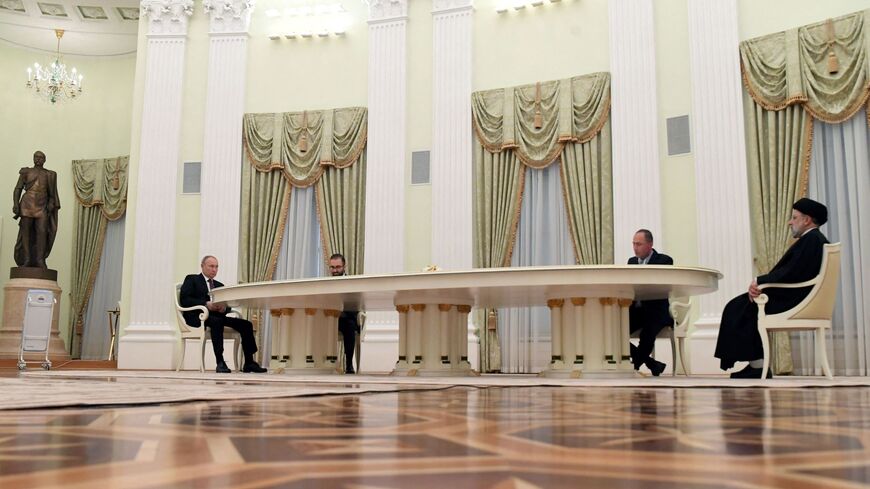 Preparations for the latest maneuvers came as Iran’s President Ibrahim Raisi called for “permanent and strategic” cooperation with the Kremlin to counter the United States’ influence during a meeting with Russian counterpart Vladimir Putin in Moscow on Wednesday.

The US has spearheaded a regional effort to isolate Tehran and its proxies in the region following Washington’s abrupt withdrawal from the landmark 2015 multinational agreement limiting Iran’s nuclear capabilities in 2018.

President Joe Biden on Wednesday said “some progress” is being made in negotiations in Vienna over reviving the deal, but so far his administration has struggled to fulfill its promise to do so.

The US has faced hard bargaining from Tehran over sanctions relief and demands that future American administrations don’t abandon the pact.

Likewise, US economic and diplomatic pressure on Moscow dramatically increased in 2014 following Russia’s incursion into Ukraine and annexation of the Crimean peninsula.

Meanwhile, senior policymakers in Washington are attempting to redirect their focus to China, which may be poised to overtake the US in global economic power in the coming decades.

Putin is also expected to meet China’s President Xi Jinping in Beijing next month during the Winter Olympics. Beijing and Moscow held joint naval drills in the Pacific in October, as well as groundbreaking land-based exercises in northwest China amid the US withdrawal from Afghanistan a month prior.

The latest joint naval exercise comes amid searing tensions between Russia and NATO over a massive buildup of Russian military forces on Ukraine’s border.

The United States has not signaled it will send forces to defend Ukraine, but the Biden administration has said it will enact unprecedented economic sanctions on Russia if it invades.

President Biden on Wednesday told reporters he expects Russia will launch some sort of incursion on Ukraine, if not a full invasion.