ENAGrup is sued over calculations that put yearly price rises at 83% and told to halt work refuting state agency’s rate. 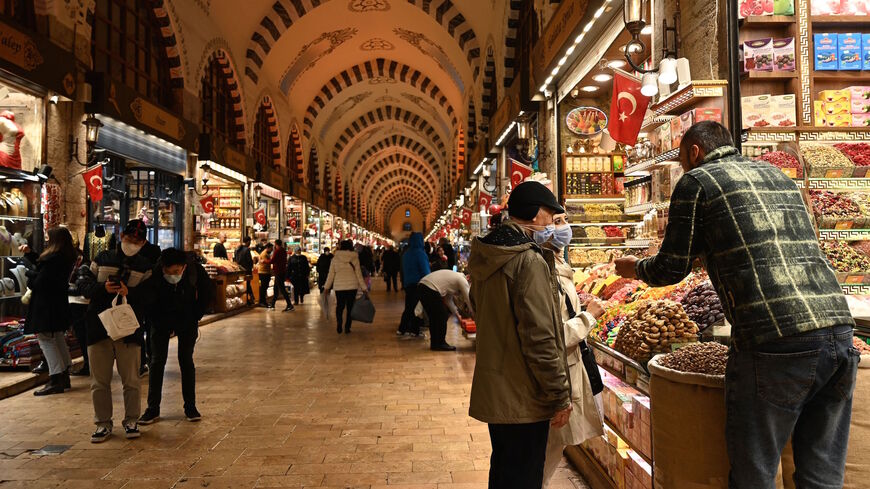 ISTANBUL — Economists who have presented inflation data contradicting the government’s figures are the latest to come under legal pressure amid Turkey’s largest economic crisis in two decades.

The Inflation Research Group (ENAGrup) is facing a court case that threatens to close it down and bar its members from issuing public statements.

The case, which is the second against the group in little over a year, comes as the official annual rate of inflation sits at 36.08%, according to data released by the Turkish Statistical Institute, or Turkstat, earlier this month.

ENAGrup, which consists of seven members and a seven-strong advisory board, put the true level at 82.81%.

Two weeks after releasing its data for December, the group’s Director Veysel Ulusoy was hit with court papers claiming ENAGrup was attacking the public persona of Turkstat and demanding it cease its activities.

They follow a long list of groups targeted for prosecution over dissenting messages, from academics to singers, doctors to journalists.

Ulusoy, who is also head of applied sciences at Istanbul’s Yeditepe University, has assumed legal responsibility for the group’s actions. He does not expect to face a serious fine or jail time, but said in an interview with Al-Monitor that “anything can happen.”

When the group of academics and analysts first decided to publish inflation statistics, their goal was solely to give a better picture of the Turkish economy, according to Ulusoy.

“Our aim was to eliminate the lack of inflation data,” he said. “We have the stock market data, exchange rate data, interest rate data on a daily or hourly basis. But something was missing that affects all these indicators so we thought we would calculate, not estimate, daily inflation to use in economic modelling.”

After publishing their first findings in August 2020, however, public interest soon grew.

“The public was so interested in having this kind of data rather than Turkstat’s false signals,” Ulusoy noted. “We knew that something was wrong and the inflation basket was misleading the public. Public support was the main thing that took ENAGrup to the next stage.”

Turkey’s economy has been in the doldrums since 2018, when a currency crisis was spurred in part by a fall-out with the United States over Turkey’s imprisonment of an American preacher on terrorism charges.

The last two years, however, saw the situation worsen as the coronavirus pandemic hit and the government ran into trouble over its handling of the outbreak. While inflation has now hit its highest level since President Recep Tayyip Erdogan’s party took power in 2002, the lira has also slumped, losing 44% of its value against the dollar last year.

The prospect of elections some time before mid-2023 has given the government even greater motive to present a positive economic outlook.

Amid accusations that institutions such as the judiciary and central bank had lost their independence to government interference, Turkstat also came under fire with claims that it was operating in deference to the presidency.

Kemal Kilicdaroglu, leader of the largest opposition party, demanded a hearing with Turkstat management in December, alleging the agency’s figures were unreliable and citing the discrepancy with ENAGrup’s data. He was refused entry at the gates.

“The TUIK figures concern our 84 million citizens,” he told journalists at the time. “Political parties, economic circles and social circles make policies according to these figures.”

Earlier this month, pensioners, whose payment increases are judged according to Turkstat data, also decried the institute’s figures.

In compliance with internationally recognized standards Turkstat uses a basket of goods and services from 12 groups, such as food and nonalcoholic beverages, transport and communication, to assess prices.

But Ulusoy described its selection of goods and services as too narrow.

“We rely on the approach of a large number in statistics so you can measure inflation accurately,” he said. “For example, there are about 30 different varieties of milk and we take them all into account but Turkstat only takes a couple of varieties.”

“Once you give a low rate of wage hikes to the people, personal consumption will be lower as well and it looks impossible for us to get rid of the economic crisis in the near or middle term,” he said.

“It’s beneficial to the ruling party but it’s really harmful for society.”

Turkstat, in response , has criticized ENAGrup’s data-collection methods. “We examined their research,” President Sait Erdal Dincer told the Haberturk newspaper last month. “We found serious errors in the data they collected on the internet.”

Ulusoy and his band of economists, however, are unperturbed by either criticism or the pending court case.

“We are going to continue,” he said. “Nothing is going to prevent us from representing the true wishes of society.”