Approved yesterday by the Knesset, the new electricity law will enable connecting Bedouin homes constructed without permits to the country’s power and water grids. 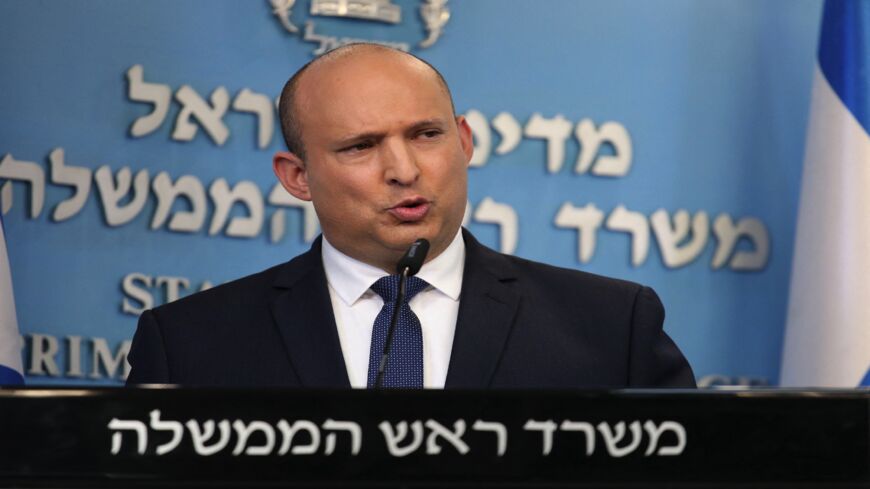 The approval Jan. 5 of the controversial electricity bill at the Knesset plenum was especially fierce, with coalition and opposition members trading accusations and shouts. Thus, the Knesset session had its embarrassing moments but also produced some pride over the wonders of Israeli democracy.

The newly approved law will enable houses built without permits to get on the grid and enjoy electricity and also to get connected to Israel’s water and sewage infrastructure. The idea behind it was to address a yearslong problem of tens of thousands of houses, mainly in Arab and Bedouin villages, built in Israel without prior building permits. Unable to produce permits, these houses were never connected to the official electric grid or were connected illegally in dangerous forms.

One of the reasons for so many houses being constructed without permits has been longstanding neglect by authorities of the Arab and Bedouin sectors in terms of development plans. It should be noted that the law will not apply to illegal villages and communities. This point is crucial, as it refutes accusations by the opposition that the law would de facto legalize unrecognized Bedouin hamlets.

According to the new law, Interior Minister Ayelet Shaked (Yamina) could instruct that houses built without a permit can still be connected to the electric grid and to running water. However, there are several conditions that have to be met, including the requirement of submitting a request for a permit (for those houses already built), within the time frame of the bill. Also, they must attach bank guarantees for paying their debts.

Ra’am faction members, who sponsored the bill, were the winners who brought a historic achievement to their public after dozens of years of neglect on the part of the State. They proved that they can participate in the democratic game and serve as effective representatives of their public, even though until now they (the Arab population) were viewed as the State of Israel’s neglected “backyard.”

Still, everything that took place during the process of ratifying the law, and especially the vote itself, was painful to watch.

The opposition, headed by former Prime Minister Benjamin Netanyahu, had prepared meticulously for this event. Their goal was to exploit the debate over the new law as proof to their constituencies that Prime Minister Naftali Bennett and members of his Yamina faction had allegedly capitulated to Ra’am. What they wanted was to present Bennett as a right-wing politician who betrayed his values, handing a prize to the Islamic party.

Indeed, Ra’am, now a member of the coalition, is Bennett’s soft spot. For years he represented the ideological right and trumpeted that Ra’am is a party that supports terror. His opponents from the opposition are now claiming that having joined a coalition with Ra’am, he is violating his principles. Furthermore, the opposition demanded that the bill would include also the “young settlements.” This is the name the setters attribute to illegal West Bank outposts. The opposition blamed Bennett for backtracking on his electoral pledge to take care of these outposts, namely connecting them to state infrastructures. They said he now preferred the Arab electorate over his own people.

Thus, ironically, Bennett’s success with the electricity bill was hailed by his political enemies on the left and center, such as Transportation Minister Merav Michaeli and Health Minister Nitzan Horowitz. But the same law inflicted much political damage on Bennett within his own electoral base.

This might be the reason that at a certain point, when opposition legislators cried out that Yamina members should be ashamed of themselves, Bennett lost his cool. Bennett then accused Netanyahu of hypocrisy, reminding that Netanyahu himself had supported Israel’s 2005 disengagement plan from Gaza. Netanyahu did not fall into the trap. He did not respond with words but got up from his chair, turned his back to the crowd and left the plenum confidently. This left the prime minister to struggle with the controversial issues.

The results were embarrassing pictures of those who took part in the commotion, and certainly for Bennett who seemed unable to control his temper. The opposition members faced Bennett down like a wall and shouted “Go home” (a call that was used by Netanyahu’s opponents in demonstrations against him). They also shouted “You’re a con man and a liar” because Bennett had founded a coalition with left-wing parties, thus “selling his soul” to them.

In addition, the opposition protested that the bill was passed too quickly (using a fast-tracking procedure) without enough discussion and against the legal advice of the Knesset’s attorney general. The latter had declared that this procedure should only be used under drastic conditions. Thus, the opposition decided to boycott the vote. The result? The law passed with a majority of 61, without a single opponent.

And so, Bennett fell into the trap that the opposition had created for him, to embarrass him in the eyes of the right. Netanyahu himself went to the Knesset early in the morning to oversee the operation. He called a meeting in his chambers of the heads of the opposition factions, where they decided on a list of protest steps to take.

Adopting a dramatic tone, Netanyahu tweeted that “this is a black day for Zionism and democracy.” According to him, the "Bennett-Ra'am government today broke another anti-Zionist and anti-democratic record! In doing so, it is preparing for the Islamic Movement's takeover of the Negev and the Galilee and fulfills a central pillar of the Palestinian plan to exercise the 'right of return.'"

On the other side, many people blessed the program, including Minister of Regional Cooperation Issawi Frej, who said that this was good news for tens of thousands of citizens. Frej tweeted, “The right to be connected to electricity is a basic right for every citizen and should not be used for punishment.” Frej expressed his disappointment that members of the Arab Joint List (opposition) abstained from voting and wrote that they “have chosen to join the right-wing racists and to boycott the vote for the law, a law that is so important to the public that they are supposed to represent.”

Commotion and exchange of accusations did not stop there. At some point in the session, Ra’am member Valid Taha, who promotes the new law, delivered a speech in Arabic over many long minutes. Members of the right felt that this was proof that the Knesset is, indeed, under the control of the Islamic Movement. Likud Knesset member Shlomo Karhi shouted toward Taha, “Continue your speech in Arabic; let everyone know who is taking over the State.” Likud Knesset member Miki Zohar added, “You are arrogantly bragging behind our backs in Arabic. You forget that this is an Israeli parliament. It will bite you back in the future.”

Taha did not back away, responding, “It’s your problem that you didn’t learn Arabic.” At this point, Ra’am chairman Mansour Abbas, who was leading the discussion as deputy Knesset speaker, asked Taha to deliver his speech in Hebrew. One minute later, Abbas himself was seen arguing in Arabic from the podium with Arab Joint List member Aida Touma-Suleiman.

Clearly, all these images will stay with the Israeli public for a long time and be turned into weapons in the hands of the players in the next election campaign. Bennett will argue that the Likud and Netanyahu are thugs who destroy democracy. Netanyahu will claim that Bennett endangers the Zionist ethos. Ra’am will be able to show their public that they did the right thing in joining the government and that their efforts are bearing fruit.