Iran's latest violation of the 2015 nuclear agreement comes three days into a resumption of long-stalled negotiations in Vienna aimed at reviving the deal. 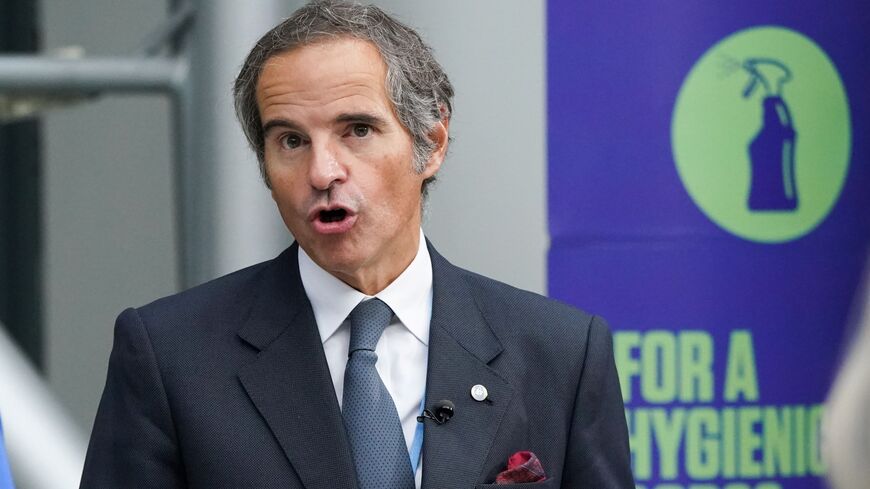 Rafael Mariano Grossi, director general of the International Atomic Energy Agency speaks to media on day six of the COP26 at SECC on Nov. 5, 2021, in Glasgow, Scotland. - Ian Forsyth/Getty Images

The Iranian government started enriching uranium up to 20% purity using advanced IR-6 centrifuges, in violation of the 2015 international nuclear agreement to which Tehran remains a party. The enrichment cluster includes 166 of the advanced machines at the subterranean Ferdow site, Reuters reported.

The International Atomic Energy Agency (IAEA) announced the finding as indirect negotiations are underway in Vienna between Iran and the United States aimed at reviving the 2015 agreement, which placed strict limits on Tehran’s nuclear program in exchange for economic sanctions relief.

The negotiations resumed on Monday after a five-month hiatus, but hopes for a restoration of the deal are dimming. The new Iranian government under President Ibrahim Raisi has taken a hard line in its demands towards the United States.

The US threatened last week to call an extraordinary session of the IAEA’s board of governors if Tehran does not comply with the agency’s requests of inspection access.

Iran’s government reduced the IAEA’s access earlier this year after blaming Israel for what it said was a sabotage attack that destroyed an IAEA camera at the Karaj nuclear facility near Tehran in June. The other cameras were then removed by the Iranian government.

IAEA chief Rafael Grossi said last week ahead of the resumption of international negotiations in Vienna that there had been no progress on restoring the agency’s access.

“We are close to the point where I would not be able to guarantee continuity of knowledge,” Grossi said in a news conference last week.

Israel’s government is urging western allies to take a firm approach in the latest round of negotiations and not to relieve sanctions. Prime Minister Naftali Bennett called on them not to give into what he called Iran’s “nuclear blackmail” in a video address on Monday.

Israeli officials have been publicly warning of its intent to militarily strike Iran if deemed necessary. Israeli officials have also passed intelligence to the US and other world powers that suggests Iran is making technical preparations to be able to produce military-grade uranium at the 90% purity threshold.

A spokesperson for Iran’s foreign ministry on Wednesday accused Israel of spreading “lies” in order to “poison” the negotiations, but Israel’s warnings could be having an effect.

Iran’s Tasnim News Agency cited a source on Wednesday as saying that European governments are seeking to end this round of negotiations by the end of the week.

The Donald Trump administration in the US pulled out of the agreement in 2018 with the support of regional allies Saudi Arabia and Israel, who saw the deal as insufficient to curtail Iran’s ambitions in the region.

The Trump administration initiated a so-called “maximum pressure” campaign of economic sanctions on Iran in a bid to roll back its support for influential proxy militias in the region.

The Biden administration has sought to rejoin the agreement. US intelligence assessments have concluded that the leaving the deal and imposing sanctions on Iran did not change its government’s ambitions to gain influence in the region, including by passing ballistic missiles and drones to proxy militias to strike at US allies.