The UN International Atomic Energy Agency also has concluded that Iran is continuing to produce uranium metal in violation of the 2015 nuclear deal. 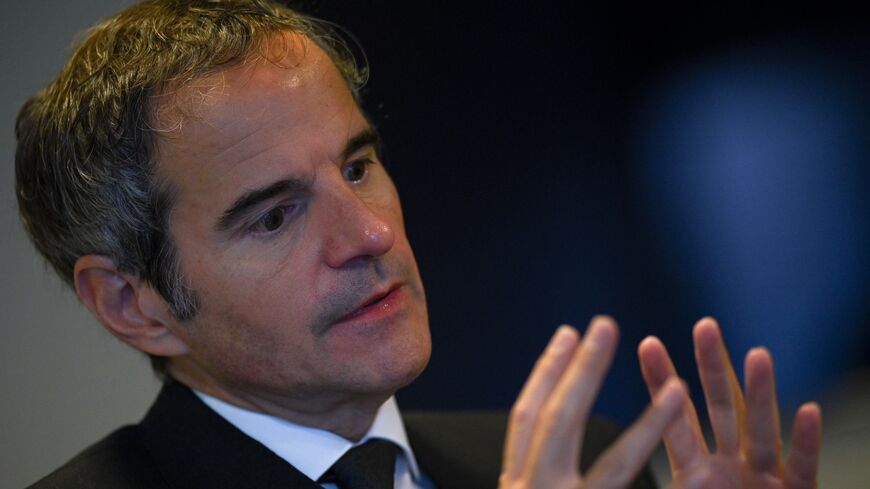 The director general of the International Atomic Energy Agency, Rafael Grossi, speaks during an interview with AFP at the Hilton Hotel in Rio de Janeiro, Brazil, on July 19, 2021. Reuters reported that Grossi said on Aug. 18, 2021, that Iran has manufactured 200 grams of uranium metal enriched up to 20%. - ANDRE BORGES/AFP via Getty Images

Iran says its scientists have ramped up production of near-weapons grade uranium, the latest breach of the landmark nuclear accord that world powers are trying to salvage.

Iranian Foreign Ministry spokesman Saeed Khatibzadeh described the uranium enrichment as "compensatory measures" taken in response to the "widespread violations" by the United States and other parties to the nuclear pact.

“All of [Iran’s] nuclear programs and actions are in complete compliance with the NPT (Non-Proliferation Treaty), Iran’s safeguards commitments, under IAEA supervision and previously announced,” Khatibzadeh said in a statement.

In January, Iran said scientists at its Fordow plant were enriching uranium at 20% purity, far beyond the nuclear deal’s limit of 3.67% but still short of the 90% Iran would need to build a bomb. In response to a suspected Israeli attack on its Natanz nuclear facility, Iran announced in April that it had enriched uranium up to 60% purity.

The higher enrichment brings Iran closer to possessing weapons-grade fuel, and is one of several actions Iran has taken to upgrade its nuclear program since President Donald Trump withdrew from the Joint Comprehensive Plan of Action (JCPOA) in 2018 and reinstated harsh economic sanctions.

President Joe Biden wants to rejoin the 2015 accord, which offered sanctions relief in exchange for curbs on Iran’s nuclear program, as a starting point for follow-on negotiations aimed at crafting a stronger deal.

But negotiations in Vienna stalled in June following the election of hard-line President Ebrahim Raisi, who demanded the United States first lift its “tyrannical” sanctions before Tehran returns to compliance. No date has been set for a seventh round of negotiations.

As the talks remain on hold, Iran continues to violate the nuclear deal, including by producing uranium metal. Reuters reported that IAEA director-general Rafael Grossi told member countries Monday that Iran has manufactured 200 grams of uranium metal enriched up to 20%.

State Department spokesman Ned Price on Monday condemned the uranium metal production as “unconstructive and inconsistent with a return to mutual compliance.”

“Such escalations will not provide Iran negotiating leverage in any renewed talks on a mutual return to JCPOA compliance and will only lead to Iran’s further isolation,” Price said in a statement.