The State Department condemned Iran's violations of the deal following a UN watchdog report that found Tehran has produced 200 grams of uranium metal enriched up to 20%. 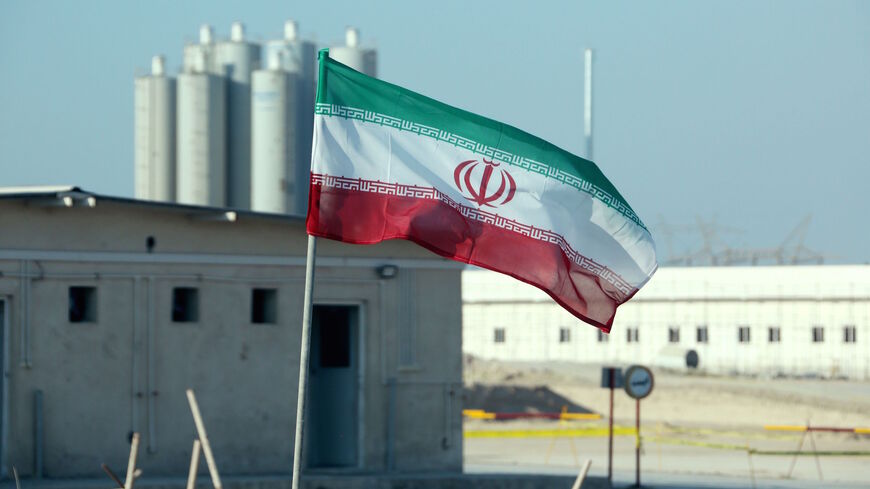 A picture taken on Nov. 10, 2019, shows an Iranian flag in Iran's Bushehr nuclear power plant during an official ceremony to kick-start works on a second reactor at the facility. - ATTA KENARE/AFP via Getty Images

Rafael Grossi, the head of the United Nations’ International Atomic Energy Agency watchdog, reportedly told member countries on Monday that Iran has manufactured 200 grams of uranium metal enriched up to 20%.

Uranium metal can be used as a central component in a nuclear warhead. Iran’s production of the material is a major violation of the 2015 nuclear deal, known as the Joint Comprehensive Plan of Action (JCPOA), which called for a 15-year ban on Iran producing or acquiring uranium metals.

Iran’s uranium metal production has increased significantly since February, when the UN’s nuclear watchdog reported Iran had produced 3.6 grams at a nuclear facility in Isfahan. Tehran insists its nuclear program is peaceful and says the uranium metal is for fueling a research reactor.

In a statement late Monday, State Department spokesperson Ned Price said Iran has no credible need to produce uranium metal, a move he called “unconstructive and inconsistent with a return to mutual compliance.”

“Iran should cease its nuclear escalations and return to negotiations toward full implementation,” he said.

In 2018 former President Donald Trump unilaterally withdrew from the JCPOA, which offered Iran sanctions relief in exchange for curbs on its nuclear program. In response to the Trump administration’s harsh economic sanctions, Iran has steadily violated the terms of the deal.

In January, Iran said scientists at its Fordow plant were enriching uranium at 20% purity, far beyond the JCPOA’s limit of 3.67%. US and European officials have estimated Iran’s so-called breakout time — the time it would take to amass enough fissile material to build a bomb — has dropped to two to three months.

Biden has pledged to rejoin the multilateral accord if Iran rolls back its nuclear violations, but Iran says it will return to compliance only after Washington lifts all sanctions imposed by the Trump administration.

Negotiations between the JCPOA’s original signatories have been on hold since June, with no date set for a seventh round of talks in Vienna. The election of hard-liner Ebrahim Raisi and recent maritime attacks blamed on Iran have thrown prospects for a revived deal into further doubt.

Price said the United States is not imposing a deadline for negotiations, but “this window will not remain open indefinitely.”

“Such escalations will not provide Iran negotiating leverage in any renewed talks on a mutual return to JCPOA compliance and will only lead to Iran’s further isolation,” Price said.