Tehran officials informed the United Nations' nuclear watchdog that assembly equipment is being prepared to produce the nuclear fuel. 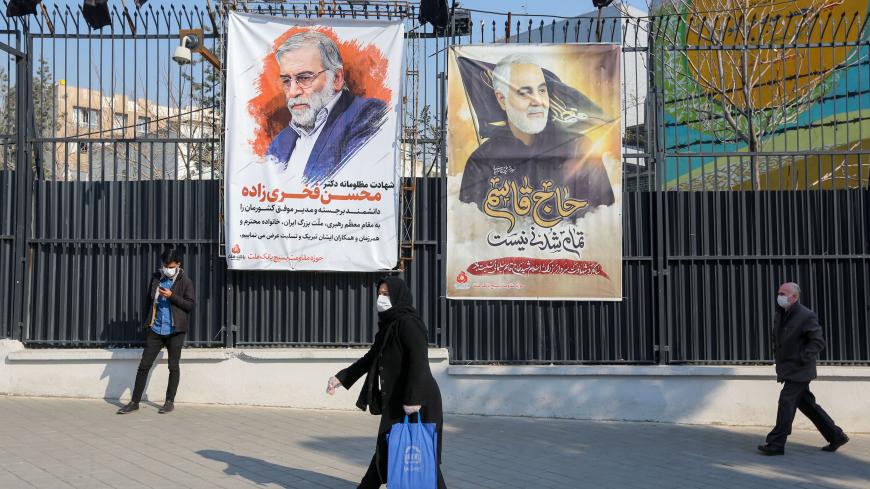 Iran’s ambassador to the United Nations announced his government has begun preparations to manufacture uranium metal, a fuel used in nuclear reactors that can also be used as a central component in a nuclear warhead, in the Islamic Republic’s latest violation of the 2015 nuclear deal.

Research and Development “activities related to the design of an improved type of fuel for the Tehran Research Reactor started,” Kazem Gharib Abadi, the Islamic Republic’s permanent representative to the UN, announced on Twitter on Wednesday.

“Natural uranium will be used to produce uranium metal in the first stage,” he wrote, adding that the UN’s nuclear watchdog, the International Atomic Energy Agency, was informed of the move and had conducted an inspection of the country’s main nuclear production site at Isfahan.

Iranian officials told the IAEA that the material would be enriched up to 20% and used for fuel at Tehran’s research reactor, according to the watchdog report, first revealed by Reuters. Iranian officials reportedly did not offer the IAEA a timeline for the activation of the assembly equipment, but the uranium powder necessary to make the fuel could take up to five months to produce, according to The Wall Street Journal.

Iran is not believed to currently possess uranium metal and is barred from producing or obtaining the material until at least 2030 under the Joint Comprehensive Plan of Action, or JCPOA.

The development follows a series of publicly declared breaches in response to the Donald Trump administration’s deployment of sanctions against the Iranian regime after the United States walked out of the nuclear deal in 2018.

Iran’s parliament and Guardian Council passed a law early last month requiring the government to ramp up its nuclear activities, including constructing a heavy water reactor and producing 120 kilograms of uranium enriched to 20% if demands for sanctions relief are not met.

That law passed after Mohsen Fakhrizadeh, one of the country’s top nuclear scientists, was assassinated in a roadside ambush in the country’s north in November. Iranian leaders have accused Israel of orchestrating the attack.

The Islamic Republic has ramped up its JCPOA violations over the last year and a half as the Trump administration and Israel have put increasing pressure on Iran for its activities at home and abroad.

Wednesday’s violation raises the stakes with the incoming administration President-elect Joe Biden, who has said his government will seek to rejoin the 2015 nuclear deal if Iran ceases its violations. Iranian officials in turn have signaled that the United States must also return to full compliance with the deal, including sanctions relief.

While both countries indicate interest in rejoining the deal, the time window for negotiations may be brief, with Iran’s President Hassan Rouhani's time in office set to end with elections in June.

Iran’s Foreign Ministry shot down a senior lawmaker’s statement this week that the government would expel IAEA inspectors if the Biden administration fails to lift sanctions by Feb. 21.