The best way to de-escalate tensions is for both Washington and Tehran to comply with the Iran nuclear deal — and go from there. 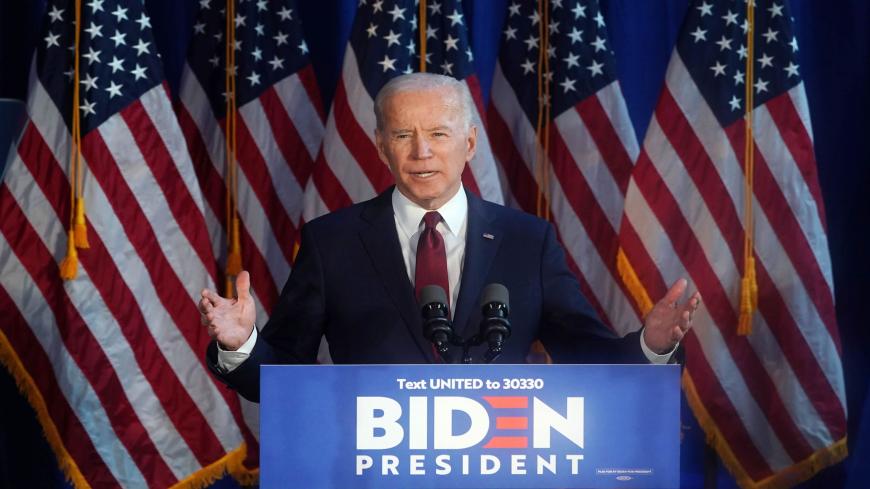 News on Jan. 13 that Iran has started work on an assembly line to manufacture uranium metal makes it more imperative to quickly restore the 2015 nuclear accord that restricted such activity, although Iran’s move may also make it harder for President-elect Joe Biden to follow through on his election pledge to resume US compliance with the deal, known as the Joint Comprehensive Plan of Action (JCPOA).

Laying out his plan in a Sept. 13 article via CNN, Biden said he would return the United States to the accord if Iran returned to strict compliance with its nuclear limits. He implied it would be a clean “compliance for compliance” trade-off. Biden did not insist that Iran would have to move first; the typical diplomatic solution is for simultaneous actions. Nor did he set other conditions. Biden said he would use a restored JCPOA as a basis for engaging Iran on other issues of concern, including Iran’s missile program, involvement in regional conflicts, detention of American citizens and human rights abuses.

Biden’s plan faces considerable opposition from those who insist he should not “squander the leverage” that his predecessor’s “maximum pressure” campaign supposedly built up. But did that policy truly create leverage? US withdrawal from the JCPOA in 2018 and the avalanche of sanctions subsequently imposed created economic distress for Iranian citizens but completely failed to achieve any of the 12 demands laid out by Secretary of State Mike Pompeo on May 21, 2018. To the contrary, Iran’s position hardened across the board. As former CIA Iran analyst Paul Pillar explained, leverage was destroyed, rather than accumulated, when the Trump administration punished Iran even though it was adhering to the JCPOA conditions. And having betrayed its partners, the United States is in a worse position than it was while negotiating the JCPOA. With the exception of a couple of states in the Middle East, all US partners want a clean return to the deal.

Meanwhile, Iran has been building up its own leverage over the past 18 months by steadily reducing its own commitment to the deal. By accumulating 12 times the amount of enriched uranium allowed by the deal, employing 174 advanced IR-2M centrifuges and increasing the enrichment level to near 20%, Iran has advanced its nuclear weapons potential to the point where, theoretically, it could produce a weapon’s worth of weapon’s grade uranium in less than three months.

As nuclear expert James Acton warned, Iran will escalate its violations if Biden does not move quickly to restore the 2015 accord. If Biden instead seeks to negotiate a new deal, Iran’s new leverage means it could be a worse deal than the JCPOA. Biden should seize the clean deal that Foreign Minister Mohammad Javad Zarif implicitly offered in mid-November.

If both sides agree to restore the JCPOA, these nuclear advances can be reversed within four months. Iran’s most recent move to produce uranium metal is another matter, however. The knowledge that Iran would acquire by setting up a process line and then manufacturing the metal cannot be reversed. Nor can the signal about Iran’s intentions.

Iranian Ambassador to the International Atomic Energy Agency (IAEA) Kazem Gharib Abadi tweeted Jan. 13 that developing uranium metal would allow Iran to develop improved fuel for the Tehran Research Reactor, which is used to produce medical isotopes. Because uranium metal is also a vital component for the production of nuclear bomb pits, plans to develop it have long raised concerns.

In 2005, IAEA discovery in Iran of a 15-page document from the A.Q. Khan black market network describing how to machine uranium metal into hemispheres set off alarm bells. It was damning evidence that Tehran’s nuclear hedging strategy had entered a new stage. But for the past decade or more, Iran is not known to have engaged in uranium metal production. Doing so now would give it a worrisome new capability.

The move to uranium metal production plan and enrichment to 20% were unintended consequences of Israel’s Nov. 27 assassination of nuclear scientist Mohsen Fakhrizadeh. Three days after his killing, the Iranian parliament legislated the tough new measures. Other provisions required reducing the level of IAEA inspections in two months if US sanctions are not reversed. Although President Hassan Rouhani demurred, the Guardian Council and National Security Council mandated moving ahead. Some of the provisions were misinterpreted by Western media outlets that incorrectly reported Iran would halt inspections. In fact, under the new legislation, Iran will continue to accept regular IAEA inspections, but not the intrusive provisions of the safeguards Additional Protocol. This is worrisome enough in that it would be the first encroachment on the inspection provisions of the deal, although Iran already had been resisting IAEA efforts to clarify why uranium enrichment particles were found at an undeclared site.

Just before the uranium metal plan was announced, IAEA Director General Rafael Grossi expressed a sense of urgency about Iran’s growing capabilities, noting that 20% enrichment was proceeding “quite rapidly,” at the deeply buried underground enrichment facility at Fordow. "It is clear that we don't have many months ahead of us. We have weeks," Grossi said. He was speaking on technical grounds; there is also a political timetable for moving quickly before Rouhani’s term expires this summer.

Iran’s latest moves are meant not to begin a dash to nuclear weapons but to persuade Biden to overturn outgoing President Donald Trump’s sanctions. It is nuclear hedging aligned with brinksmanship. By seeking to push Biden into a corner, however, Iran is overstepping. In the days ahead as America emerges from its domestic turmoil, foreign policy arguments not to give in to Iranian blackmail will be amplified.

Biden’s best path forward is to proceed quickly with his stated intention to restore America’s commitment to the JCPOA as long as Iran does so as well. Both sides should forgo additional conditions. For Iran, this means putting aside demands for compensation for lost trade due to the sanctions. For the United States, a clean deal means using separate negotiations to pursue other issues of concern, including the desire to extend enrichment limit timelines. The United States has ample leverage to press such objective, including positive incentives that have been off the table for too long such as allowing direct US trade with Iran. Even Trump, in his pre-presidential days, lamented that US business was the loser in the Iran sanctions game.

In the past two years, Trump went the opposite direction in trying to impede trade with Iran by all parties. The hawks who encouraged his failed maximum pressure campaign should be ignored when they press for Biden to continue the failure. Otherwise, the crisis will only worsen.